The Legend of Heroes: Trails in the Sky SC Review

Four years after the first Legend of Heroes: Trails in the Sky showed that the series could indeed find an audience outside of Japan, The Legend of Heroes: Trails in the Sky Second Chapter has at last arrived with an English localization. Considering its clear relation to the first title, Second Chapter‘s strong resemblance to what came before ought to be unsurprising. Those who were not engaged with the prior title are unlikely to feel any differently now, but those who were pleased with the first chapter and have yet to take the plunge on purchasing this one have no reason to delay any longer.

Trails in the Sky‘s cliffhanger conclusion is picked up mere moments later, as Estelle Bright tries to cope with her adopted brother Joshua’s sudden departure. She sorts out her priorities and vows to pursue Joshua, though enhancing her skills a bit with some high-level training comes first. Absent any signs of Joshua, she and fellow Bracers prowl the nation of Liberl for signs of activity by Ouroboros. This is the hidden organization that once counted Joshua among its members, and soon enough unmistakable evidence of its existence starts to appear. Ouroboros’s agenda will prove to be quite injurious to the nation of Liberl.

While jumping into Second Chapter without playing the first Trails in the Sky will probably result in befuddlement, there aren’t any other issues with the narrative. Falcom’s writers do a superb job of giving the many characters distinct personalities, and XSEED’s localization skill ensures that none of what they have to say is inexplicable or confounding. The leads get plenty of development, and so do many of the prominent NPCs. Ouroboros’s plot takes its time to be unveiled, but the climax is a fitting reward for the time investment needed to get there. 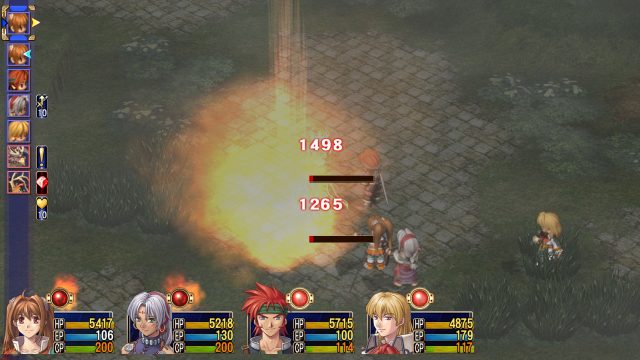 The first Trails in the Sky had a combat system with numerous tactical elements, and its tenets are mostly replicated in Second Chapter. Characters have to move around the battleground in order to come to grips with the enemy, though those armed with long-range weapons don’t need to worry as much about positioning. Using magical arts requires a bit of waiting, and certain techniques can cancel the intended action. Quite a variety of methods to affect the battle are available, some of which take effect upon a specific combatant’s location while others will strike an area regardless of whether anything is currently within it. The only mechanic not seen in the first Trails is the option to have characters launch a combination attack, but it does not change much in a system that already worked quite well.

There are some additions to the Orbment slots of the first title, which govern the arts and statistics of characters to a considerable degree. More powerful Orbs are found that allow statistic enhancement of even greater amounts, but also require characters to spend precious battle rewards upgrading capacity. Also new to the second Trails in the Sky is a difficulty select upon beginning the game. It makes an enormous difference, although a few bosses can still pose a threat even on easy. At higher challenge levels mastery of the game’s combat intricacies is mandatory for survival, along with proper preparation by use of the Orbment slots.

Linearity was a key trait of the first Trails in the Sky, and the second follows in this too. Many optional quests have strict limits regarding their completion, and it is easy to initiate the next series of main plot events that will leave these missions forever unfinished. The linearity also extends to exploration, meaning that numerous areas will not be seen again after a certain point. For those trying to do everything possible, this demands very close attention be paid. Finishing everything possible will require quite a bit of time, but just going through the central storyline can be done in forty-five hours.

Second Chapter has an extended buildup before Ouroboros’s machinations are fully manifested, and during this portion of the game players get to traipse through the same five locations in Liberl that were already seen in the first game. Doing this affords chances to check in with all the NPCs met in these locations, but aside from their text not much has changed. A new area does appear at the end of each chapter, but most of the enemies seen while navigating the familiar spots are palette-swapped from those that were already beaten down aplenty in the first game. There is a justification that the palette-swapped foes have at least become stronger, but there is still a paucity of new enemy designs until later on in the game. 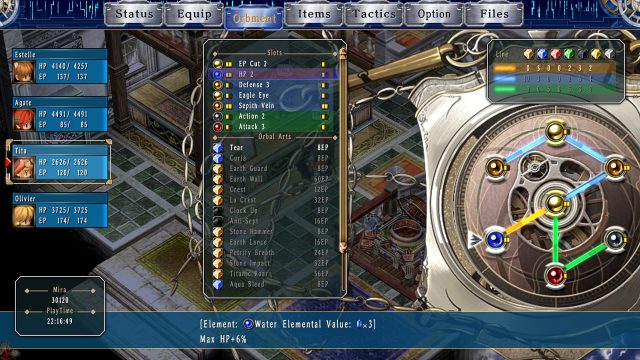 Every effort to reinvent Tic-Tac-Toe has gone as badly as this.

Considering the amount of landscape material already seen in the first Trails in the Sky, the second title’s visuals are unsurprisingly very close in quality. These sprites and locations are not too impressive at a glance, but spending time with them makes clear the impressive attention to detail Falcom paid. Numerous special attacks display intriguing and captivating animations, which may not measure up to the top-tier PC titles from 2006 but are nevertheless worthy of commendation.

Aurally the second Trails in the Sky is also quite similar to the first, though the tunes heard before remain captivating. Many new tracks will also be heard, along with a number of different versions for previously introduced compositions that demonstrate their surprising versatility. The short vocal clips played in battle are the only voice acting to be heard, and they’re solid.

Neither Trails in the Sky game released by XSEED can claim to have revolutionized the RPG genre, but taken together these two represent one of Japan’s stronger forays in the field. Though the second’s conclusion is not nearly as incomplete as the first, there is a third Trails title to tempt players, along with the many other entries in this sizable series that have not properly crossed the Pacific. Perhaps one day gamers outside Japan will be able to appreciate the full scope of this series, which takes time to develop pieces of its world in detail. Until then, at least the two Trails in the Sky games show how rewarding the series can be, and the upcoming Cold Steel shows that more is on the way for non-Japanese speakers. 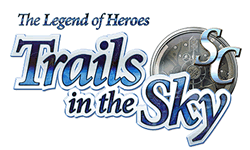