The SaGa series has seen a resurgence in the west, with recent ports of Romancing SaGa 2 and 3, the western premiere of the formerly PlayStation Vita-exclusive SaGa Scarlet Grace: Ambitions, a new mobile title, and even a Nintendo Switch compilation of the Game Boy series known in the west as Final Fantasy Legend. Between the revitalization of the series and scarcity of the original title, Square Enix announced SaGa Frontier Remastered, previously released for the original PlayStation in the west in 1998. Widely considered a cult classic, SaGa Frontier represents the first exposure of the series to many RPGamers. With meaningful quality-of-life updates, notable additions to multiple storylines, including a new playable character, Square Enix has established a model for reintroducing nostalgic classics to modern audiences without diluting the essence of a wonderful, challenging, and sometimes confounding experience.

The player is immediately given the opportunity to choose one of several characters. This is not a standard RPG tale of strangers banding together to defeat a world-threatening terror. Rather, these are seven (eventually eight) personal journeys featuring questions of identity, destiny, belonging, and revenge. These disparate storylines are loosely woven throughout the game world with an emphasis on player choice in what is dubbed the “Free-Form Scenario.” In SaGa Frontier, there is no onboarding process or an airship to acquire twenty hours in. Instead, the journey truly is the destination, and the player is given control over nearly ever aspect of the narrative.

While each storyline varies in length and quality, all of them provide some level of non-linear exploration with a keen focus on sidequests and character recruitment. There are dozens of characters to recruit, some of whom may be crucial to the plot in one story but only uttering a sentence in another. It is common to pick up other major characters during a playthrough, even if they are irrelevant to the player character’s story. While some of the individual characters feature razor-thin backstories, it is thematically consistent that each character contributes to the overarching sense of smaller, individualized journeys that intersect more than intertwine. 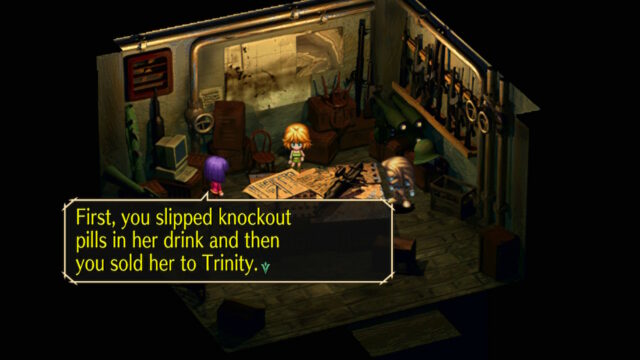 There’s definitely a better way to describe this.

The Free-Form Scenario system ensures different players will get different experiences. The flow of individual storylines is uncomplicated, and the freedom offered to players grants wide possibilities. While some protagonists’ plotlines feature a good number of story sequences, other main characters can reach their final boss within hours or even minutes. In between main scenario quests, players are expected to complete sidequests, recruit party members, and engage in battle to learn new abilities and level up individual character attributes. The gameplay loop is relaxed and player-oriented, allowing for leisurely exploration and providing an organic sense of an unpredictable, open world.

This freedom is a double-edged sword: it is both thrilling and overwhelming to be adrift in a sea of choice. There are numerous “points of no return” in any given story with little to no warning, ranging from a fork in the story path to even precluding specific types of abilities (as certain types of magic will foreclose learning abilities of the opposing element). While meaningful player choice is appreciated, sometimes even a mundane choice may have massive implications for a player who almost certainly won’t know until it is too late. In this game, ignorance is costly bliss. While the SaGa series is known for unconventional gameplay, newcomers to the series may be blindsided by these particular quirks.

From a presentation standpoint, SaGa Frontier Remastered regularly underscores how poorly the original title has aged. SaGa Frontier seemed dated in 1998, with muddled 2D backgrounds, ugly menu backgrounds, and a dreadful font. The remastered graphics strike a delicate balance between acknowledging nostalgia while embracing modernity. While some purists may be unsettled by the new direction in this remaster, the graphical improvements to the backgrounds, character models, menus, and even font are a significant boon for the title’s overall presentation and accessibility. Menus are sleek and refined, while character models maintain their nostalgic charm, even if their original jagged 16-bit sprites have been smoothed out. Enemy models are also cleaned up, though the results are not quite as successful when compared to the character models, as some enemy designs are not as clear. Series staple Kenji Ito returns to provide an eclectic score that effectively captures the many different regions in the game, which are coupled with a wide range of energetic battle themes. There are only a few new tracks added for the remaster, but they sound right at home. 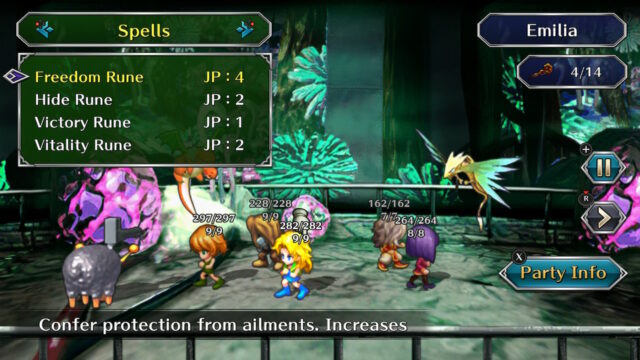 The remastered graphics strike a great balance between modernity and nostalgia.

Battles in SaGa Frontier Remastered have the veneer of an ordinary turn-based battle system, but underneath is a bevy of deep mechanics. While there are no numbered levels assigned to player progress, there still is a staggering amount of attributes and numbers to manage, especially in close combat. When a character runs out of hit points, they are knocked out but can be resuscitated through healing magic or items. If they continue to sustain damage, they lose Life Points and eventually become incapacitated until those Life Points are restored. While there are no formal magic points, there are still Weapon Points and Job Points for specific abilities to keep in mind. While all this math seems like a lot to keep track of, battles have an incredible rhythm that sustains the battle system for dozens of hours.

No experience points are awarded after battle. Instead, individual statistics increase after an encounter depending on their use. Weapon abilities are most commonly learned through repetitive use of a weapon type, introducing the new ability mid-battle with a “glimmer.” These satisfying moments involve a lightbulb going off over the character’s head as they deploy the new skill. Similarly satisfying is the frequent nature in which characters join together for combination attacks featuring two, three, or even all five party members. The end result is usually devastating and frequently the key to overpowering difficult encounters. The randomness of these systems can make long-term planning difficult, especially when attempting to learn crucial end-game techniques. The incremental leveling and both glimmer and combo systems elevate the gameplay, establishing a satisfying cadence. The strengths of these disparate systems combine to create a truly unique and thoroughly replayable battle system and gaming experience.

SaGa Frontier Remastered continues the series’ reputation of being unforgiving. The battle system is masterful, and attempting to spam basic attacks through regular encounters will bring about an inevitable game over. Although ordinary enemies scale with the characters, boss enemy statistics remain constant, making it difficult to gauge the party’s readiness for a boss encounter. While there are no random battles, enemies respawn when you leave the current screen, which makes the frequent backtracking through usually small dungeons a slight annoyance. In theory, it is possible to avoid enemies, but attempts to do so, especially when using the high-speed modes, are nearly impossible. Fortunately, HP are restored after each encounter and players can usually escape from standard battles. 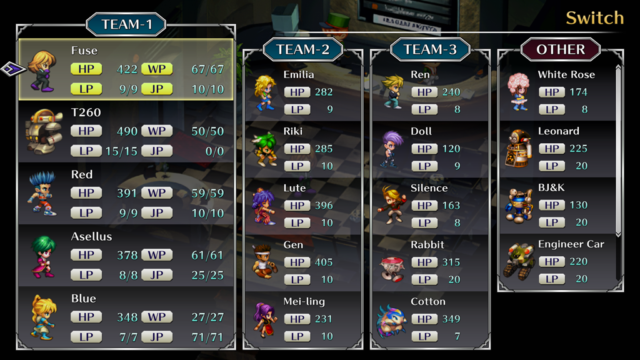 Not 108 of them, but stars of destiny in their own right.

SaGa Frontier Remastered includes a host of quality-of-life improvements aimed at modernizing some aspects of the core gameplay. Exploration and battle sequences can be hastened with various speed settings, allowing players to travel through dungeons and battles at a rapid clip. Map exit icons can be toggled on, which is helpful when exploring busier locations. There are multiple settings to auto-equip characters based on fighting preferences, and the stats of weapons are now fully on display, resolving a major complaint from the original. A New Game + mode has been added, which is especially useful given the numerous playthroughs encouraged. Players can decide what to carry over, providing for deep customization as one works towards completing all eight storylines. In terms of new content, previously scrapped scenes have been added to Asellus’ storyline, while a side character from the original, Fuse, has been upgraded to a main character who becomes available upon completing at least one other character’s story. This extra story content feels organic and respectful to the original game while also serving as a gift for longtime fans.

The SaGa series is not for every RPGamer. Over 23 years after its initial release, the original game can be unwieldy and has not aged particularly well. With SaGa Frontier Remastered, Square Enix has demonstrated a skilled grasp at modernizing a gaming experience while preserving the foundation and integrity of the original. The improvements to graphics, gameplay, and story arguably make SaGa Frontier Remastered the most accessible entry-point for series newcomers while offering plenty to entice returning SaGa Frontier fans as well. 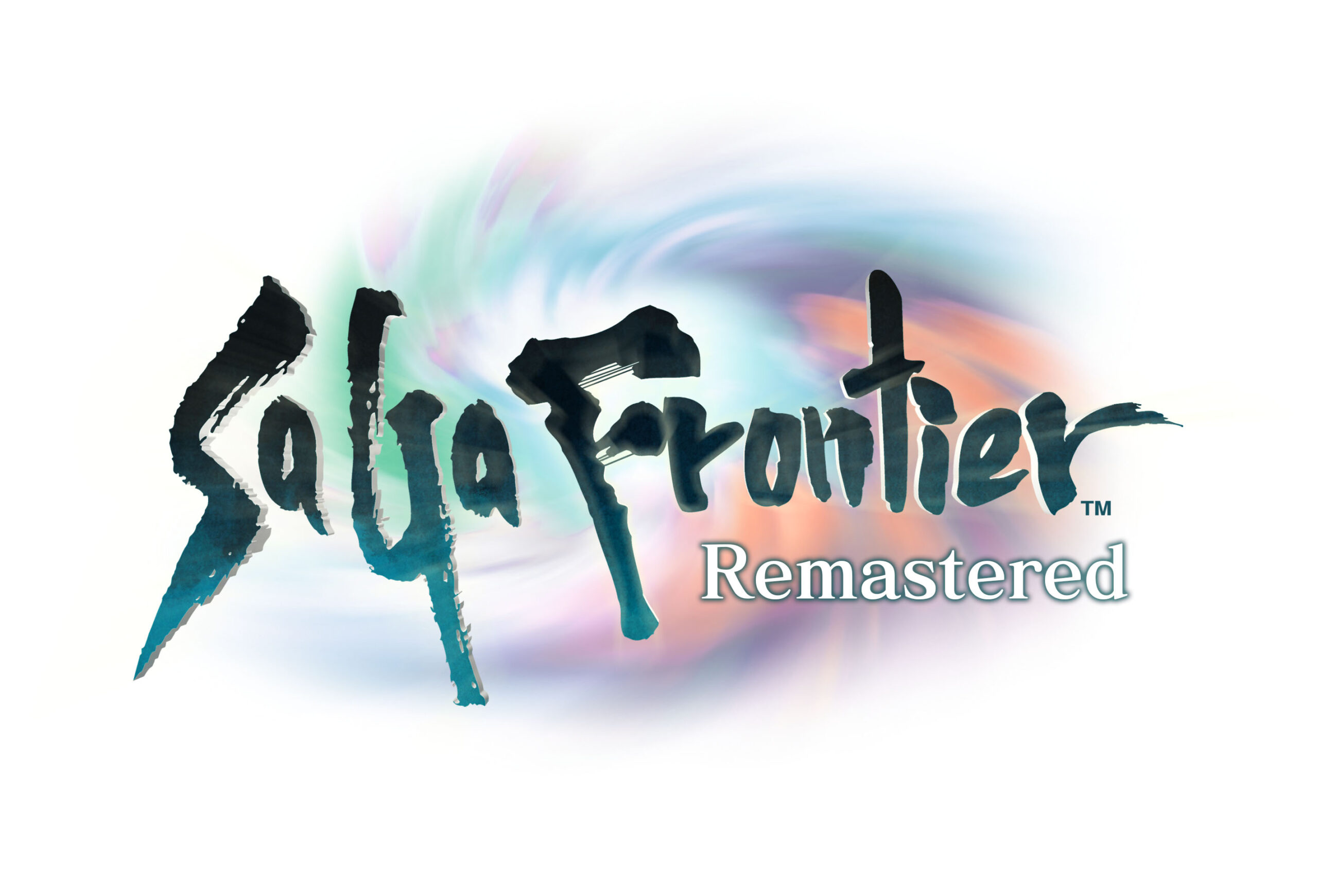