The SaGa series has always delivered an experience outside typical JRPG tropes and instead offers almost unlimited freedom in how to approach each game’s journey. Proffering a steep learning curve, only the heartiest adventurers will stand up to the challenge of an unrelenting combat system. Its fourth entry, Romancing Saga, previously journeyed from Super Nintendo to PlayStation 2, and now arrives on modern consoles as Romancing SaGa -Minstrel Song- Remastered. While the game delivers unique playthroughs for each player, it comes at the risk of its variability striking as arbitrary randomness rather than depth.

Romancing SaGa’s plot revolves around eight intertwining protagonists in the fantasy world of Mardias. It’s brief, doesn’t add much, and soon leaves the player on their own. At first, the game sets the stage for a grand finale, moving the plot with narrative and character development, as is customary for many JRPGs. However, much of the script is unceremoniously awkward. Moments of tension, where the player might look forward to some crucial outcome, end up in a flash, soon discard in favour of an irrelevant dialogue exchange afterwards. Due to the lack of a central narrative path, plot points are frequently experienced out of a recognisable sequence, rendering many story developments unsatisfying, if not confusing. The eponymous Minstrel serves as a backbone to the cluttered narrative, and it’s up to the player to piece together his different tales if they want to fully capture the game’s backstory. The execution is a bit shallow since it’s easy to overlook the Minstrel’s presence. The lore is exciting and adds welcome richness to the world, but getting to it requires players work through its low-key, stiff presentation. 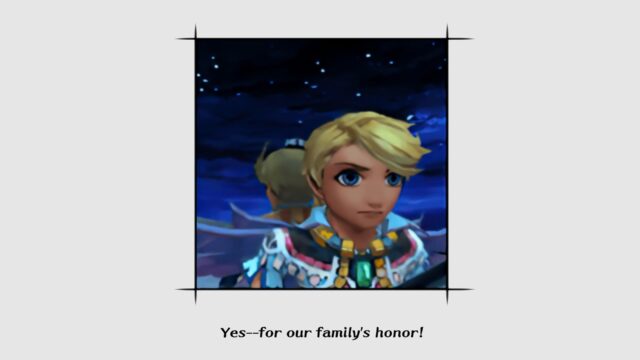 The rare cutscenes in the game use a comic-book format.

While players may struggle to keep track of the story, they are thoroughly rewarded for undaunted exploration; rather than being pointed down a pre-set path, events, maps, and quests must be discovered by slowing down and engaging with NPCs. Examples of the wide variety of adventures available include searching for a pirate’s lost treasure, saving a race of lizardmen, finding statues for a mysterious girl, and scavenging tombs. Over time, news quests become available, and older ones cease to exist, even prompting failure. To track this, there’s a sort of apocalyptic clock called Event Rank that shapes the world as it progresses. At first, the player encounters only mundane chores, but as the threat rises, monsters begin to raid cities, notable characters disappear, and quests become more imperative to Mardias’ survival.

All the game’s information is tracked in the notes menu, along with quests, maps, and other records, and is carried over into New Game+ playthroughs. Due to the Event Rank system, it’s virtually impossible to do everything in one playthrough, so keeping quest progress into a new one is an appreciable touch, though some adventures are exclusive to specific protagonists. The game’s structure and multiple protagonists encourage numerous playthroughs, with players able to see how different outcomes and events play out from all the perspectives on offer.

For a game relucant to deliver a clear narrative, Romancing SaGa does not spare any effort to try and explain its overcomplex systems. Or at least try. It’s intimidating at first how all of its menus possess a tooltip detailing each data displayed, and if some feel like an explanation has been left out, some NPCs in cities serve as tutorials. The sheer amount of information they can spout is frightening and it can be easy to skip past without reading, but doing so can invite a troubled experience. Depending on one’s play style, Romancing SaGa -Minstrel Song- can become a herculean task, especially in battle. 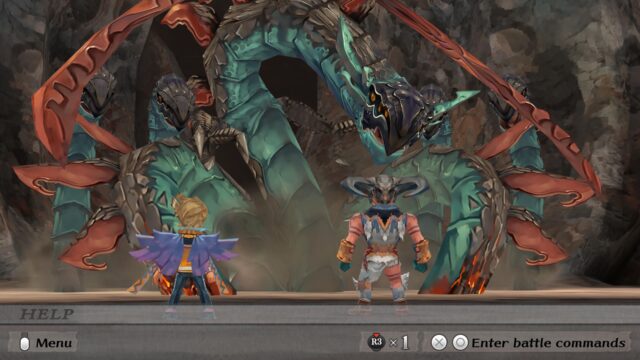 Bosses’ designs are striking and a highlight of the game.

Though rooted in classic turn-based mechanics, Romancing SaGa brings its own twist to traditional combat systems. As in most SaGa games, individual characters don’t have levels; instead, attributes have a chance of increasing at the end of a battle. New combat moves can be triggered while fighting via Glimmer, a eureka moment where a character learns a new skill and immediately uses it. However, when these new skills may be discovered are largely unclear and seems to primarily hinge on challenging fights such as boss encounters or weapon skill proficiency. Once learned, combat skills have two costs: Battle Points (BP) or Durability Points (DP); characters naturally accrue BP through combat, while DP depletes the durability of a weapon, which may break and require repair.

At first, many battles are won with basic attacks or low-cost battle skills. When enemies get stronger, managing BP is critical to employ more powerful skills or align them with the other party members to trigger combos. Using battle resources strategically can be the difference between life and death, even though many victories depend more on luck than on player skill.

Similarly, characters have hit points (HP) and life points (LP). If a party member’s HP reaches 0, they will be knocked out, but healing will put them back. Failing to heal in a timely manner will cost LP, and if that value is completely depleted, a party member will be permanently lost. In this instance, new party members can be recruited from the local pub. These potential recruits vary from remarkable or noteworthy cast members, such as other protagonists, to generic units with names like “Sorceress.” 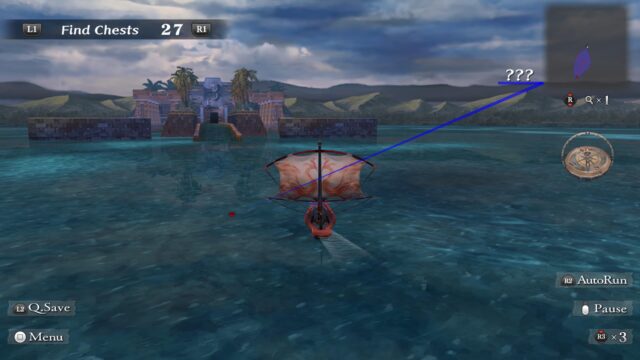 Horses and ships are other means of transport, although nonessential.

However, the player must always be aware of combat’s double-edged sword: each successful battle is added to an invisible count known as the “Battle Rank,” an ever-elusive mechanic that dictates the monsters’ strength. After certain thresholds, the overall Battle Rank increases, and so does the combat difficulty, which can carry on until every battle turns into a potential game over. This may give the impression that Romancing SaGa punishes players for grinding, but it encourages players to find alternative ways to become stronger besides repeated encounters. For example, completing quests rewards jewels that can be used to upgrade weapons, spells, and proficiencies skill levels, while specific skillsets unlock new classes. Ignoring these alternatives to focus on repetitive battles to increase a character’s attribute is dangerous in the long run. The Battle Rank’s threat will not budge for those who have neglected to level their class, forge their weapons or buy new spells. Romancing SaGa will, and seems to enjoy, punish players who disregard all of its systems.

The remaster of Romancing SaGa brings several appreciable quality-of-life improvements, including an updated UI and a threefold fast forward, the latter being especially relished as the game invites repeated playthroughs. The graphical upgrade provides more vivid scenery while smoothing out the cartoonish characters, adding a touch of charm to the design. For a game entitled Minstrel Song, it also leaves nothing to be desired in the music department, with the lute-drenched main theme sung by Minstrel setting the scene for the adventure and the epics boss soundtracks cleverly evoking the threat faced. The score also aligns perfectly with the design and culture of the regions. A country village has a peaceful, serene melody, while a city of thieves expresses urgency and a sling of mystery in its soundtrack.

Romancing SaGa -Minstrel Song- Remastered brings all the non-linearity of the franchise with some welcoming quality-of-life additions. The combat’s brutality will present a challenge even to hardened veterans and will be merciless to those who are just strolling by. The game isn’t for everyone; it requires both time and patience to learn how everything ticks. However, those willing to engage in the game, particularly across multiple playthroughs, can find a title packed with nuances and peculiarities that still stand the test of time.

Murillo is passionate about role-playing games, fantasy books, and shonen anime. Hopes to contribute to Final Fantasy XVII one day as part of the scriptwriting team.