CrossCode first came into the public eye through a successfully crowdfunding campaign on Indiegogo. Though like many projects it took a bit longer than initially planned, but it finally made its debut on Steam in 2018 and has now branched out to other systems, including the Nintendo Switch. It may look like a 16-bit retro-esque game at first glance, but it’s a well-polished action RPG that offers so much that it can compete head-to-head with its modern high-budget counterparts.

Players take the role of Lea, an avatar placed in a futuristic MMO called CrossWorlds, which is set on a moon where the players’ avatar can physically interact with the environment. Unfortunately, Lea has somehow lost all her memories and her ability to speak. A man named Sergey explains that by playing through the game, Lea may regain her abilities and memories; meanwhile, he programs a few select words that she can repeat — such as ‘hi’, ‘Lea’, and ‘sorry’ — which make for some humorous interactions with others. There is a good cast of characters, and the dialogue is well-written. One minor complaint is that the pacing of the story tends to be slow at the beginning, and even drags at times, but it eventually finds its stride after a while.

The world is really just a single-player RPG that mimics an MMO, but the presence of other characters running around the world map and towns provides the artificial presence of others playing the game. As the story unfolds, the plot thickens between MMO realm of CrossWorlds and the behind-the-scenes managing of it that taked place in the real world, and whatever Lea does in-game affects all of this this. The plot may sound complicated, but it works in a way like Sword Art Online does. This all leads to an intriguing story full of emotional moments and plot twists that — combined with the likeable cast of characters and expansive world-building — create a successful formula.

Yet, one of the most surprising and outstanding things about CrossCode is the combat. Simple enough for casual players, yet deep enough for experts; it takes the 16-bit action RPG feel and elevates it to a whole new level. There are two types of attacks: melee and ranged. Melee combat feels smooth, and the hit detection is much better than most 16-bit RPGs, but the ranged attacks give the game that extra layer of fun and depth. Players use the right analogue stick to aim, holding it down to change the trajectory angles, which shows an dotted outlined path. Aiming and standing still charges a ranged attack that produces a more powerful throw, and holding down the throw button releases a rapid-fire barrage of balls — both which can be used to dispatch enemies, or activate triggers during the puzzle elements of the game. Then there are two types of defence: dash and guard. Dash allows Lea to spin and move out of the way quickly, whereas guard not only defends against some attacks, but can break the enemy’s guard in some circumstances when performed at the right time. 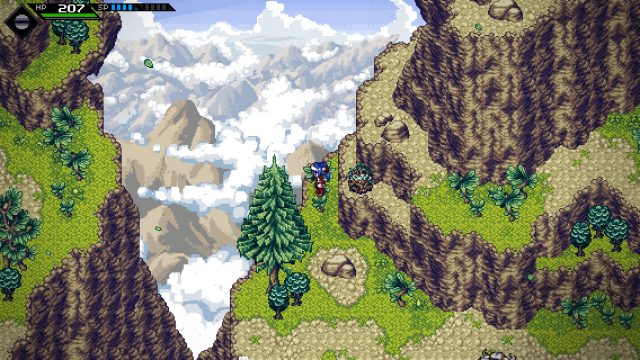 The world of CrossCode is vibrant and fun to explore.

As Lea levels up, she earns points to allocate towards Combat Arts, which opens up a new palette of offensive and defensive abilities. She needs these against the numerous bosses in the game, which can range from a katana-wielding samurai to a large whale or a gargantuan robot that encompasses the screen. Many of the main bosses have several phases that require different strategies, making each fight different from the last. In addition to the main bosses, there are several bosses that are a result of the side quests, and some of these are not pushovers, either.

A unique aspect of this CrossCode is the combat counter, which rewards players for continuously engaging in combat. The combat counter initiates upon entering battle by creating a gauge bar that begins to deplete once the battle is finished. If players rush to fight another creature before the gauge completely depletes, the combat counter continues. Each monster killed during the combat counter continues to rack up points to increase the player’s Combat Rank, which boosts the possibility for rarer items and extra experience. It encourages players to quickly engage in subsequent battles to attain S-rank and earn the best rewards, making for an addicting feature that keeps the battles fast-paced and thoroughly engaging, giving players that incentive and challenge to fight for fun.

One thing developers Radical Fish Games set out to do was capture the puzzle elements of the Zelda series, and their enterprise was mostly successful. Puzzle-enthusiasts can eat their hearts out, as this game overflows with them across the dungeons and overworld. As players progress through the game, so does the difficulty level of the puzzles, which range from inspiring and fun to downright frustrating and tedious. The good puzzles are stimulating and interesting, and many of CrossCode’s puzzles fall into this category, but others overstay their welcome so much that casual players may find themselves turned off. It’s not uncommon to grind away at puzzles in a dungeon for an hour, thus slowing down the game’s pacing. 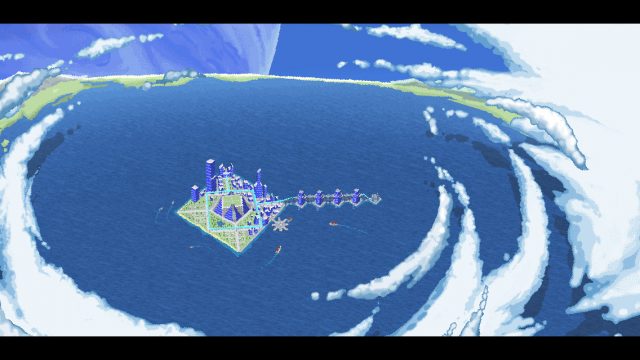 CrossCode excels with its graphics. The pixelated look takes the charm of the 16-bit era, and refines it with a glossier look and fluid character animations. This is especially apparently with the level of detail in the backgrounds, the animation, and the character design. As a result, the pixel art not only pays homage to the 16-bit RPGs, but improves upon them in every way. The world is huge, and each area is filled with beautiful vistas and secrets to entice exploration. The artwork of the game is excellent, and the character dialogue portraits have a variety of expressions to appropriately showcase their personalities when talking.

The game makes use of a lot of platforming elements, which adds extra layers to the playing field, yet it presents another problem that partially affects the gameplay, and that is determining the height or depth of the ground, making it difficult for players to know whether they’re jumping on a ledge that is above, below, or on the same level. There is a way around this, and that is to aim or lob a projectile towards the ledge. If the projectile bounces off, the ledge is too high, and if there’s a shadow underneath the aiming indicator, it means the ledge on the same level or below the player. This is not a major issue, and players will adapt to this mechanic after spending some time with the game, but it can be an annoyance early on.

Side quests lurk around every corner, each offering a variety of rewards including money, experience, crafting materials, or items. Some of the quests involve fetching a specific item or killing a certain enemy, and they are spaced so far apart in the game’s plot or the player’s location, that the urgency in completing the quest is not there. For example, in Rookie Harbor, the player may receive a quest to kill some beasts much further into the game; this causes the player to quickly forget the quest in lieu of the multitude of other things that happen between now and then. Overall, the quests are a mixture of good and mediocre, the latter being simple and uninspiring fetch quests. 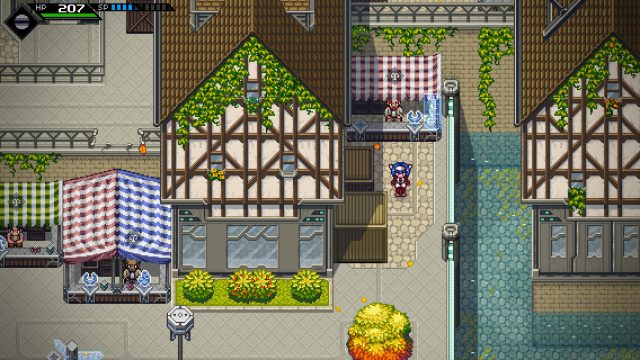 Towns are large, though there is limited interaction with the people.

The soundtrack, composed by Deniz Akbulut, is quite varied and covers quite the range of genres to fit the multitude of scenarios and moods throughout the game. The battle track really stands out, and when the player reaches the S-rank counter, the music changes to reflect the high-paced excitement of the player needing to continue battling to keep the counter going. Many of the songs are good, but nothing stands out as highly memorable or exceptional. The sound effects are fitting, and although there isn’t much in the way of voice acting, everything sounds in place and in order.

While the Switch version looks nice, there are some performance issues that need to be addressed. Firstly, when returning to the game from sleep mode, the music often crashes, which creates this annoying sound of a CD skipping on high volume, and the only remedy I could find for this issue was to save the game, and return to the title screen to reset it. The frame rate also suffers when there’s a lot going on on screen, such as when players are fighting many enemies at once, or running through a busy portion of a town. The screen scrolling when the player moves through the field or town during these busy areas tends to become more choppy rather than fluid. Although these issues do not break the game, they are noticeable at times.

As a whole, CrossCode is a great game with a memorable story and great combat. It makes a great transition from the PC to the Switch aside from a few minor technicalities, and now players can enjoy this game on the go. The gameplay is a joy, taking the Zelda and Secret of Mana styles of gameplay and evolving it into something much better. However, the bombardment of puzzles throughout the game will turn off those who prefer more ‘action’ in their RPG formula. Nonetheless, this game provides a unique experience with plenty of the MMO-esque options and an incredible sense of world-building that will leave players with plenty to do and explore.