Give a Little Love

Every time a new Atelier game is announced for localization, there is always this instant excitement in me. Each installment has a young woman going on a quest of self-discovery, attempting to uncover who she is or who she wants to be. Atelier Shallie: Alchemists of the Dusk Sea continues this wonderful trend of strong female protagonists, bringing us the latest title in the Dusk series that started with Ayesha back in 2012. But is Shallie a worthy addition?

Our adventure begins with two young ladies, Shallistera and Shallotte, both nicknamed Shallie. Shallistera, the soon-to-be chieftess of Lugion Village, goes out on a delegation mission to find out what has been occurring with her village’s water supply. Unfortunately, her ship goes astray and it ends up crashing into Stellard, a city with ample amounts of water and a rookie trash collector named Shallotte. It is here the story begins, and admittedly, it’s pretty darn adorable.

Part of what makes Shallie a great game is the interaction between the cast of characters, especially the Shallies. Their friendship is easily one of the most beautiful and well developed aspects within the game, and it’s so easy to root for them in their missions of self-discovery. Both girls desire to become someone worthy of their towns, while also being strong pillars of support for each other. The secondary cast also has some fantastic and very human moments, and it’s easy to want to see their stories develop.

The downfall, however, is that while the character stories are very emotional and thoughtful, the main story is somewhat of a letdown. While Shallie is supposed to be a conclusion, it doesn’t really give any full answers to the Dusk or Ayesha’s disappearance, leaving those who have played the trilogy from start to finish and seeking answers that may not satisfy. Again, much like the previous games there is an overall environmental theme, but the main story lacks the draw that some of the previous Atelier‘s titles had. It also doesn’t help that the localization isn’t the greatest compared to previous games, and often reads like a direct translation. While there’s a ton of personality, it comes more from the characters than the text itself. 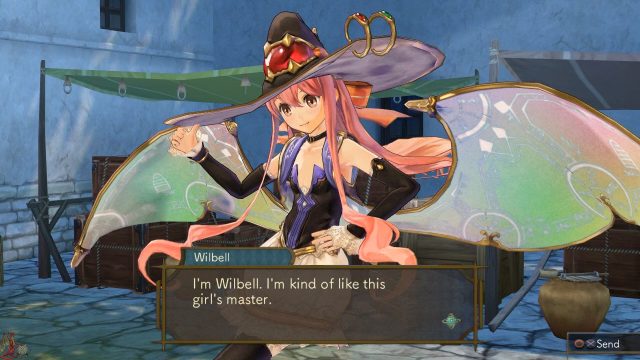 Never trust a witch that says she’s your master.

Something very noticeable in Shallie is that there is a key element of the Atelier series missing. The calendar and time limit elements are completely removed in the game, making it much more laid back than some of the other games in the series. While veterans of the series may find this odd or even sacrilegious, there’s something to be said about how the pacing is in Shallie. In fact, with ten chapters total, the player has so much more freedom to enjoy everything the game has to offer at his or her own comfortable pace without having to feel like they are racing the calendar. However, the game offers an adjustable difficulty setting, so if players want a challenge, then Hard Mode may replace those challenges that previously came with the time limit. Still, regardless of what difficulty setting players start on, the game is way too easy for its own good, meaning players will never feel a lot of pressure when it comes to progressing.

Still, despite these drawbacks, Shallie has a variety of aspects that shine. The battle system is easily the best of the three games, building off of what was started in Escha & Logy. Once the player has a full party of six, characters can attack enemies to build up a gauge, which triggers a Burst state when filled. In the Burst state attack damage is doubled, and the player can move through each of the six party members at a time, building up a larger chain of damage. Assists occur when a character from the backrow is ready to jump to the front, and with the switch in characters, comes an extra attack. If all three characters in the backrow have their assist gauge filled, then each can take a turn in the chain providing bonus damage. Tagging characters in and out of the front and back rows makes the combat system fast and furious, so it’s easy to get into a groove and abolish enemies with ease. There are also Field Bursts, which apply another bonus to the field, such as if a character is KO’ed they will be brought back to life if they are in the front row. Cycling through every assist will net a player a Variable Strike, which provides extra damage to enemies. These little additions coupled with the major battle system overhaul that began in Escha & Logy shows that Gust continues to improve with each installment, and proving that one doesn’t have to fix what isn’t broken.

A new element that has been added to complement the battle system in Shallie is the Growth System. Once characters hit level forty, players are able to add skill points within the Growth system to transform a character’s skills, or provide them with more HP, MP, Attack or Defense. It’s a very open system. Players can customize the cast to whatever their play style is, with Growth Points awarded when a character levels up. This system is a nice perk, and it gives the player a sense that they are tailoring their characters much more than was possible in previous Atelier games. 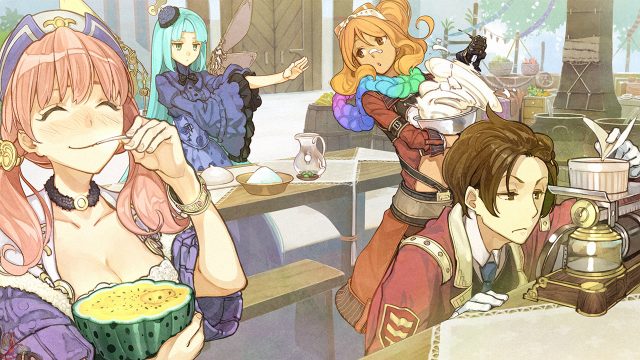 There’s also the new Life Tasks system. Whichever heroine the player chooses will have her own Life Tasks that she’ll wish to accomplish throughout each chapter, on top of whatever the main storyline task is. This is the main source of experience points in Shallie, as battles generally do not dole out enough XP for players. The more tasks that are accomplished, the more experience that is awarded. Each girl has different goals that they wish to achieve, and if the task is ignored, her level of motivation depletes. Goals can be as simple as synthesizing a number of items, defeating a number of enemies, or jumping up and down a specific number of times. There’s always lots to do in Shallie.

The alchemy system has also been transformed, and is much simpler than those in previous Dusk games. However, in its simplicity, the player has a lot more control as to how they want the item’s outcome to look. As the Shallies synthesize more items, more traits and skills can be applied to items, making it a breeze to create more valuable items. For those who have never played an Atelier game, this is easily the most accessible alchemy system to date.

Praise must be given to the game’s soundtrack, which is easily the most diverse of the three Dusk games. While some tracks from previous titles make an appearance, they are rearranged, making older songs feel fresh again. The new tracks, particularly the vocal ones, are very catchy and hummable ear candy. Unfortunately, the voice acting is still hit-or-miss and the series has yet to really have a solid English voice cast that gels well together. Visually, Shallie continues to look on par with the previous games, and the colour palette is vibrant. Areas are luscious, large, and with the inclusion of a full 360-degree camera, are a joy to explore.

I adored my time with Atelier Shallie, though I feel a bit let down that the story didn’t have as much closure as I was hoping. Still it’s easy to get swept up in the world, characters, systems, and combat. There’s so much to do in Atelier Shallie, and with two heroine paths to play, that time sink easily doubles. While this isn’t the strongest entry to an Atelier game, it’s one that offers such great emotion, leaving some memorable impressions.