Way back in the summer of 2006, temperatures were soaring — and the weather was hot, too. I’d picked up a bad case of mononucleosis from somewhere, so for three weeks I had trouble doing anything physical. Instead, I did a lot of reading, wrote some fan fiction, and played this one game I found in the bargain bin of the nearby Deo Deo: Atelier Marie, Elie, & Anis: Soyokaze no Dengon. This title takes up an odd position in Gust’s library. Technically it’s not canon, being a spin-off title co-developed by Banpresto for the Game Boy Advance. On the other hand, it would be hard to find a game that was more quintessentially Atelier in style or substance, and as such it makes an excellent capstone to the Salburg line of the series.

Like most Atelier games, MEA doesn’t possess a plot so much as it has a setting, a goal, and characters. In this case, the setting is Salburg, several years after the end of Atelier Elie. At some point, presumably chronicled in the ridiculously rare WonderSwan Color episode of the series, Marie and Elie have become business partners, sharing the old atelier and getting by quite handily. When the Academy begins construction of a new library, they provide all the support they can, which leaves them nearly bankrupt. Even their alchemy tools and tomes are currently in hock. For a pair of determinators like them this isn’t too big a deal. They know that with a bit of hard work they can get it all back. Right about then, their academic mentor and frequent taskmistress Ingrid drops by to inform them that since the city now has a library, there’s a need for books to fill it, which provides the game’s goal: to do research on rare materials and create new, never-before-seen items to record for posterity.

Since this is an Atelier title of the Salburg lineage, there are a few things which are a given. Much of the game will be spent making stuff, and most of the rest will be spent finding stuff. A small percentage of the overall game is taken up by story, which means character interaction and commentary more than plot or narrative. Conversations are not pointless, however. There are locations, recipes, and rare items to gain through seemingly random NPC chatter, which means the old ‘talk to everyone’ rule is very much in effect. It’s even possible to become pen-pals with four different NPCs by various means, with at least one of them being the sole way to get a few high level recipes. A lot of created items also have bits of conversation attached to them via different characters in town, like the snippet on how the kingdom went on the silver standard years ago because alchemists had managed to create enough gold to permanently diminish its value. 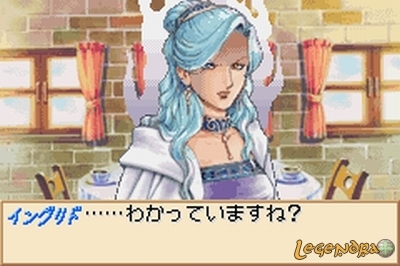 Do not mess with the academic advisor.

As usual, there is a five-year time limit, but MEA greatly expands the map of the realm to include five towns and eighteen sites for item gathering, many of which were not in either of the PSX games. All told, there is a lot of ground to cover, but MEA has several features which its predecessors lacked. First is the fact that traveling items exist to greatly reduce walking time (the flying broom in Elie was intentionally worthless). The second and far more important feature is that there are two alchemists working independently at all times throughout the game. It’s possible to send Marie out to get supplies while Elie is making stuff, or vice-versa. The static, day-by-day nature of the gathering sites makes it easy to manage this, with one batch of ingredients and/or one battle taking up each day. This game includes all but two of the recruitable characters from the first two games (those two having formally retired from adventure by the time of Elie), plus one more who’s original to this game. Up to four bodyguards can be hired at a time, with two being assigned to a heroine on her way out of the city. 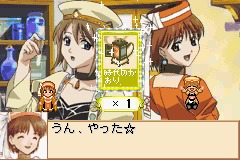 Adding to the fun, around the start of the second year the game’s third protagonist arrives. Anis Ryftchen is from the city of Grackenburg, in the southern kingdom. Long ago in the past, Salburg and Grackenburg were united under a common monarch, and with young King Bredolf’s engagement to a southern princess it looks like the entire region could be heading towards another era of prosperity. Anis is here as part of an academic outreach between the two city-states, and while she maintains a dorm room at school, she essentially moves in with either Elie or Marie. Unfortunately, only two protagonists are available at any time, so one of the other ladies must take Anis’s place at the Academy whenever she’s in action. Since all three heroines have specific scenes to see, some of which provide valuable materials or recruitable characters, it behooves the player to switch things up often.

Battles are as simple as ever, and in fact MEA‘s combat is even more streamlined than its predecessors as row formation, weather effects, and some of the less useful status ailments have all been abandoned. Every character has a special attack bar that starts out full at the beginning of a battle and can be recharged a few turns after use. The only exception is Anis, who must earn her magic staff through a similar quest line to what Marie and Elie had to do in their respective games. However, it seems that this quest line was never fully implemented. I personally have only seen the start of it once in more than half a dozen playthroughs, and the graphics were acting buggy when it triggered.

When it comes to making stuff, a few things cause MEA to stand out from its predecessors. The first is that the Blend and Original alchemy functions are gone, and with them much of the need to constantly reload recent saved games. In their place is the more manageable Imagine alchemy function, which provides combinations of materials to try based on what the heroines currently know. This is organized into categories such as Food, Medicine, or Explosives, and the results are needed to make new books in the library. Up to fifteen books can be made over the course of the game, though only five are required. The game usually gives the player a choice of subjects for each book assignment, and it’s an important one because not all categories are easy to get early on. Several require specific recipes or materials before they can be accessed, and without a bit of meta-knowledge or previous experience players can work themselves into a corner easily. 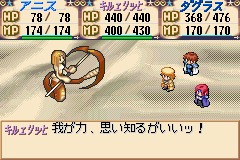 Did we make enough snake repellent?

The other interesting thing about MEA‘s alchemy side is how it takes fatigue and tidiness into account. While these two stats were present in Elie, they were easily ignored. In MEA, they actually have a major impact on gameplay. High levels of fatigue can cut success rates significantly, even at high skill levels, and an untidy atelier cuts the rates down lower still. Two whole categories of items are dedicated to refreshments and cleaning tools, and many of the necessary ingredients can be bought wholesale at the Academy or from the monthly fairy peddler. One thing that did not carry over from Elie is the drunk status, which is good because almost all refreshments are alcoholic in nature. As hilarious as a booze-induced apocalypse ending might sound, adding inebriation to the game’s mechanics would have made things annoying.

As a plus, once the maximum of five fairy helpers has been attained, it’s easy to create a production line for a large number of basic items. The usual supply issues of early Atelier games are still in effect, however, as the time, effort, and materiel needed to produce high level attack items often exceeds their worth in battle. Things like the Pocket Void or the North Wind’s Gift are best saved for notation in the new library, though one of them, the Scorched Earth, is needed to activate an optional boss (and a second one would come in handy for defeating said boss). For the most part, a good selection of bodyguards helps more than any of the high-power explosives in the ladies’ combined arsenal.

MEA does a good job of smoothing over the annoying parts of the older games’ interface. Requests are rarely impossible to complete even early on, and it’s easy and simple to check on available ingredients from the request menu. Item gathering and encounter rates have been tinkered with so that traveling out of town isn’t nearly so onerous as it could be. Personal requests from friends only appear late in the game, and tend to range between easy and mildly challenging instead of the near-impossible jobs that Elie would throw at the player. There is an issue with font choices, however. While generally quite readable, especially for something on the GBA’s small screen, the item menus are incredibly long lists to wade through, and any item that is not currently in stock gets a very light text color that makes it difficult to read. The general kanji level is also quite high, and would be a problem if it weren’t largely contained to the item names. General dialogue is much easier to read.

In terms of graphics and sound, not much has changed in the conversion from PSX to GBA, mostly thanks to the dedication of the original games to spritework and pixel art instead of 3D. Character sprites are smaller, but they look much better than similarly sized sprites in Marie. The maps, portraits, and splash pages are at least as good as the original games’, often fitting the smaller screen more smoothly than they did on a TV. The music has taken a technical hit by downgrading to GBA speakers, but the various tracks are still very good for a handheld. Most of the music comes from the previous games, with the exception of Anis’s theme and a few of the battle compositions. By necessity, there is no voice acting in this game, but that actually speeds things up if one wishes to skip quickly through the dialogue.

Atelier Marie, Elie, & Anis is the last of the Salburg games in the series’ internal chronology, but it succeeds at being one of the best within its section of the Atelier gameplay dynamic. It’s got everything found in its predecessors, but refined and expanded upon until many of the older games’ issues and faults are gone. This is one of the few games I own that is worth more now than what I originally paid for it, and it’s not hard to see why. If you’re a fan of the old Atelier style, then it’s well worth a look.