Aluna: Sentinel of the Shards Review

Digiart Interactive and N-Fusion Interactive have taken on the task of showcasing the character of a burgeoning Latin American comic book heroine in Aluna: Sentinels of the Shards, expanding upon her story in the process.  Unfortunately, what results is a by-the-numbers hack-and-slash game that pushes no boundaries, while being a mostly forgettable adventure with few highlights.  While Aluna makes for a good heroine, little in the world around her makes the player care about the entirely linear journey.  Some interesting character designs are sadly best experienced in the comic book-style cinematics thanks to sluggish in-game animations, and the randomised loot makes for inconsistent balancing.  All of this results in a game that feels underwhelming every step of the way.

Set in the 16th-century, the game follows the story of Aluna, the daughter of a Spanish conquistador and the goddess of the Earth, Pachamama.  In the prologue players learn Pachamama only exists as shards of her former self after defending Aluna from a meteor.  One of these stayed around Aluna’s neck, providing her with magical powers, while the remaining shards fell around the country.  These shards contain great power, and the evil priest Nagaric wants to possess them to harness the power to subjugate the Tairona people, with the corrupting power of the shards already having allowed Nagaric’s influence to spread through much of the land.  The Taironan people are followers of Pachamama and in turn are beloved by the goddess, and have accepted Aluna as a member, installing her as one of their protectors.  Aluna has to fight through the corruption of wildlife and the greedy hearts of Nagaric’s followers to reclaim the shards. 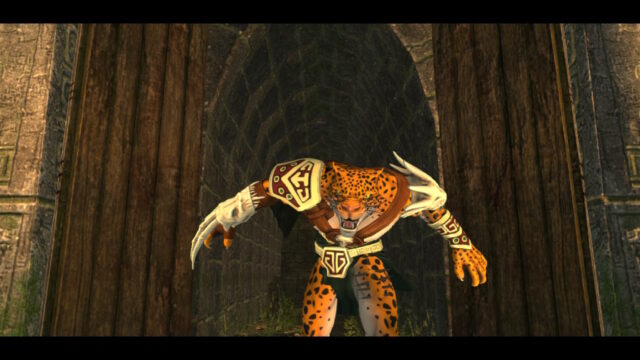 The threadbare plot about this hunt for the shards and beating back Nagaric’s corruption only leaves occasional interactions with the cast as being of any interest.  There aren’t really any introductions to the supporting cast as Aluna already knows them from the comics, resulting in insufficient characterizations, making it hard for anyone met along the way to leave a lasting impression.  Some cast members do stand out though, including the rarely used Bahlam, the god of the underworld who appears first as a powerful anthropomorphic jaguar warrior, or Camazotz, the god of the night who takes the shape of a giant cross between bat and man.  Most of the characters in the game only have interactions with Aluna to move along the story, and cannot be revisited after scenes involving them have been completed.  Even villagers only have one line of dialogue to say to Aluna, making the whole experience feel very linear.

Hack-and-slash combat is the go-to method the game uses to try and make the moments between story points feel exciting.  Combat is basic, and is set up well for consoles, with a basic attack button, as well as special skills attached to six different buttons.  These skills fit into three categories: melee, ranged, and magic.  Mixing and matching these abilities is possible; some melee and ranged skills are restricted to their weapon types, while magic skills can be used with any weapon.  Melee skills incorporate being surrounded by enemies, drawing them in closer for damage, while lowering their defence.  Ranged skills apply debuffs like poison and slow to prevent enemies from drawing nearer.  Magic uses the elements to vary damage dealing, while incorporating skills that combine aspects of the melee and ranged sets.  Swapping between ability sets is simple enough, and players can spend gold to reset the skill tree at any time.  A dedicated dodge button comes in handy when facing swarms of enemies, as do buttons for using an unlimited supply of health potions, viewing the map, and fast-traveling back to town. 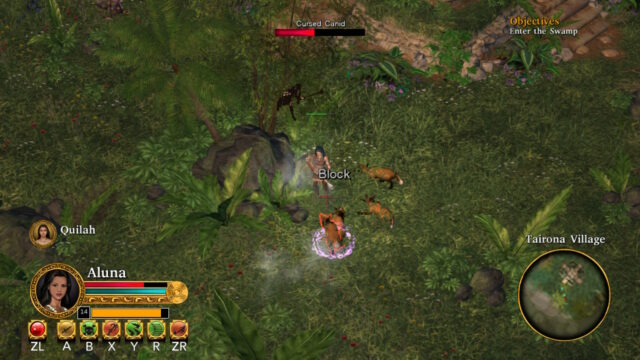 Ah yes, the cunning fox uses its face to block. How devious!

The game has a tendency to toss equipment upgrades at the player in a haphazard fashion, as Aluna can go from a sword-wielding warrior to a powerful sorceress with a legendary magic-based ring drop as well as a new staff soon after, all in the span of a single area.  Each piece of equipment — weapons and armour — increases one aspect of the skill tree.  Weapons all follow an obvious route with swords increasing melee and bows increasing ranged, but armour gets trickier with each piece able to increase any aspect of the skill tree.  All equipment has the potential to have passive bonuses such as additional defence or the ability to leech health with each hit.  Players hoping to utilize a consistent build for Aluna have to rely on chance for upgrades.  Most loot comes from single-use treasure chests, though enemies can drop it but at a much lower rate.  Dropped gear fluctuates in level, and while Aluna can use equipment that has a level lower or equal than hers, more powerful gear might require the heroine to gain additional experience first.  Those that get unlucky have to rely on purchasing gear from the merchant, as players can spend gold to craft equipment, but items are always at Aluna’s level and this is a gamble as there is no way to control the skills they come with.  Reaching a town with a merchant is at least easy enough through waypoints or the game’s instant travel option.

Travelling back to where Aluna left off may result in additional respawned enemies, which is the game’s only way of grinding for level-ups or funds.  The low frequency of loot drops tends to also stick Aluna to a set path as buying new gear or rolling the dice with crafting can quickly drain resources.  Strangely, only certain enemies tend to respawn in revisited areas; undead or corrupted wildlife were easily found again, but never defeated humanoid characters.  This makes revisiting areas a drain, as there’s less chance of any loot and no chance of sidequests or interactions, with the only slim benefit being that enemies stay at the same level as Aluna.

Enemy AI is, sadly, not very intelligent.  Every enemy has a set distance for which it will follow Aluna, after which it will retreat to its designated position and not regain health.  Sometimes, the AI won’t even do this, as more than once enemies spun around or stood still until they were defeated.  Enemy spacing is just far enough apart that players will rarely gather too many at once.  This dilutes the hack-and-slash nature as it devolves into singular encounters rather than the frenetic free-for-all frenzy that the subgenre is known for.  Furthering this is how quickly Aluna can take damage and die.  Dying means either loading an auto-save or going back further to the last time the player manually saved, driving home the linearity of the game.  Luckily, the quick-save function kicks in quite frequently, so even death will not lead to much backtracking. 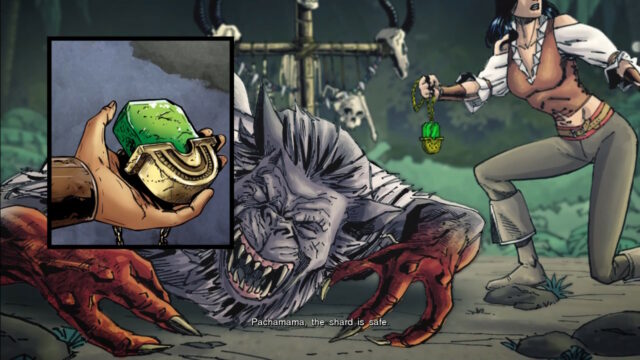 Event scenes are really pretty though.

Aluna: Sentinel of the Shards features some striking comic book-style event scenes but these are few and far between.  Visuals for the in-game character models look unpolished, and the animations feel chunky and outdated.  At times, the framerate on the Switch drops causing the sluggish sensation to feel more pronounced.  Character designs are okay, with Aluna looking the most interesting of all the human characters.  Gods and bosses show intriguing variety in concept but are held back by their execution.  The backgrounds of the game faithfully show areas accurate to 16th-century Latin America: from forests and jungles to volcanoes, there is plenty offered, though much of it unfortunately looks lifeless, almost copy-and-pasted.  Music in the game blends into the background and neither annoys nor resonates, not at all sticking in the memory.  Aluna’s voice actress and original creator, Paula Garces, ably brings her to life with her performance, but the remaining voice acting feels forced and awkward, with some actors enunciating names of characters differently, leading to jarring moments.

Aluna is really an interesting character and it is a shame that she doesn’t get the full showcase in this game. Aluna: Sentinel of the Shards simply plays things too safe in creating a game that is functional but not interesting.  No risks were taken with the characters, the story, or the combat leaving a very linear game that is only really noteworthy for its setting of 16th-century Latin America.  Even those die-hard enough to travel back in time for the experience are given an unfulfilling trip, consisting of stilted visuals rather than vibrant tapestries.  The concept and the background of the game hold so much promise that they make this by-the-numbers, low-risk effort that much more disappointing. 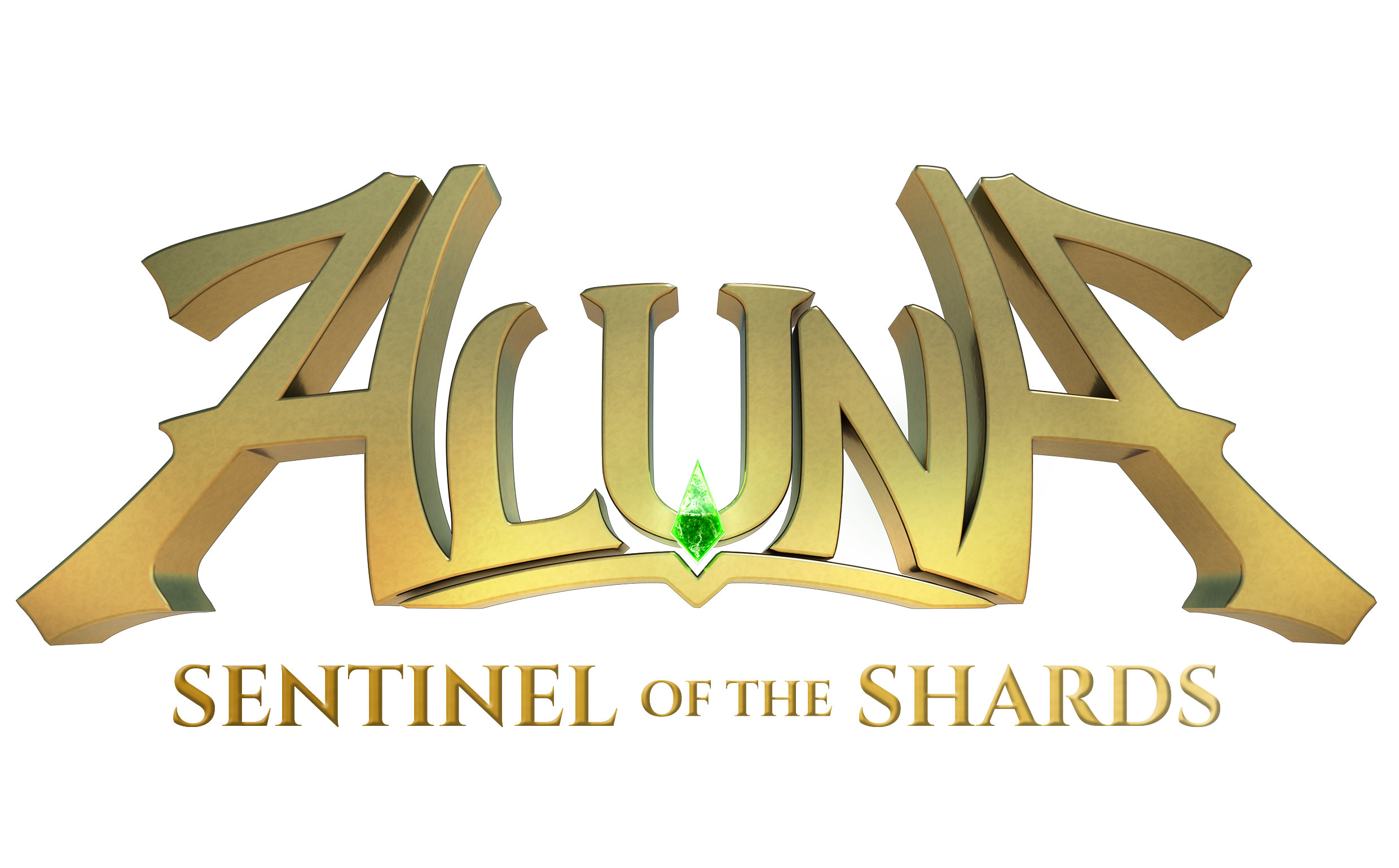