Bungie has officially announced its latest expansion for Destiny 2. Lightfall will release on February 28, 2023, for PC, PlayStation 4, PlayStation 5, Xbox One, Xbox Series X|S, and Google Stadia.

Lightfall sees the return of Cabal Emperor Calus, who is now a Disciple of The Witness. His Shadow Legion have taken over Neptune’s capital city of Neomuna, which acts as the primary setting for the expansion as players explore its skyscrapers and neon streets. The expansion will add a new subclass element called Strand. This manipulates threads binding reality, allowing for new attacks as well as movement options such as grappling. It will also include new powerful Tormentor enemies, as well as a new raid, new weapons, and more. 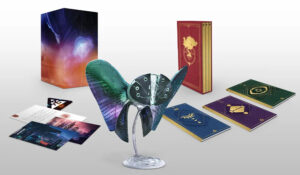 Alongside the expansion reveal, Bungie announced that previous expansions Shadowkeep, Beyond Light, and The Witch Queen are available to access for free during this week. The developer also announced its newest content season, Season of Plunder, which is available now. The content sees players challenging Eramis, the Kell of Darkness, after she escapes and begins hunting down dark relics with her outlaw crew. It includes a new 6-player matchmaking offensive, as well as three-player expeditions where players search for treasure, and weekly missions where players assault pirate hideouts.

Finally, Bungie announced a partnership with Epic, which brings Destiny 2′s PC version to the Epic Games Store, free for a limited time. Those who claim the game on the Epic Games Store by 10am Pacific on August 30, 2022, will receive a Destiny 2: 30th Anniversary Event pack for free. More details about the reveals as well as additional collaborations and bonuses can check out a summary post on Destiny 2′s website.