Book Quest starts with a good base engine, but doesn’t seem to always know what to do with it.

So you wake up one night, bleary-eyed, because a mouse is poaching your cheese. In your hunt to catch the little thief, you come across an old chest in your basement that you haven’t really looked at in years. You dig up an old book, filled with letters that don’t want to make sense, and that’s just too much for your sleep-deprived brain. Leaving it on the kitchen table, you return to bed. Shortly after, you wake up again to a red-coated ninja stealing your book, and your grandpa’s returned from the land of the dead for just long enough to tell you to get the darn thing back. The rest is up to you.

That’s the opening sequence to the aptly titled Book Quest, where the entire point is to track down the villain who’s stolen the old family tome and the inexplicable magic held within it. Whether there’s more to the story is hard to say, as I have yet to beat the first boss in spite of trying a dozen or more times. 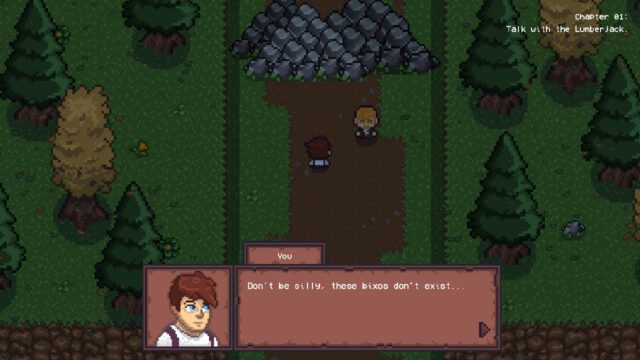 Could anyone explain what ‘bixos’ is supposed to mean?

This game is an homage to the Zelda style of top-down action and dungeon adventure, but the implementation is spotty. The open areas of the game are overly large for the amount of monsters, secrets, and items of interest they actually contain, making wandering around a long and dull experience. In between big areas, there are occasional platforming segments that operate under different rules. The first such segment is similar to the Mario games, including gap-jumping and taking out enemies by hopping on their heads, though it can be difficult to stick the landing without taking damage. The second segment only appears to be a platformer, but is actually a beat-rhythm game — and does not inform the player of this before killing them repeatedly as they figure it out.

The hero’s weapon has a short range to its swing, and the angles don’t always seem to work. This isn’t so much an issue when there are only a few enemies in a large area with room to maneuver, but the aforementioned first boss battle is a different matter. At this early point in the game, the hero’s only doing 3 HP damage a hit, against a dragon that’s got at least 100 HP, shoots multiple fireballs in mid-air before landing in range of attack, deals damage at take-off and landing, and then summons a limitless number of tiny red dragon pups when it’s finally at half-health. 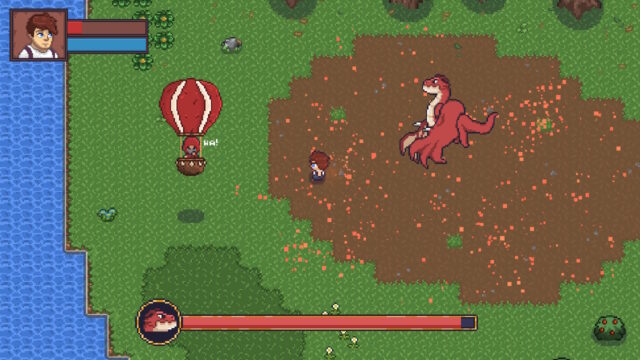 Even with the hero’s health regeneration, it’s a tall order to land thirty-some hits upon a boss, timed in between landing and take-off to avoid heavy damage, and with a flock of over a dozen little flappy lizards constantly chasing after. And with the short swing range mentioned, it’s not possible to clear out all the little dragons before more flap on in.

As it stands, Book Quest starts with a good base engine, but doesn’t seem to always know what to do with it. The game world feels empty, the combat is swing-and-miss, and the very first boss presents a late-game level of difficulty. On top of that, the English localization reads as one step above machine translation, with odd phrasing, inconsistent verb tenses, and the occasional word that does not appear to be English. So it is with sadness that I close the book on this game and look for better-designed titles to play.