Limited Run Games announced that it will be selling a physical edition of Focus Home Interactive and Lightbulb Crew’s tactical RPG Othercide. The standard PlayStation 4 and Nintendo Switch editions will be available to order from Limited Run Games’ website for four weeks, starting from February 15, 2022.

Othercide released digitally for PC, PlayStation 4, Xbox One, and Nintendo Switch in 2020. It puts players in control of the Daughters, an order of warriors descended from the greatest warrior, as they face off against beings from another dimension known as the Others. The game features a dynamic timeline that lets players delay enemy actions or set up combos, as well as a distinctive visual style that pushes red tones for effect in an otherwise black-and-white aesthetic. Those interested in reading more about Othercide can check out Zack Webster’s review of the PlayStation 4 version. 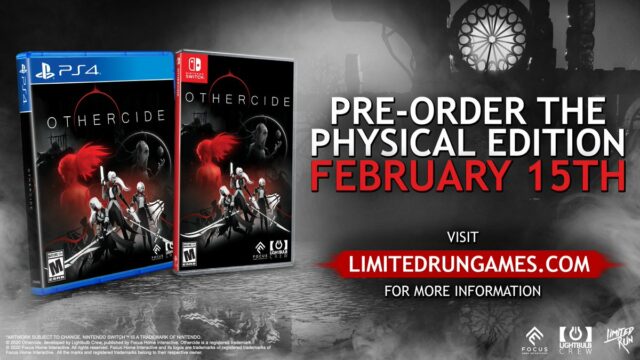