The Legend of Heroes: Trails from Zero Limited Edition Announced 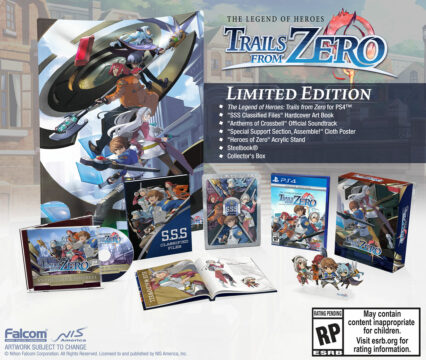 The Legend of Heroes: Trails from Zero is the first game of the wider series’ Crossbell duology and is set to release in North America and Europe for PC, PlayStation 4, and Nintendo Switch in fall 2022. The game was first released for PlayStation Portable in Japan in September 2010. It follows the exploits of the Special Support Section, a newly-formed team within the semi-independent city state of Crossbell’s police deprtment. Those wishing to learn more about The Legend of Heroes series and where Trails of Zero fits in can check out RPGamer’s recent Where to Start? guide.