Selling over seven million copies thus far, Monster Hunter Rise currently holds one of the top sales spots on the Nintendo Switch by a third-party developer. With its slick gameplay, quality-of-life improvements, and unique charm, it rated well with fans and critics alike, including a highly positive RPGamer review. For the sake of this demo impression, now available for PC via Steam, we’ll focus on the observable differences evident from the Switch release. 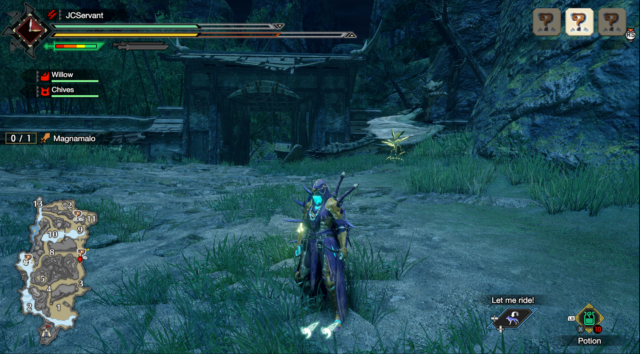 Capcom provided RPGamer with early access to the PC demo, allowing me to spend some time with this PC port. Hunters can choose between all fourteen weapon types, and three monsters of varying difficulty to take on. The graphics have higher resolution with better texturing and will likely be the first improvement RPGamers notice from the Switch version. While this is clearly a port of a game meant to work on the Switch and does not come close to Monster Hunter: World in terms of overall visual quality, the presentation takes a noticeable step up from Nintendo’s handheld. In the graphic options, players can modify numerous settings such as anti-aliasing and bloom. Furthermore, the game may be enjoyed in 4K resolution with ultrawide (21:9 aspect ratio) support.

However, all that takes a back seat once the action starts. In the midst of a fight with a ferocious monster, many RPGamers may not have time to appreciate the increased fidelity of the graphics. However, they will notice the smoother action thanks to a dramatically increased frame rate. With various graphical options maximized and running on an Nvidia RTX 2080 graphics card, no slowdown could be detected at any time in the various fights I engaged in. The slick action combined with the higher resolution certainly elevates this over the Switch version. 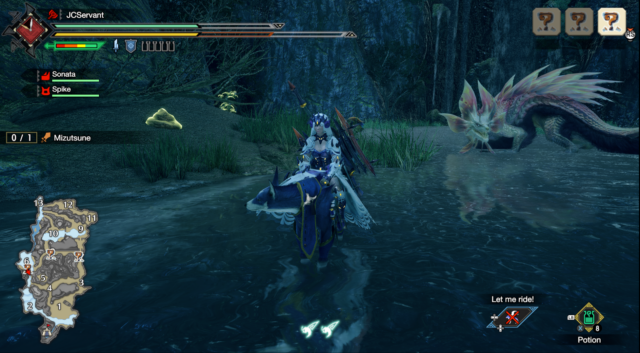 It’s monster versus hunter. Only one will survive.

Monster Hunter Rise releases on PC on January 12, 2022. The full version will include all major post-launch content released through the end of November 2021. Further details will be released at a later date.