Atlus announced the physical pre-orders have begun for Shin Megami Tensei V. The game will be available from participating retailers in two editions: a $59.99 SteelBook Launch Edition and a $119.99 Fall of Man Premium Edition (also available in Europe) that includes: 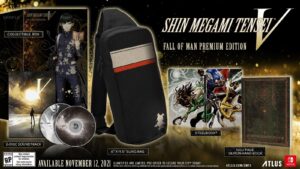 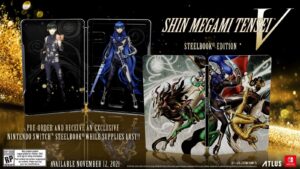 Shin Megami Tensei V is the fifth mainline title in the series, which has branched into numerous spin-offs including Persona. The game puts players in the role of a Tokyo high school student who is called into a different dimension featuring a post-apocalyptic version of the city filled with demons. The player character fuses with a mysterious figure and gains the power to fight against the demons. Shin Megami Tensei V will release exclusively for Nintendo Switch in Japan on November 11, 2021, and in North America and Europe on November 12, 2021.