The Quest for the Best Battle System

Role-playing games are known for their engrossing battle systems. While these systems strive for perfection, they each have their pros and cons. For me, like a good book, the ideal battle system is easy to pick up yet hard to put down. Gamers want RPGs to challenge them, but they don’t want to drain their soul through grinding before every boss fight. So when players find a game that solves the combat equation — balancing the ease of learning with the difficulty of mastering — then there’s a strong temptation to seek out other games with a similar fighting formula. However, playing a new RPG with a vastly different battle system, while risky, can be immensely satisfying.

Consider the fact that the prolific and lucrative Final Fantasy franchise hasn’t stuck with one battle system across its mainline games. What began as strictly turn-based combat eventually morphed into new systems: Active Time Battle, Conditional Turn-Based Battle, Active-Dimension Battle, and Active X Battle. These varieties didn’t come merely for the sake of change or for preventing things from becoming stale. Reason suggests that the creative and technical design gurus behind the popular series of JRPGs endeavored for the quintessential model of battle mechanics. The Final Fantasy talent took risks and made final-boss sized bets. Although sometimes controversial, those changes netted rewards. Almost every mainline Final Fantasy game has a highly positive aggregate review score, with their battle systems typically scoring favorably. The reality is that this fantastic RPG franchise did something right, and while the perfect battle system is truly a fantasy, the ideal system is a worthy goal. That’s true not only from a developer’s point of view but also from a gamer’s perspective.

When considering new battle systems, it’s safe to say that finding a good one is comforting. But finding a great battle system requires bravely leaving one’s comfortable starting town and venturing on a heroic quest into the unknown.

If a developer decides to try a new battle system, perhaps it behooves gamers to have the same mind. In my experience, I know the reward of trying a new battle system, but I also know how risky it feels to think about leaving a personal comfort zone. For years, I preferred turn-based battle systems, with Active Time Battle being the farthest I would stretch from strict turn-based combat protocols. Why? Because taking time to plan the next critical move is my safe zone. When assailed by enemies, like a nasty Malboro or a cute Cactuar, I want space to think how to best respond. Should I run away, heal with a potion, or summon Ifrit to set a blaze under their soon-to-be cinder carcasses? Turn-based fighting grants time for plotting the optimal course of Kefka’s imminent destruction. 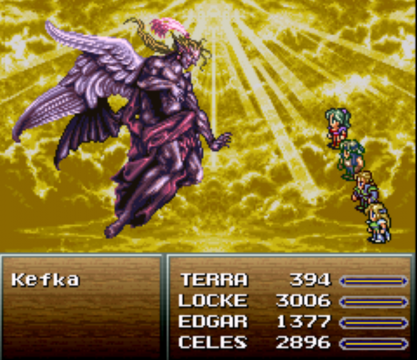 So when a game was described as having a novel take on an RPG battle system, one that would reinvent the wheel, I balked. How dare the developer change a successful formula? I would reject the game out of hand. But here’s the problem with that: I was throwing the RPG baby out with the battle system bath water.

How then did I break the chains of familiarity with my beloved turn-based melee mechanics? It was pressure over time. My resistance first cracked by necessity, when I played Xenoblade Chronicles X on my Wii U. As many know, the Wii U was not a great success and ended up lacking in RPGs. So when I laid my eyes on XCX at my local GameStop, I had to have it. What particular kind of RPG it was didn’t concern me. It was a Wii U RPG, and that’s what mattered. However, the battle system was jarringly different compared to that of the good ol’ early Final Fantasy titles. Instead of turns, there are cooldowns or buildups that time-gate the “turn” between using certain arts and abilities. Meanwhile, the character plus the supporting AI characters continually deliver damage to the enemy at hand. Living with my Wii U, which lacked other modern RPGs to play, I had no choice but to accept these new fighting methods. To be honest, I never mastered them, so I missed the pleasure that comes from proficiency in combat. Despite this, I never withdrew from the challenge because the frenetic fighting remained incredibly engaging while looking spectacular. 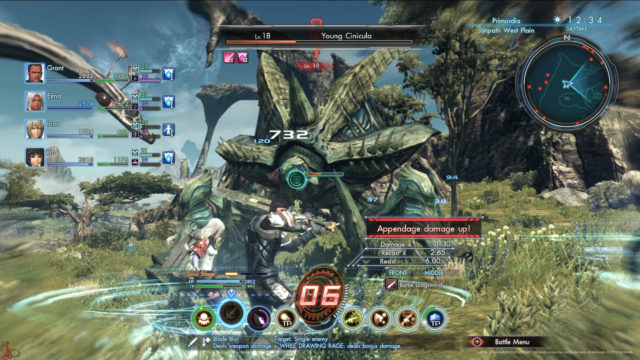 Xenoblade Chronicles X showed me the potential joys of other styles of combat.

While Xenoblade Chronicles X showed me the potential joys of other styles of combat, I was enlightened by another work of digital escapism. Ni no Kuni: Wrath of the White Witch, with its sublime Studio Ghibli artistry, compelled me further. In this RPG, I found something eye-opening: a hybrid-action battle system that melds turn-based combat with action-based fluidity. This style of confrontation is quite different from the battle system I started in, but it’s entertaining and fun. For most of my time in the game, while it was never frustrating, combat lacked full satisfaction. That said, its challenge was charming. Indeed, it was easy enough to pick up and play, learning as the game slowly opened up and added layers of complexity in battle.

Ni no Kuni begins with one main character and one familiar to control. Later, players add up to three familiars for the main character, and then other characters join the party. Once fully decked out, players have three main characters with three familiars each for a total of twelve combatants to be aware of at any one time in battle. Complicating this, each of them has several top-level actions with sub-options to choose from. Typical battles start with players selecting a main character, and choosing whether to act as them or one of their familiars. Once selected, multiple enemies simultaneously accost the player, forcing them to keep one eye on wild movement in a small 3D arena and another eye on the battle menu options. It’s an interesting mix of turn-based mechanics with real-time action, and its complexity sometimes causes confusion. However, I find it to be an intriguing challenge. Surely, I often muse, there is a way to master this battle system and reap the pleasures thereof.

It turns out, with around 50 hours of play time, I finally learned to take advantage of the AI tactics and tweak them for victory.

In a recent boss battle, I died on the first try. So I decided to do the usual: fight common foes, level up, and earn money for stronger gear. In other words, grind. With improved stats, I could cycle through my characters in the heat of battle, pick the strongest attacks, and repeatedly mash the ‘A’ button or cast magic until the MP bar drained. It’s a simplistic and tedious strategy based on speed and power, yet it’s often effective. However, I wanted to advance the story with haste. So instead, I skipped the grind and went straight back to the boss, rethinking my strategy to rely more on the AI system. Commencing the assault, I first changed my characters’ battle tactics to make one a healer and the other an all-out attacker. My plan was to test the AI, see how well the two characters would do their jobs, and omit cycling between them. If it worked, I would focus on taking a flexible role with my player-controlled character, toggling through menu options as needed. In the heat of that battle, the attacker did his heavy-hitting job, while the healer repeatedly cast attack buffs and restored health to keep my team in the fight. It was magical! I accomplished so much thanks to the AI. Suffice to say, the boss was smote on the second try. 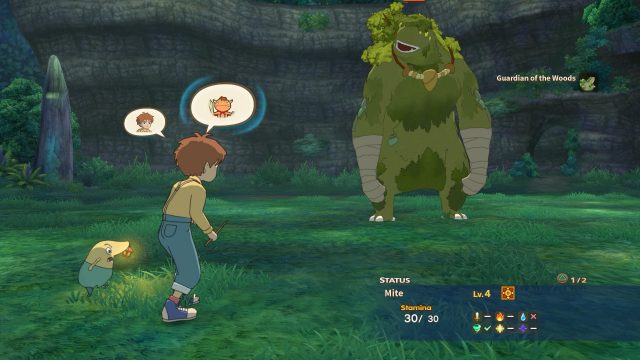 Ni no Kuni begins with one main character and one familiar to control.

Now I’m fighting battles with a new paradigm and a new appreciation.

I now know the risk and the reward of trying a new battle system. I never realized how great RPG battling could be, since I was always afraid or too complacent to try. That’s why I can tell players to branch out like a skill-tree and try a different one, instead of sticking to the one they know. It can be very rewarding. If nothing else, you’ll gain much more RPG experience to draw from.

Many RPGamers already know their preferred battle system because it has proven itself tried and true across multiple games, so why should they risk wasting time and money on a game that has a different fighting system? Why risk trying other systems that might be no better than encountering a Slime? Those are fair points. Granted, a preferred battle system is comfortable, but a great one could be found by bravely venturing into other fighting paradigms. Also, why waste time and money on a game that’s largely the same as something else already owned? Why risk missing out on a far more satisfying RPG? It makes sense for gamers to stick with what’s known, but if someone told me that I could drive a svelte exotic car instead of my safe sedan for about the same cost, I wouldn’t stick with what I know.

A player may decide to level up and try a different battle system, but change is hard. How can the mind accept and embrace new boss-clobbering techniques? In two words: slowly and intentionally. First, go slow. Generally, each new RPG tries to ease players in. They are not expected to know anything, so there’s no pressure. Some games have tutorials that walk through the battle system in small steps. Anything worth doing takes time. Second, be intentional. Observe what the game is doing in battle; it’s not mere haphazard combat. Trust the developers, who invested much time and effort to get the battle system to match their vision. Finally, as a bonus, be brave. With an open mind and some time, RPGamers can learn a new battle system and discover more fun, immersion, and tantalizing tactics in an RPG. And that is immensely satisfying.