Bandai Namco also revealed the current roadmap for updates to the game. The next updates will add more Ancient Apostles content as well as further level cap increases, followed by the launch of the game’s first major DLC, which is titled Blooming of Forget-me-not. Those who have purchased the game’s Deluxe Edition and Premium Pass will have access to the DLC, though no other details have been released.

Sword Art Online: Alicization Lycoris is loosely based on the main light novel and anime series’ “Alicization” story arc, which takes place in the Underworld, a virtual world where AIs act like humans. The game was released for PC, PlayStation 4, and Xbox One in July 2020. 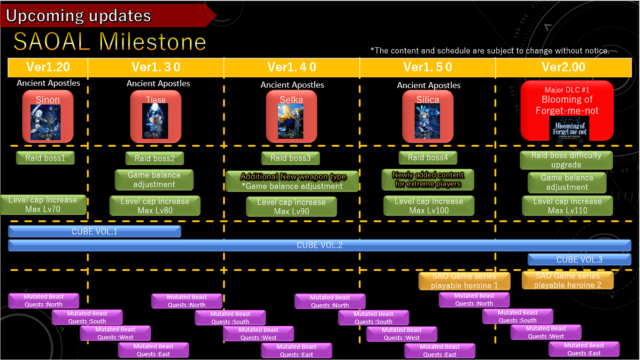