Natsume has revealed that its newest Harvest Moon title, Harvest Moon: One World, will launch for PlayStation 4 in addition to Nintendo Switch. The game, which is being worked on by Natsume and Rising Star Games, is planned for launch sometime this fall.

Harvest Moon: One World is set in a world where produce such as strawberries, cabbages, and tomatoes no longer exist, with knowledge of them only found in an old book. Upon discovering the book, players set out on an adventure covering multiple regions including beaches and snowy mountains. 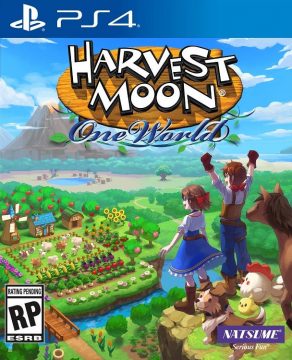