Until the new batch of genre titles come in, Heartbound is a non-traditional RPG that mixes humor and heartbreak in a way that’s familiar to fans of Earthbound and Undertale. Pirate Software’s Jason Thor Hall — Heartbound’s programmer, writer, and game designer — took time to speak with RPGamer’s Zach Welhouse about what it all means. Two of Heartbound’s planned five chapters are currently available on Steam Early Access.

Zach Welhouse (RPGamer): At a quick, uninformed glance it’s easy to say Heartbound looks a little like Earthbound, a little like Undertale, and make the whole impression about comparison. Are you all right with that sort of comparison?

Jason Thor Hall: Honestly, I think the comparison is pretty fair. I grew up on SNES-style games, RPGs, pixel art games: games like Chrono Trigger, Secret of Mana, and Earthbound. That’s the kind of stuff I really love. We’ve had a huge gap — like 20 years — before seeing other major games like that. Now you have games like LISA, OneShot, Undertale, OFF, and now Heartbound. It’s really cool to be part of that second wave, but I think we all need to pay attention to games that made us make them in the first place: games like Secret of Mana.

ZW: Do you have any suggestions for a snappier genre label than Earthbound-alike or “a game that will make you feel things like Undertale did”?

ZW: Is the engine non-traditional as well? Did you create it?

JTH: It’s actually GameMaker Studio 1.4. We ended up using that because it was really financially proper. It’s $80, one time, no royalties, super-nice dudes. Since we’re making a 2D game and it didn’t get in the way of me making things such as ray-trace lighting or any of the effects I wanted to make, or any of the weird systems I wanted to put behind the game to change how the game works, it was a good fit.

ZW: Earlier today I heard you mention to someone there’s a point where the game presents you with three different paths. Could you explain how that works?

JTH: The game actually chooses a whole bunch of different paths based on how you play it. Throughout the game, you can interact with different objects. The game remembers which objects you interact with, which order you interact with them and how many times, and then crafts you a story based on that. If you’re a more curious player it knows; if you’re a more aggressive player it knows. When you think about games such as Undertale, you get things like the pacifist or the genocide route. It’s very binary. In this there’s a lot of gray area and a lot of options.

When you get to the area where you choose between which of three worlds you want to go to, the worlds will change based on the choices you made beforehand. Once you choose one of those three, Lore learns something. It will change his personality. He’s not a silent protagonist. You learn about him, he says things. He changes from that world, which changes how the other two will look. Based on the order you do them, the game is completely different.

ZW: So it’s not just about reaching a discrete ending, it’s about having different experiences along the way?

JTH: Yeah, it’s completely about the journey. This is something that I haven’t seen a lot in other games. Most of them are like, “Oh, what ending are you targeting?” In this the route is different, even down to minutiae: dialogue will be different, a character will react to you differently, the world that you go to will be fire instead of ice. All kinds of things like that. 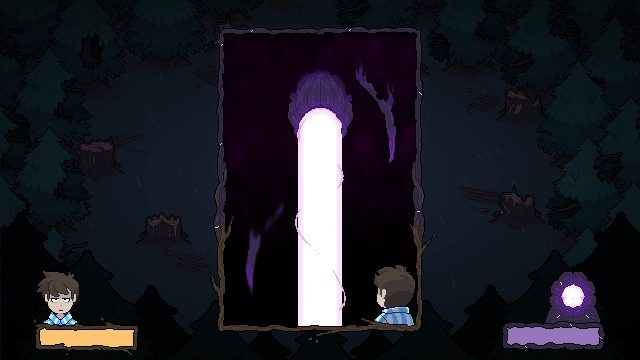 ZW: That’s intense. I also heard you mention earlier that Heartbound is available on Steam in Early Access.

JTH: Yeah, we’re in Early Access on Steam. It’s $10. It’s two and a half hours of game right now, and it ends leading you into the third chapter, which is what we’re working on right now. We actually build it on stream, so that’s about 70 hours a week: seven days a week, ten hours a day. Stop in and you can watch us build it.

ZW: I did. Someone was making pixel-art vegetables, I think.

ZW: What’s the roadmap for completion?

JTH: Early-to-middle next year is when we’re hoping to have everything finished. Right now we’re working on chapter 3, and there’s a total of five chapters. We’re looking for a five to six hour runtime in total. Right now it’s feeling really good. The main importance to me is not releasing any part of the game before it has the emotional impact that I want it to have.

ZW: So there’s a five to six hour runtime, but lots of replayability from the different choices?

JTH: That’s right. In fact, the community has come together to build a wiki of all of the paths and routes in the game and it’s absolutely enormous. On top of that, I have a huge ARG behind the game, so that can change the savefile, unlock other areas that don’t already exist to a normal player, and do all kinds of crazy things.

ZW: I noticed that a lot of the Steam achievements are based on accomplishments that are more esoteric than in many games. Is that also tied into the ARG?

JTH: Some of them are tied into the ARG and some of them are just extremely difficult things in the game. I’m used to a lot of games just handing you tons of achievements for minor actions like “kill 100 enemies”, since you’re already going to kill thousands of them in the game. It doesn’t feel like an achievement to me, so the achievements in Heartbound are about very, very difficult things. For instance, one of them is to beat the first boss of the game without ever being hit. Using no weapons. And wearing your pajamas so you have half health. It’s the most weak form you can possibly be while doing it perfectly. I think something like 0.2% of our community has it, but they’re very proud of it. It’s a hard thing to obtain.

ZW: There are a lot of YouTube videos and streamers interested in Heartbound. Is there something in the game that makes it especially appealing as a community-based game?

JTH: I think so. I think it’s because each of the routes is very different. Unlike many games where you choose light or darkness, in this case you can choose kind of a middle ground and everybody’s route is slightly different. If you’re watching your favorite YouTuber play it and then you go play, it could react in completely different ways. Even small ways like different dialogue.

ZW: I have seen conversations around Heartbound that refer to “light” and “dark” options. In many games that point toward morality like this, avoid the extremes locks off large chunks of content and ends up being the boring route.

JTH: That’s not the case here. The reason I put in the light and dark is to show there are morality choices in the game, but they are absolutely not rails. They’re just there to show you there are choices that can be made.

Not all of those choices are light or dark. Some of them are middle ground. Some of them will hurt one person and help another one. How do you determine if that’s a bad action or a good action? 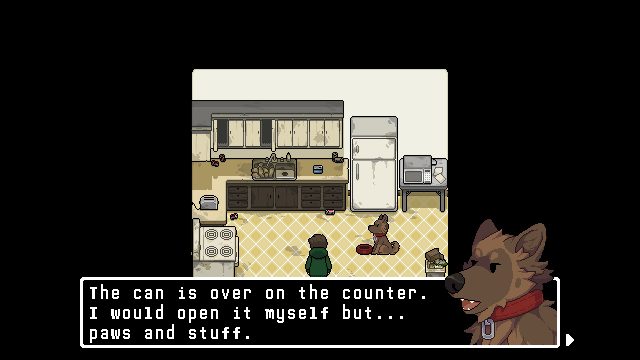 ZW: I’m intentionally phrasing this in an inciteful way, but I’m curious: does the game — or do you as a designer — have a secret point of view that’s secretly judging the players’ actions, or is the point really just having players ask themselves how they feel about actions like benefiting one character over another?

JTH:It really is about how the player feels. The thing is there aren’t any wrong answers in the game — there’s no way to play the game incorrectly. It’s more about the experience the players have, and then they get to compare that experience to someone else and be like, “Hey, how did you do that? How did you get that item? How did you find that area? It’s something I didn’t do.”

We do make fun of people who feed the dog garbage. [Laughs] That is a big community meme.

Thank you again to Jason Thor Hall for taking the time to talk to me about Heartbound. Heartbound is currently available for PC, Mac, and Linux on Steam via Early Access.