Square Enix revealed the box art for the upcoming Final Fantasy VII Remake. The art is reminiscent of the original box art from Final Fantasy VII on PlayStation back in 1997, which featured the protagonist Cloud Strife wielding his iconic Buster Sword as he stares off to the headquarters of the tyrannical Shinra Company.

Additionally, Square Enix has released new screenshots, which show off the protagonists as they travel around and battle in the city of Midgar and its slums in Sector 7. Cloud, Tifa, Barrett, and Aerith are showcased in battle as they fell foes with magic and summons, with the images also showing off the Materia system, Limit Breaks, and more.

Lastly, a new gameplay video from the 2019 Tokyo Game Show is now available, in which Cloud, Tifa, and Aerith fight the sewer beast, Abzu. The gameplay video highlights each characters’ battle styles, with Cloud mainly focusing on swordplay, Tifa fighting up close and personal with her martial arts, and Aerith attacking from a distance with ranged magic. The video features the game’s standard real-time system, however, there will also be a “Classic Mode” where the real-time portions of the game are done automatically, letting players focus entirely on the menu-driven portion of the system, much like the original. More information regarding the newly revealed “Classic Mode” can be found here.

Final Fantasy VII Remake will be released in multiple parts, with the first part set to be released exclusively for the PlayStation 4 on March 3, 2020. The game will include English, Japanese, French, and German voiceovers. 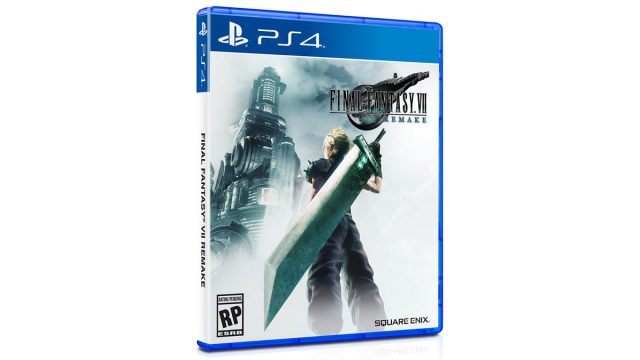