In Solasta, it truly pays to peek into every nook and cranny.

Played all the Dungeons & Dragons inspired games, but want to get back to the traditional rules?  Then Solasta: Crown of the Magister may be the game you are looking for.  Using the Open Games Licence, Solasta is a game that follows the D&D Fifth Edition ruleset, and feels just like a traditional D&D campaign.  For the demo, characters were pre-rolled, though for the full game the player can create their own party from top to bottom.

Scenes are fully voiced and based on the background and traits that characters have selected upon creation.  This particular party had a cynical rogue, mostly in this adventure for the money; a fighter who is clearly disdainful of the rogue’s attitudes; a wizard who is perpetually optimistic; and, lastly, a cleric who is the moderating voice and problem solver for the group.  Arriving at the quest location, a short conversation took place, catching the characters up on why they’d been sent here in the first place. 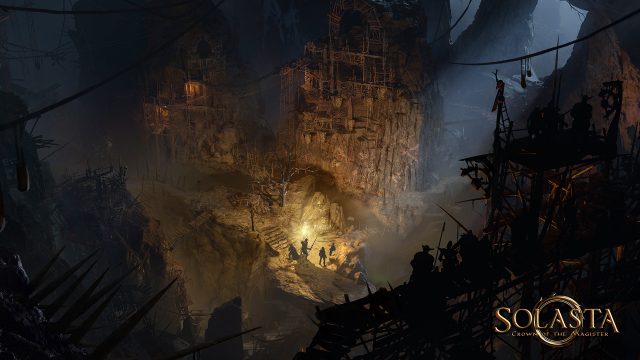 It turns out some explorers had been delving into some ruins when they were overrun by orcs.  Some were killed, others escaped, but one was captured, and those who remained wished for the party to go in and rescue the poor fellow.  During the conversation, the two NPCs argued over whether they should provide food to the party.  A charisma roll popped up at this point, and choices included the thief rolling a deception check, the cleric rolling for persuasion, and the warrior rolling for intimidation.  Unfortunately, it turns out my rogue wasn’t actually very deceptive and his lies fell on deaf ears, meaning no extra foodstuffs for my party.

Heading towards the ruins, the developer guiding the demo suggested taking a brief detour from the entrance to instead check out some conspicuous bushes, where a chest was waiting with needed equipment.  Once inside, again stepping off the main path meant discovering some much-needed goodies, including a spell scroll for my wizard.  In Solasta, it truly pays to peek into every nook and cranny.  Back to the main path, my individual characters’ skills began to show, as the rogue was able to safely set off a trap, allowing other party members to avoid taking damage.  Then as the lighting became poor, the cleric was able to use a cantrip to create light, spotting spiders ahead that could no longer surprise attack the party.

Combat in Solasta feels just like a tabletop RPG, where each character gets a turn and logical strictures apply, such as attacks of opportunity and line of sight penalties.  In one fight, the warrior switched from sword and shield to a crossbow, allowing him to pick off a spider on a tall wall, while in a second fight the rogue was able to begin combat with a surprise attack by shooting an orc from an elevated platform — this gave my team a massive advantage as most of the orcs were picked off by spells and ranged attacks long before they got close enough to attack. 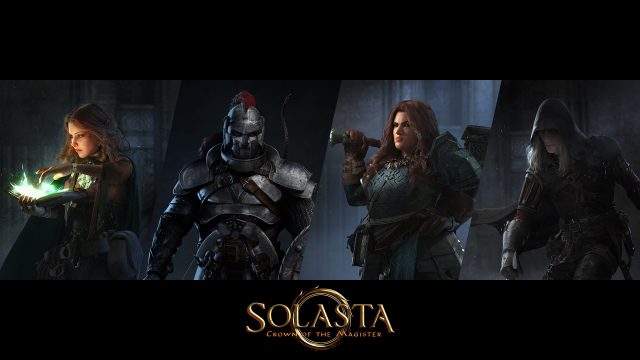 While the core game is funded and available to Wishlist on Steam, the developers will be using Kickstarter to fund additional content potentially release the game on other platforms besides PC.  Be on the lookout for the Solasta: Crown of the Magister campaign to begin tomorrow, September 3, 2019, with the same demo I tried at PAX West playable for all potential backers.