Skellboy is trading primarily on raw charm, but while the controls felt a little loose in places, they felt fixable and can easily be forgiven for the chance to wander around its silly world.

Skellboy is the sort of game which provides appeal right up front. One look at the papercraft-meets-3D Dot Game Heroes art direction is enough to show how much the game is built on being charming. The gameplay demo was simple but indicates it has enough chops to support that charm.

Skellboy’s defining feature is the ability to swap out parts of the title character’s skeleton to grant buffs and change his appearance. While it’s admittedly a simple gimmick, the demo immediately plays it to the hilt in both gameplay and writing. Skellboy starts with no feet and thus couldn’t walk at anything faster than a crawl, but with feet attached, he sped up and gained the ability to jump. The demo offered a variety of different heads, torsos, and feet in addition to numerous weapons to mess around with. Not all of these new body parts were automatic improvements though. Some replacement ribcages lowered max HP so it is beneficial to actually weigh what each new body part has to offer. Skellboy doesn’t have much room to spare so while he can hang on to multiple weapons, any new body part is immediately forces the last one onto the ground. 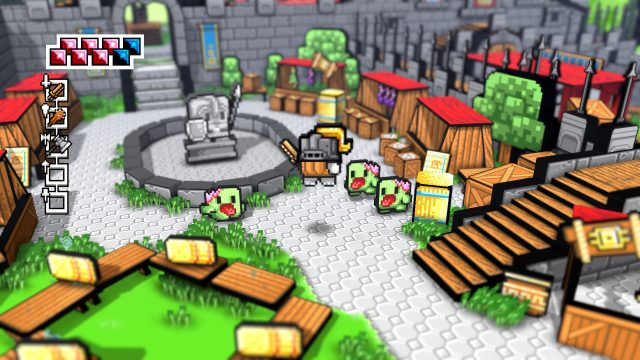 Even in a short demo the structure of Skellboy seemed fairly straightforward, with a similar flow to Zelda or Metroid. Like most Zelda games there’s no exp or leveling; Skellboy’s suite of powers are up to what the player makes of him. While the demo didn’t allow any holding of unequipped body parts, it was made clear that the final game will have an area between fast travel points that can be used to store spare parts, allowing some capacity to hold onto certain parts without making the moment to moment swapping completely unworthy of consideration.

Skellboy’s plot maintains the same goofy tone. A necromancer has been rejected by the kingdom’s princess and in a fit of rage he responds by making an army of evil skeletons while also accidentally raising the eponymous Skellboy, who goes out to put a stop to this. It’s a simple story that sets the mood well and fits with the visuals. The game doesn’t appear to be going for a deep involving tale, but the writing hits the mark where it needs to. Each inventory item has an amusing description, a new ribcage lowers Skellboy’s maximum health because its sheer ugliness causes enough shame to physically weaken him, Skellboy’s bone feet are described as providing an unfair advantage in tapdancing competitions, etc. The descriptions were a treat and it was exciting to get new items just to read what new joke would accompany them.

Skellboy is trading primarily on raw charm, but while the controls felt a little loose in places, they felt fixable and can easily be forgiven for the chance to wander around its silly world. Hopefully UmaikiGames can make the fun tone last the entire way through when it launches for Nintendo Switch on December 3, 2019, with PC, Mac, and Linux versions following in 2020. 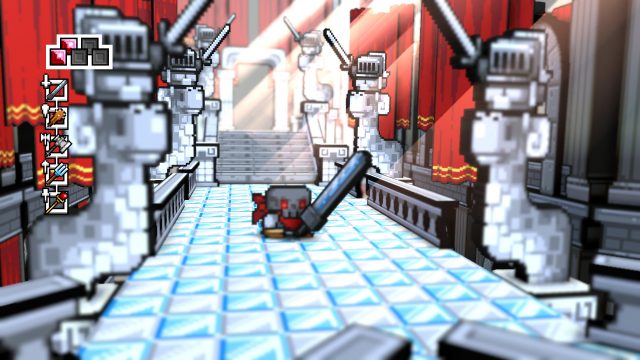