Details, Images Released for Coven and Labyrinth of Galleria

Nippon Ichi Software has released new details and images for its upcoming dungeon-crawler Coven and Labyrinth of Galleria, a follow-up to Labyrinth of Refrain: Coven of Dusk. Players are put in the role of a “Necrolamp” owned by Madam Malta, which is able to command puppet soldiers as they conquer an underground labyrinth.

In addition to the player character, the major characters are led by Eureka, who acts as the vessel of the Necrolamp. Eureka is a young girl who came to Galleria to be an exploration assistant and has a bright personality. Eureka acts as the assistant to Madam Malta, an old witch who is tasked by the king of Galleria with searching its underground labyrinth for treasures. Joining them is Perico, Madam Malta’s granddaughter, who is often in a glum mood and likes cats. 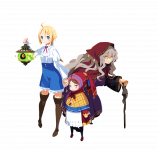 The labyrinth of Galleria is found below a mansion deep in a forest. To explore it, Madam Malta enslited the assitance of the player and puppet soldiers created by infusing wooden puppets with anima. These soldiers comes in multiple types called Facets. Two Facets have been revealed so far — the Wonder Corsairs, which are martial experts that offer good balance and flexibility, and the Shinomashira, attack-focused assassins that wield hammers.

Small groups of puppets are known as Covens, while larger groups are known as Witch Brigades. In the game, Covens are treated as a single unit, while Witch Brigades refer to the party. Up to five Covens, each containing up to eight puppets of which three can be active at any one time, can be placed in a single Witch Brigade. Turn-based combat is initiated by coming into contact with an enemy icon in the game’s 3D dungeons. 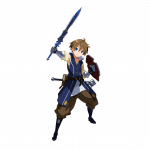 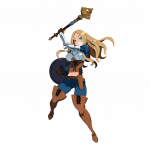 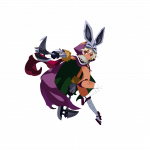 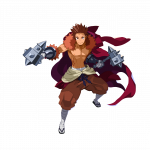 Coven and Labyrinth of Galleria features a system called Critical Gore, where critical hits can destroy a body part. If an enemy receives a Critical Gore, its stats can become severely reduced, and players can try and set up their party to make it more likely to unleash critical hits. The player’s puppets can also be hit with a Critical Gore, however. Those with broken torsos or limbs can keep fighting, but a destroyed head will see the puppet incapacitated in a single hit. Destroyed body parts can only be fixed back at the home base.

The game also introduces Miramachina, summoned beings that are placed in front of Covens to act as a shield. Miramachina can only be present for a certain number of turns but also aid the player through various abilities that they use on their own accord.

Coven and Labyrinth of Galleria is being developed for PlayStation 4 and PlayStation Vita and will be released in Japan on July 25, 2019. No announcement has been made regarding a western release.