Hollow Is an Apt Description

The huge popularity of the Sword Art Online light novel and anime series is arguably best demonstrated by the ceaseless continuation of its video game series. Despite never producing anything that stands out, three games have already been released in the West with a fourth on the way this year, though that upcoming title is a crossover with another Reki Kawahara-penned franchise. Sword Art Online: Hollow Realization continues the trend of this series’ previous two titles with another entry that really only has appeal to those who are already massive fans of the series, and those desperate to eat up anything that attempts a .hack-style premise.

The Sword Art Online games take on a continuity separate to that of the main series. Sometime after the events of Lost Song, which have zero significant impact here, a new VRMMORPG comes along. For some incredibly misguided reason, its creators decide to base most of the code for Sword Art: Origin by reusing the entire base of the original Sword Art Online game as a black box. Yes, the game directly responsible for killing loads of its players — evidently there is no form of oversight in the near-future. In addition to the promise that real-life death is no longer a feature, the new Sword Art: Origin at least gives players a new location, the incredibly generic world of Ainground. The game also has a special feature debut in terms of its AI NPCs. These are all programmed to live their own lives but have the special rule that if one of them dies they are gone forever and replaced by a completely new one. Hollow Realization makes a ham-fisted attempt at saying the NPCs should be treated as living things, but it falls flat when every character, regardless of being a player or NPC, follows the same dull template within the game.

The biggest problem with the narrative in Hollow Realization is it is just plain boring. It takes a long time before the plot starts kicking off in any meaningful way and throughout individual events are just followed-up with a message that more exploration is needed before dumping the player to go and find the next area in the game where something will happen, with no reason as to why it will happen in that particular spot. Players once again create their own avatar, but for the purposes of the story they are still fundamentally the usual series protagonist Kirito, a young man whose apparent perfection makes it difficult to be interested in him at all. The game does its best to cater to fans of the cast, pretty much all of whom appear again here, with plenty of events for all of them. Unfortunately, these events are also handled poorly. Most are just a lot of uninteresting, fluffy conversations that fail to drive the characters forward in any way. Quite a lot of the events actually involve a fair bit of action, but rather than letting the player gain some interest by taking part in onscreen events, a series of random sound effects will simply be interjected to convey the fact that things are happening. At least the game includes the option to skip through the text quickly, which can be safely done with pretty much zero loss of knowldege regarding the plot. 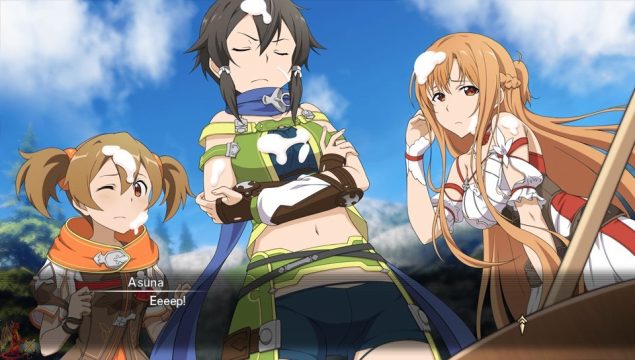 Yes, there is fanservice.

Ainground itself also has nothing going for it. The world is made of a selection of generic areas — a forest area, a desert area, etc. — each divided into sections that offer little to stand out from any other game. There is no coherent lore for players to find, other than some generic disconnected fantasy drivel spouted in certain event scenes. On the whole the game doesn’t look especially great on the Vita, which also comes with some significant loading times and utterly ridiculous monster or character pop-ins. The issues are most apparent back at the Town of Beginnings, where it will take up to twenty seconds for all of the players and NPCs to actually appear.

The Town of Beginnings is the game’s hub area. Equipment and crafting shops offer a small bit of extra depth but are pretty standard. These are also where various side events are found, and where quests can be accepted and reported. These side quests, without exception, require that X monsters be killed or X items be collected — though they do provide a helpful source of additional funds. The hub is also where players can see extra events and have conversations with the other AI players and NPCs of the game, perhaps getting the player character’s relationship with them up to the point where they can join the party, equip different gear, or maybe even participate in some pillow-talk for the sake of fanservice. These generic conversations also show up the general weakness of the game’s localisation. Although nowhere near as bad as the original release of Hollow Fragment, there are still plenty of odd phrasings, errors dotted around, and an utterly useless tutorial. The game also features a messaging system from the AI players and NPCs, however, outside of the dedicated ones from events the messages are ridiculously repetitive and ultimately add nothing.

Combat at least is where Sword Art Online: Hollow Realization does an entertaining job, though it is nothing to write home about. Players are joined by up to three others in their party, who are controlled by the AI with players able to give basic commands of mixed effectiveness, and go around slaying the various enemies they come across. All weapons and skills in the game are strictly melee, with two control methods that can be switched between on the fly, one where a selection of actions is assigned to different face buttons, and an MMO-like menu bar where a wider selection of skills, items, etc. can be listed. Combat’s essentials are usually quick and enjoyable, in which most standard enemies of a similar level will go down after one or two special attacks. 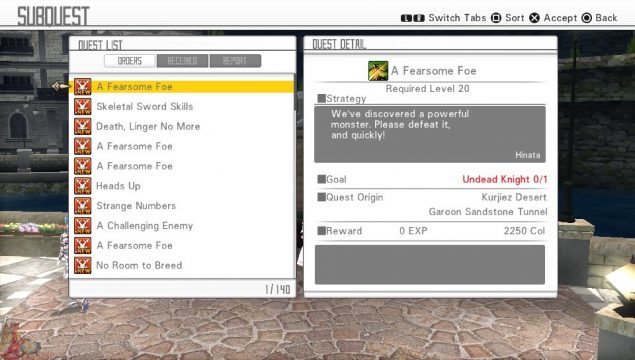 It’s hard to underestimate how much effort went into quest naming.

The Vita version in particular has issues with targeting and in the implementation of boss fights. Certain enemies can be an absolute pain to hit, particularly those with any sort of aerial aspect. Special raid boss fights, are joined by some AI parties that serve as nothing more than cannon fodder, often require coordinated teamwork that prompts frustration because the AI simply isn’t equipped to provide it. It’s a shame, as with better implementation these could be a lot of fun.

On the audio front, there’s not much to complain about. The music is decent but fails to linger long in the memory and the Japanese voice acting is of good quality. Having just Japanese voicing seems like the best option, considering the quality of the English script. Putting in the time and effort to have an English voiceover just doesn’t seem like it would have produced a worthwhile result.

As a stand-alone product, Sword Art Online: Hollow Realization has very little to recommend it. Gameplay is decent enough to hold interest, but better versions of every aspect can be readily found elsewhere. Even for ardent fans of the series, it’s highly debatable whether the game is worth the time. Hollow Realization shows no progress for a series that appears to be relying solely on its base franchise for sales. 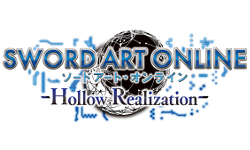