What’s in the Box?

The third entry in the Wii’s impressive swan song has met with less excitement than the previous two games. And while it is true that Pandora’s Tower isn’t able to match the lofty heights of Xenoblade Chronicles and The Last Story, it still provides a decent experience using some interesting ideas. Ganbarion’s adventure-RPG still has its flaws and is lacking a bit of overall quality and polish, but many players will find it worth the time.

Pandora’s Tower is set in a location known as the Scar, a massive hole in the ground held together by a set of huge chains, at the centre of which are thirteen towers. Aeron and Elena travel to the Scar to rid her of a curse that causes her to transform into a monster. In order to remove the curse Elena must eat flesh from each of the twelve masters that dwell at the top of each tower. The couple has been guided to the towers by Mavda, a member of the mysterious Vestra tribe, who carries her companion around on her back and informed the couple of the nature of the curse when it first appeared. To collect the flesh from the masters Mavda loans Aeron the Oraclos Chain, which is used extensively both in battle and in the exploration of the towers.

While the continent is currently undergoing near-war tensions (Aeron is a former soldier from the country currently most tense with Elena’s), the story relegates any happenings in the outside world to mere background details in favour of focusing fully on Aeron, Elena, and the thirteen towers themselves. Each time Elena eats a piece of master flesh she receives a vision of the past, although the exact meaning of these visions is kept well hidden until late in the game. Mavda occasionally provides snippets of goings on in the outside world and there are numerous bits of lore to find, which are nice embellishments to the history of the towers but certainly not needed to enjoy the story. There’s nothing that particularly stands out in the writing, but the tale is enjoyable. Elena and Aeron’s relationship is pleasant and frequently heartwarming, although this is mostly because of Elena, who isn’t really helped by Aeron’s mostly blank slate. 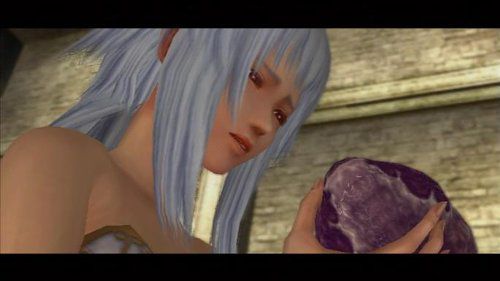 Gourmet cooking at its finest.

The bulk of the game consists of venturing into the towers to collect the master flesh. While Aeron is in one of the towers time passes in the abandoned military observatory that now serves as their home. Wait too long and Elena will begin to transform due to the curse, with a game over if the timer runs out fully. Players can replenish the time limit by bringing back flesh from normal monsters, and the majority of towers will require two or three trips to complete. Although the time limit may cause concerns to some, it generally isn’t too much of an issue; the requirement to return to Elena does mean exploration gets broken up quite nicely and players are able to create shortcuts to get where they were before more easily. However, it does add admittedly a bit more frustration when stuck on a tough puzzle. It’s worth noting that the transformation is placed on hold whenever Aeron is back at the observatory, even if he decides to rest for several hours.

In order to get to the master of each tower, Aeron must first the destroy the chains sealing the entrance to its lair. Doing so requires finding the weak link housed behind one of the doors only operable using the Oraclos Chain. Getting to these links often requires players to solve puzzles and make use of the chain’s ability to latch on to targets and rip apart enemies. The puzzles are quite engaging, striking up a good difficulty balance. There are also numerous monsters patrolling around. Some are welcome and enjoyably quick battles, while others are merely annoying. In the later stages of each tower, however, the minor enemies are just a nuisance. The number of chains to destroy increases as players go through, starting at one and increasing to four for the final few towers. Fortunately each tower includes plenty of checkpoints and dying only resulting in the minor inconvenience of returning to the last checkpoint.

Both the Wiimote-nunchuk combo and the classic controller are fully supported, with the right stick on the classic controller taking over any Wiimote pointing duties. The controls generally work well, but they can feel very clunky at times and are sometimes at loggerheads with the camera, which frequently chooses views that may be more aesthetically pleasing but not particularly helpful to the player. It’s particularly noticeable when fighting against the standard monsters in the towers, especially in those areas near where the angle changes. Aeron can use both his primary weapon and the Oraclos Chain in battles, although the chain becomes more important when defeating the masters. In tandem they both work well and the boss battles are very enjoyable. There is also a standard, linear levelling system for Aeron, plus a grid-based equipment system and a basic crafting system. All three systems are functional and don’t take anything away from the game but there’s nothing in them that particularly excites. 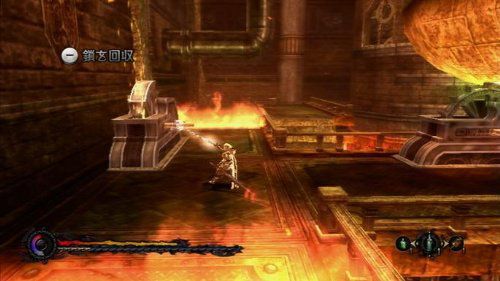 One of your two requisite lava dungeons, it could easily be either of them.

When Aeron returns to the observatory he has a number of ways to help increase his relationship with Elena. The affection bar is key to determining which of the five endings players get, with a higher affection bar meaning a better ending in general. Talking to Elena will often give a small increase to affection, although providing her with gifts will usually see the biggest increases. This also gets repetitive, as Elena has a limited number of lines, but players will feel obliged to go through them repeatedly to get those that result in the small bar increase. The bar can decrease, but it’s usually minor and happens only if Aeron spends too long in the towers, causing Elena’s transformation to begin, or if he gives an inappropriate gift.

The towers do well to match their themes and are very enjoyable to explore, although it is disappointing that the standard elemental and architectural themes of the first five towers are simply repeated immediately after. There are nice touches, such as the observatory’s decor altering over time as Elena makes use of the various gifts she receives, but in general the visuals manage to give off an emotion more on the side of interesting rather than wondrous. The music sits well in the background and matches up nicely with the relevant situations, although it isn’t overly memorable, and is added to by some good use of a few classical and operatic pieces. Elena and Mavda are both fully voiced and on the end of decent performances from their respective actresses, but it is another small disappointment that Aeron’s voice acting is limited solely to cutscenes and generic battle cries.

Pandora’s Tower can be completed with the S ending in around twenty hours, although some of the other endings do come sooner. Fortunately, if players do get an unsatisfactory ending the New Game plus is friendly enough to allow players to re-enter the story at any of the major points and keep their level and affection progress intact. There’s a good amount of challenge in some puzzles and bosses but the game never gives off the impression of being impossible. In the end, Pandora’s Tower looks to be more of a footnote in the history of the Wii. It’s cast from a different mould than that of Xenoblade and The Last Story, and while it may not reach the same level as its contemporaries, those looking for a decent adventure should find plenty to like. 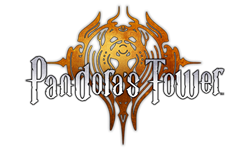