Newly formed Japan-based developer Black Tower, in conjunction with Aksys Games, has produced Magus in its first go at development, an action-RPG that feels like a third-person shooter in some respects. It turns out that, aside from the odd genre mishmash, the game will leave many players wondering what the point of creating it could possibly have been. Magus is just about capable of using up a few hours, but other than that there’s really not much to see here.

Magus‘ story and premise revolve around the title character, a man who has been imprisoned since he was a young child. After around thirty years’ imprisonment, a woman named Kinna appears in his cell offering a chance to escape, in addition to apparently unlocking his potential godhood and ability to harness powerful magic via unknown means. Following their relatively straightforward escape from this prison, the duo go on an adventure of gathering power and exacting revenge on those in the kingdom responsible for Magus’ imprisonment. 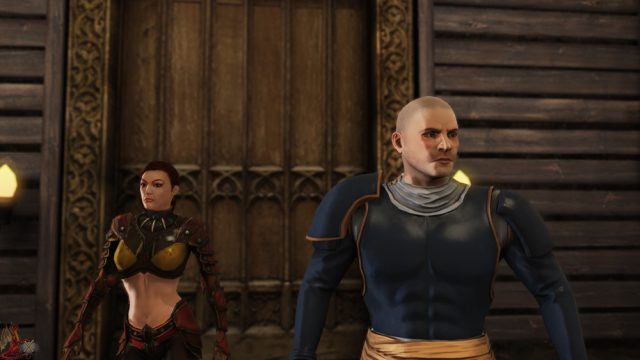 One of the more fancy backdrops in the game.

The story just about holds enough interest for the four hours or so it takes to blitz through, but there’s really not much of interest to be found. There are a few fairly respectable conversations, but really the game is about Magus and Kinna killing near everything they meet. Things are never expounded upon to any great length and it mostly just serves the purpose of building to the game’s final, quite anticlimactic showdowns. There are a few conversational choices to be made here and there, but in the grand scheme of things they add very little.

Gameplay in Magus consists of wandering through six locations of decent size while massacring groups of astoundingly incompetent opponents. Even on the hard difficulty setting, the game presents no challenge whatsoever. Little more strategy is required than circling backwards while holding the fire button down as enemies flail around, vainly struggling to hit the player. The only time Magus was ever in danger in my game was when I decided to test if the game would allow him to fall into a very conspicuous pit of spikes, which it did. Kinna does feature as a completely independent AI fixture in battles, serving mostly to distract the attention of the inept foes and allowing players the slight change of pace of not having to move while they conduct the extermination.

In addition to Magus’ unlimited basic attacks, there are three simple skill trees in each of his colour-denoted type of magic. Unfortuantely, the game provides no real reason to use any of these thanks to the blunt effectiveness of Magus’ basic attacks, although the very first skill to be unlocked justifies the effort since it’s effective at increasing the slaughter speed of large groups. Other very generic features include a simplistic attribute and level up system, plus equipment and loot. There isn’t much to say about these aspects, except that they are present without contributing anything interesting or noteworthy. 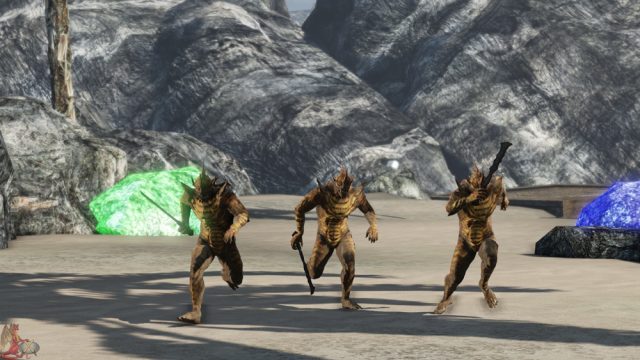 Here we see a grand total of one, maybe two, brain cells.

On the visual front, the game is pretty sub-standard. There aren’t any hiccups, but the character models and locations aren’t very detailed or interesting to look at, with the locations especially being very generic and dull. There’s also no variation in the hordes of enemies Magus faces, with maybe two distinct character types in each of the five or six areas, plus a slightly different model to denote boss encounters that remain indistinguishable from all others in terms of challenge and content. The game’s voice acting is passable, if often very stilted, and the music is decent enough but instantly forgotten.

The more one looks back on it, the more it feels like Magus‘ primary purpose was to acquaint a new development team with the tools at hand while building up a few skills. Balancing issues aside, there don’t appear to be any major coding issues and the basic systems fit together ok, so if it this is the case then at least there is justification for its creation. In terms of its use to players, however, unless they’re really desperate for something that will just about manage to kill an evening, Magus can be safely looked past. 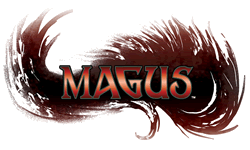