I am constantly amazed with just how much an episodic RPG manages to cram into its content. While RPGs seem like a genre that doesn’t fit with the episodic formula, there are a few developers who have managed to make it work and balance all of the important aspects of an RPG into a minute space. Fated Haven: Chapter One is the perfect example of how to weigh the importance of story and gameplay within such a small timeframe.

Fated Haven begins with two young lovers, Lief and Jade, who are caught in the middle of a rebellion. On the eve of Leif confessing his feelings to Jade, the two are attacked by the Thanado, a group of fiends who are taking over Lief’s hometown by enslaving its inhabitants. Watching Jade be murdered before his eyes, Lief’s life is transformed when he is invited to join an underground rebellion set on destroying the Thanado and freeing the people from their freshly laid-down bonds. In preparing for this rebellion, Lief meets Clarie, Xavier, and Nora, three equally passionate people who have all been touched by the horrors of the Thanado, and vow to obliterate them once and for all.

As cliché as the plot sounds, Fated Haven‘s strengths rely on its well-told story. Episodic titles tend to never give enough detail before the Chapter ends, but Fated shows that it’s possible to tell a great tale in the span of five to six hours. Part of the strength comes from the game’s believable cast of characters, each with an individual struggle. What makes the story work so well is that none of the characters feel safe. The developer has created a tone so that anyone can switch sides or be killed within an instant, and yet it never feels random or out of place. Character events feel traumatic, showing tons of emotion not found in a lot of recent games. Fated Productions has created a cast of characters worth caring about, and that in itself is a worthy feat. 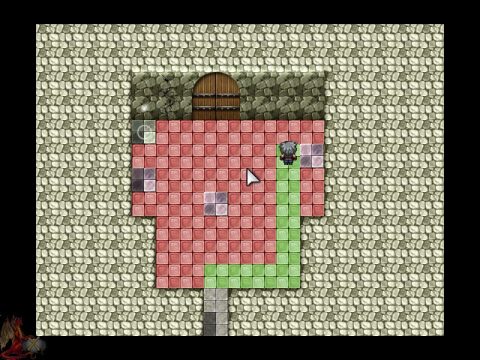 Another aspect to be applauded in Fated Haven is its pacing. There’s a perfect balance of gameplay and story. The game sports a clean interface with both mouse and keyboard controls that work very well with the map designs. For an RPG Maker title, map design is often what can bring the enjoyment level of a game down, but each location is decently crafted and easy to navigate. There is also a variety of puzzles that are thought out well, without being too challenging. The difficulty of Fated Haven is not too demanding and shows that it’s a great first RPG for those new to the genre.

Like the majority of RPG Maker titles, Fated uses a traditional turn-based battle system and doesn’t do a lot new with it. Characters take their turns and are able to attack, use magic, guard, or use an item. There’s not a lot of creativity within the combat system, leaving it more of a hollow shell than something that feels at all engaging. It’s still functional, but easily the game’s lowest point. One decent aspect, however, is the game’s leveling system, which allows players to customize their heroes in any desired way that they want. The customization is a nice touch, but it doesn’t help the general blandness of combat. 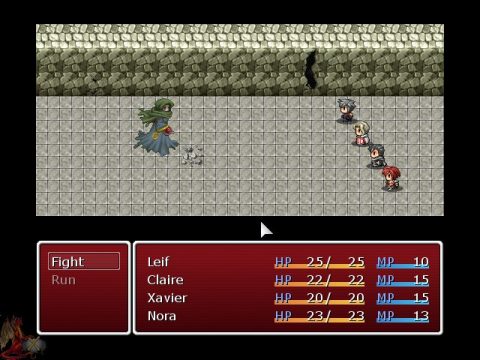 Something that isn’t bland however, is the game’s soundtrack. As an independent title, one would not expect a quality score, but Fated Haven has absolutely stunning music that is quite fitting to the story’s tone. Each track is able to stand on its own, and it never feels repetitious despite the constant looping. It’s pleasant to the ear, and each composer showcases a unique sound that gives Fated dramatic audio prowess over other RPG Maker titles. The same cannot be said about the game’s graphics, which are competent but simply don’t stand out by doing anything different from other titles. The sprite work is decent and the portrait artwork is quite nice, but it would be nice to see a more unique side to the graphics that Fated is sorely lacking.

Fated Haven shows tons of promise for the episodic RPG. Not only does it showcase a great story, it ends on enough of a cliffhanger that players will be dying to find out more. While the game is not without its flaws, there’s something bittersweet that keeps this title fresh and intriguing. Those looking for a title with strong story elements who do not mind combat being a bit of a snooze-fest, Fated Haven: Chapter One is for you, as it will definitely tug at your heartstrings.