Games as a Disservice

It’s a good time to be a Dungeons & Dragons fan. Following the recent release of a remastered version of the PlayStation 2 game Baldur’s Gate: Dark Alliance comes a spiritual successor, aptly named Dungeons & Dragons: Dark Alliance. Developer by Tuque Games and published by Wizards of the Coast, the game seeks to modernize the series and capitalize on recent game trends with a co-op hack-and-slash loot-fest. While it provides a solid enough co-op experience, a disappointing solo campaign and unrefined gameplay mechanics are sure to blunt the growth of this multiplayer experience.

Dungeons & Dragons: Dark Alliance is based on the Legend of Drizzt book series by R. A. Salvatore, with the game taking place well into the series timeline. The game sees players control one of four characters: Drizzt the rogue, Catti-Brie the ranger, Bruenor the fighter, and Wulfgar the barbarian. Drizzt and his companions seek to reclaim the remains of an evil Crystal Shard as leaders of competing factions race to obtain it as well. There is certainly an extensive in-game universe, but the game’s plot is entirely accessible to those who have little to no experience with the book series, author, or even Dungeons & Dragons in general.

After choosing a character, players are dropped into a nearly empty hub and given a choice from several missions across Icewind Dale. The hub is essentially a dead zone with no sense of community or vibrancy, save for a wisecracking shop clerk. While in the hub, gamers can identify loot gained during the last excursion, inspect trophies, buy items, and more. From this point, the game establishes a reliable if unexciting gameplay rhythm: choose a stage and corresponding difficulty, complete the level, collect loot, change character loadouts, and begin anew. 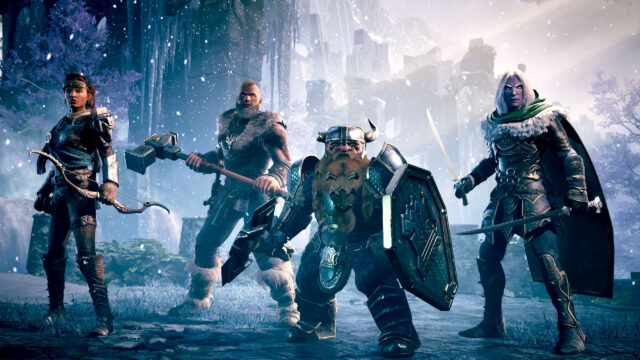 While the game is deeply rooted in an expansive fantasy world, the story is sparse and mostly told through in-menu narration, with short cutscenes before and after each stage. There is amusing party banter in each level that changes based on who is in the party, and while the chats are largely tangential to the plot, they provide a nice touch of characterization. Likewise, players should expect to overhear enemy chatter when approaching their groups. This bit of world-building breathes some life into the otherwise flaccid narrative. However, little of what happens during the missions impacts the overarching story, which can be completed in a handful of hours.

While it is entirely possible to complete the game as a single-player campaign, doing so is dull and unbalanced. Rather, the game is meant to be played with others, again and again. Playing in groups is essentially the only way to clear the stages on higher difficulties, allowing players to collect rarer and more powerful loot. The emphasis on loot is undeniable; the actual word itself is so prominently and frequently featured on-screen you’d be forgiven thinking the game was about to ask you to spend real money on a micro-transaction. The entire multiplayer experience hinges on the enjoyment of this repetition, and the singular focus on loot is off-putting.

The game mechanics are serviceable for a third-person action RPG, featuring mostly linear maps while players fight monsters, amass loot, and worth through uninspired story-related checklists. The bulk of these are essentially fetch, kill, or fetch-and-kill quests. Each stage features optional quests, all of which center around killing palette-swapped enemies or collecting an inordinate amount of random items. At regular intervals, camping spots allow players to restore health and items, whereas skipping these checkpoints instead boosts the chances of rare loot. As potions and other items are limited, restoring health can become a frustrating proposition without Catti-Brie using her group healing ability. Once the stage’s boss is defeated, players are then taken to a breakdown of each character’s stats before returning to the hub. 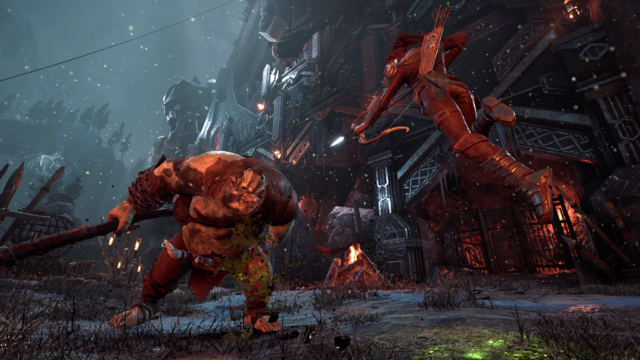 Character and enemy models are well-detailed.

On top of endless and increasingly useless loot, players are awarded points to increase their passive or attack abilities for use in battle. Each character has a host of skills and abilities to unlock, adding dimension and depth to the battle system, which encourages smart parrying and use of special attacks. Balancing issues prevent the battle system from reaching its full potential, however, as the difficulty can vary depending on party composition coupled with a faulty targeting system which results in a number of missed attacks.

The end result is a clumsy and unrefined battle system with surprising depth that opens up as the player becomes acclimated to the game’s flaws. Playing high-level stages with a full party can be exciting and challenging, while soloing the same level can be a disorienting chore. Relying on this gameplay loop is problematic as there is very little else to sustain players in the long-term.

Like the battle system, the presentation is similarly hit-or-miss. The stages are well designed but unremarkable. Character and enemy designs are thoughtfully drawn, but feel cheaply animated when in motion. The user interface is flat and ugly, reminiscent of action RPGs from two console generations ago. What little music is featured in the game is acceptable high-fantasy dungeon fare. It is difficult to recommend this game as a solo experience when players could just as easily buy the similarly titled remaster. Yet there are charms to the battle system for ardent D&D fans and loot-crawlers alike, so long as one enjoys this particular grind.

Ultimately, Dark Alliance is a flawed game that provides a perfunctory single-player experience that fails to dazzle or delight. While there is some depth and enjoyment deep within the heart of the multiplayer experience, Dark Alliance fails to provide the engrossing gameplay experience that is required in order to sustain the sort of long-term community clearly desired by the game’s creators. The developers are already planning to implement changes based on player feedback, on top of a planned expansion and fifth playable character, but the question then becomes how many will still be waiting in Icewind Dale? 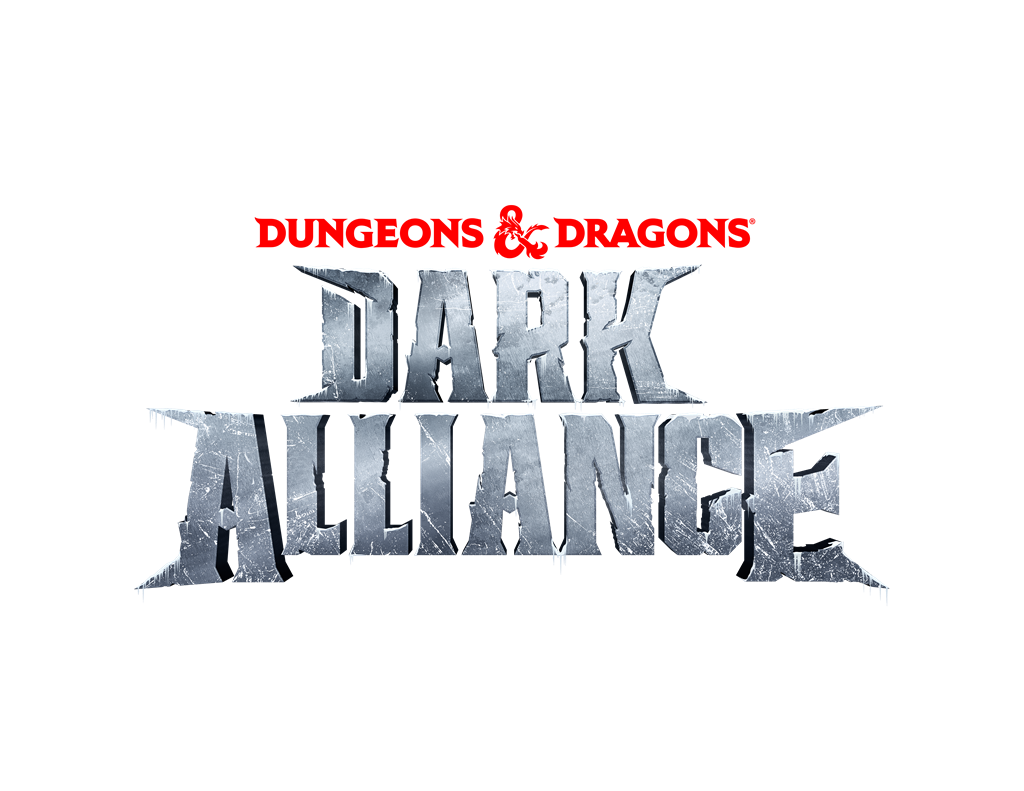