For many fans, Castlevania: Rondo of Blood is considered the best of the side-scrolling action games, if not the best game in the entire series. Sadly, it was never released in America, and the only legal way to play it was to import the game and system, something that did not come cheap at all. But things have changed now. With the release of Castlevania: The Dracula X Chronicles, English-speaking players can finally experience the entire saga of the whip-wielding Richter Belmont.

The main game is a remake of the aforementioned Rondo of Blood that takes full advantage of the PlayStation Portable’s power. As before, the game is still a two-dimensional side-scrolling game, but this time around, the background is presented in 3D. This hybrid of the two perspectives is sometimes referred to as 2.5D, and it makes the game look beautiful.

As in all the Castlevania games, Dracula is once again being brought back to life. This time, it’s all at the hands of the dark priest Shaft. To make matters worse, he has kidnapped Richter’s girlfriend Annette. So like any good Belmont, Richter takes up the family’s prized whip and goes in to set everything right.

Those familiar with recent Castlevania games such as Portrait of Ruin or Dawn of Sorrow will find that this game is vastly different. It is much more similar to some of its eldest brethren, Castlevania I, III, and IV. The game is divided up into twelve different stages; eight main stages and alternate versions of stages two through five. At the end of each stage is a boss, but depending on the path taken, the boss may vary. After completing a stage, it can be accessed again at any time from the menu, and in fact, to do and find everything in the game, one will have to play through some of the stages several times.

Littered throughout the stages are a great number of unlockables, from extra songs to entire games. Included on the disc are three other games: the original Rondo of Blood, Symphony of the Night, and a game called Peke, which was originally a hidden game in the Japanese release of Rondo. 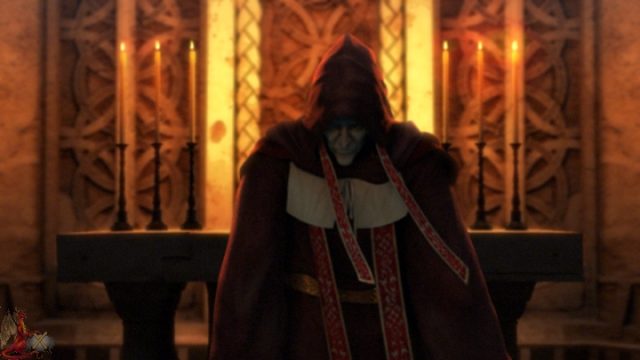 They say this cat Shaft is a bad mother…
SHUT YOUR MOUTH!
I’m talkin’ ’bout Shaft.

In particular, the inclusion of Symphony of the Night will appeal to many fans of the game. Though it has seen some recent re-releases on current consoles as a downloadable game, the PSP version includes Maria as a playable character for the first time in a North American release, and also features new weapons, armor, and monsters. Unfortunately, it does not contain the extra areas found in the Japanese Saturn release, but it does have the two exclusive familiars.

As mentioned before, Dracula X is vastly different from the exploration-based entries to the series. For one, it is significantly more difficult. Stages and bosses are designed to be almost punishingly difficult at first, but with a few tries under one’s belt and a little memorization, most of what was once hard can be navigated with ease. Until players have learned all necessary patterns, they can expect to die frequently. Richter typically goes down in around five to six hits, and Maria can meet her untimely demise even faster. As such, the game is not very forgiving, and it can be made worse by the sometimes faulty hit detection. This might not be so bad if it went both ways, but generally, you will miss more, and the enemy will have higher success rates. 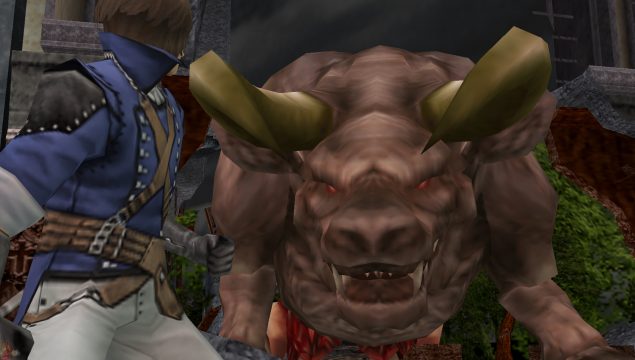 Do you has muh bukkit?

Like the other side-scrolling games in the series, there is not as much plot to be found in the main game, though admittedly, there is much more than is found in the others. This is handled by having to find four maidens, including Maria and Annette. In order to get the true ending, all four will need to be rescued. What is of importance is this is the game that directly sets up its sequel, Symphony of the Night. In fact, the beginning of SotN is a reprisal of the last boss fight in Rondo.

If there is one thing that Castlevania games are known to do well, it is the soundtrack. Dracula X remixes all of Rondo‘s songs beautifully, and with the inclusion of the ability to unlock all the songs from the main saga and then subsequently listen to them in the remade game, Dracula X exceeds all expectations. The sound effects are equally good, though they have not changed much from recent games.

Considering the game’s slightly lower price, Dracula X: Chronicles is a bargain by itself, but when you consider that it also contains the original Rondo of Blood and Symphony of the Night, it is a downright steal. Not only that, but Symphony also has a fresh translation of the script and the inclusion of Maria as a playable character. You will be hard pressed to find a better collection of Castlevania games in one package. It definitely belongs on the shelf of any series fan.