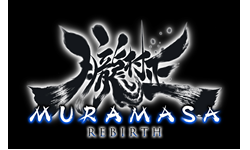 Vanillaware games cannot be faulted for their production values, and Muramasa Rebirth certainly upholds that studio tradition. This is a game that is consistently gorgeous to behold, and its sound quality is also top-notch. Visuals and audio together completely nail the vibe of medieval Japan that the narrative explores. George Kamitani’s narrative is also fascinating, partly for exploring themes that aren’t seen very often, and partly for depicting some memorable characters who do the exploration.

The Vita got the superior version of this game though, which is still an exclusive to the system. The Wii release had a lackluster localization that was tremendously improved by XSEED Games, plus the lack of a jump button on the original platform was changed. In the form of four DLC episodes called Genroku Legends, Muramasa Rebirth also gained additional content. It’s true that these DLC stories don’t feature nearly as much new visual content as they could, but the characters all play differently and have interesting enough narratives to make going through this material quite worthwhile. The unique bosses featured in the DLC are most assuredly also worth experiencing.

The improvements wouldn’t have mattered if the original Muramasa didn’t seem worthwhile though. This is a game which oozes effective atmosphere at every step and demands attention from the player as well. Its brawler style of combat is consistently enjoyable to partake of, and if one wants a challenge it will most certainly deliver with a higher difficulty and optional challenges throughout. For a game like this to be a Vita exclusive is just another reason to give this worthy system some significant time, and it will not be a cause for regret. 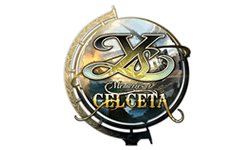 When it comes to Falcom’s most famous RPG series, Ys IV always seems to get overlooked. Sure, you can probably find ports of Ys Book I & II running on a refrigerator LCD screen, and Ys III got a remake from the ground up. For the English-speaking audience however, Ys IV has always been an elusive game in the series. Then, in June of 2013, Falcom announced that Ys IV was getting a remake, and that it was coming west as Ys: Memories of Celceta. On that day, I saw this announcement, and said out loud, “Well, I guess I’m buying a Vita next year.”

Was getting a Vita for this game worth it? Given that I named this as my favorite Vita game, I would say yes! I didn’t get a chance to play Ys Seven, so this was my first chance to dive into the new action combat system. It was probably the most fun I had playing a Ys game in ages.

What makes this game so special is its scope. The plot involves Adol losing his memory (not in a shipwreck, for once). He is then paired with the man who found him, Duren. Adol is then tasked with creating a map of the forest of Celceta in hopes of finding the pieces of his fragmented memory. This forest is massive, and you will be combing every corner of it for at least 40 hours or more trying to uncover every pixel of it.

Obviously, exploring the forest for that long would seem like a daunting task. Luckily, the game is so fun, you won’t notice the time you sink in. Back is the triple party member combat from Ys Seven. You can control Adol, but you also get five other party members that each add their unique combat style to the game. The story unfolds as you go deeper in Celceta, and it is a beautiful tale that will keep you wanting to see more. This game came out before Ys VIII, and had the distinction of being one of the most gorgeous games in the entire series. And of course it just wouldn’t be a Ys game without the musical score that pumps your heart during the action, and then tugs at your heartstrings during the somber moments.

I can say, without a doubt, I did not regret buying the Vita when this game came out. It was a game that captivated me the entire playthrough. It is a shining gem on the Vita, and certainly worth checking out. Granted, you can get Celceta on the PC now, but if you have a Vita, I recommend giving Celceta a chance. You won’t regret it. 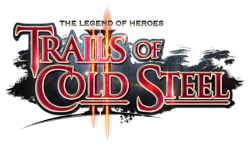 3. The Legend of Heroes: Trails of Cold Steel II

I find it can be a bit daunting to talk about the Trails series. This stems from the series’ breadth — the ninth game just released in Japan — a concern about revealing spoilers for its intricately interconnected plot, as well as my personal affection for the games. But I press on with this task because Trails of Cold Steel II combines an interesting continuation of the overall narrative, great characters, and some new gameplay mechanics reminiscent of Suikoden. It all comes together to form my — as well as Mac’s — favorite Vita RPG.

Cold Steel II opens a month after the events of the first game. The conflict between the noble houses of Erebonia and the government has torn the country apart. While Rean managed to avoid capture, Thors Military Academy has been closed and his classmates have been scattered to the winds. The war quickly hits home as Rean’s sister and Princess Alfin are kidnapped by the noble faction. Now Rean must reunite with his friends and find a way to end the war and save his loved ones. As expected in a Trails game, there are twists and turns aplenty right up to the shocking conclusion.

Mechanically, Cold Steel II shares its battle system and most other features with the previous entry. However, the narrative structure has changed; ditching the school setting for traveling onboard the airship Courageous. Rean crisscrosses Erebonia, visiting locations old and new and reuniting with his friends and classmates. After spending so much time with the talkative NPCs in Cold Steel, it is incredibly satisfying to have them return and open a weapons shop, mess hall, or training room on the Courageous. Trails can be a touch too chatty for its own good, but it was used to great effect in this instance to create fleshed out NPCs and give them a related in-game purpose. This all ties together to create a fantastic RPG and one of the highlights on the Vita. 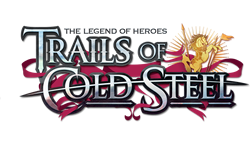 2. The Legend of Heroes: Trails of Cold Steel

Trails of Cold Steel is the beginning of the newest series of games set in the Legend of Heroes land of Zemuria. Taking place in the Erebonian Empire, it tells the tale of a group of teenagers that come together into a cohesive fighting unit during their first year at military academy. The game’s chapter system both slowly introduces the player to the large, diverse class as individuals through the social simulation days on campus and as party members through the various field studies around the Empire. Having 70-80 hours of story allows the game to deeply delve into each character’s background and personal motivations, leaving none of the large cast particularly ignored by story’s end.

Trails of Cold Steel employs a praise worthy take on a traditional turn-based battle system by involving strategic elements of placement and area of effect for both crafts and magical arts attacks. Battle effects are all rendered just as beautifully as the scenic Nord Highlands or the alleys branching off busy city streets. While not breathtaking, they’re nearly as good as Vita gets. Playing out with an impressively deep and varied soundtrack behind it, Trails of Cold Steel manages to simultaneously and quite flawlessly work as a beginning to the Cold Steel tetralogy, a continuation of the larger Legends of Heroes games, and tell a smaller complete story from beginning to cliffhangery end. 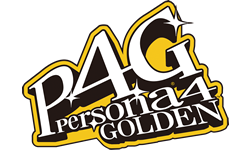 Though I’d somewhat shied away from the series, Persona 3 was my real gateway into the SMT series. I love it so much I’ve continued to play (nearly) every game in the series and have Jack Frost and Pyro Jack tattoos. I liked Persona 4 on PlayStation 2 but never finished it due to time constraints — handheld games just fit into my schedule better. After loving P3P even more than the original, I couldn’t wait to get my hands on Persona 4 Golden!

Persona 4 Golden was my first Vita game. It was also my ONLY Vita game for many years; I didn’t come back to the system until Danganronpa in mid-2015. I was so excited when Atlus sent me a copy prior to launch that I made a huge guide listing all the differences (which has sadly died a quiet internet death or I’d still be showing it off).

The list of changes was extensive. From adding two new social links and a new dungeon, an extra in-game month, and rebalancing Personas to accommodate two new categories, the game felt different right out of the gate. Even those who thoroughly played the original P4 could enjoy new endings, new story events, additional gameplay options like the vegetable garden and a moped, new and improved voice acting, as well as a full epilogue. Costumes were added, similar to P3P. On the gameplay side, skill cards were introduced, becoming a staple of many future SMT games, as well as the ability to choose what skills fused demons inherited. Shuffle Time, a post-combat reward system, was rebalanced. I feel like I’m even missing some changes with this list!

Underneath all the changes is the Persona story and gameplay that Persona 3 introduced and I fell in love with. Focusing on high school students and the pressures (or not) of living in a small town, while discovering the mysteries behind a string of local murders…and why you’re suddenly able to go inside of televisions?! Combat is turn-based and rewards smart play, focusing on finding and exploiting weaknesses whether elemental-based or around status conditions. But never forget you’re a high school student with a burgeoning social life — those social links are key to a full game experience! Persona 4 Golden is the definitive edition of Persona 4 and comes recommended by the full staff, landing atop a list of many laudable games. If you haven’t yet played it, what are you waiting for?

This feature is dedicated to the memory of our friend Michael A. Cunningham. Mac started at RPGamer in 2006 and would go on to become the long-running Editor-in-Chief. While Mac loved RPGs, he especially loved handheld games, founding the #TeamHandheld hashtag as well as running a personal project site, Pocket Console, where you can read more of his musings on portable games. In addition to this feature, you can see Michael’s top Vita games, which we incorporated into the voting for this feature. The link is to a Google Document because Mac loved organizing lists in spreadsheets. You can also read the tributes to Michael from the community as well as a list of our favorite works by Mac. Also, a special thanks to our friends at RPGFan who dedicated their recent Top 25 Nintendo 3DS Games feature to Michael’s memory.