Touken Ranbu Warriors is the latest crossover title for Omega Force’s Warriors series. This title sees its action gameplay combining with the setting and characters of the popular Touken Ranbu online browser game, which has been running in Japan since 2015 and launched worldwide last year. The game stars anthropomorphised versions of legendary swords — the Touken Danshi — who fight to protect history from evildoers. Ahead of its release on PC and Nintendo Switch next week, RPGamer was able to ask Ruby Party (a division of Koei Tecmo focusing on its romance titles) General Producer Mei Erikawa and Omega Force Producer Tomohiko Sho some questions about the game and the collaboration. 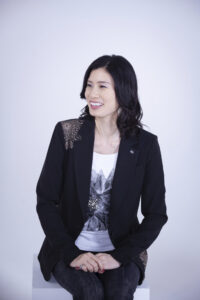 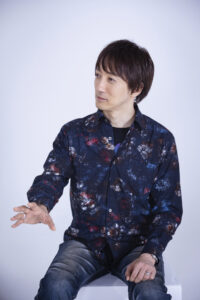 Alex Fuller (RPGamer): Can you give a quick introduction to the appeal of the Touken Ranbu franchise for players that might be unfamiliar with it?

Mei Erikawa, General Producer (Ruby Party) and Tomohiko Sho, Producer (Omega Force): I think that the appeal is the world it is set in, where famous swords have changed their appearance into Touken Danshi and battle to protect the correct version of history. Every single sword they are based on has a lengthy history and romanticism behind it, and even if it is not meticulously recorded in history books, you can imagine what kind of big dramatic episodes may have taken place, leaving room for the imagination. The drama behind each sword strongly influencing the personality of that character is also appealing, and from there it is fun to imagine the drama in the honmaru (home base) and the relationships between the Touken Danshi.

AF: What made you decide to go with Touken Ranbu for the latest Warriors collaboration?

ME/TS: It began with Ruby Party approaching Nitroplus and DMM GAMES about releasing a home console adventure game for Touken Ranbu -ONLINE-. As we discussed it, Nitroplus made the suggestion that “if it’s a console game, then what about a collaboration with the Warriors series?” And it just happened that around that time one of the game magazines in Japan held a reader survey asking what work they’d like to see collaborate with the Warriors series, and Touken Ranbu -ONLINE- was in first place, so that also pushed the collaboration forth.

AF: How easy was it to translate Touken Ranbu into Warriors-style gameplay?

ME/TS: Well, in addition to being able to enjoy the exhilarating action that the Warriors series is known for, since there might be many fans of Touken Ranbu who don’t usually play action games, we have incorporated features such as control schemes and battle content that are unique to this game. In addition, we also poured our energy into finding a unique ‘brilliance’ for Touken Ranbu Warriors and ensuring that the coolness of the characters (referred collectively as Touken Danshi) is felt. 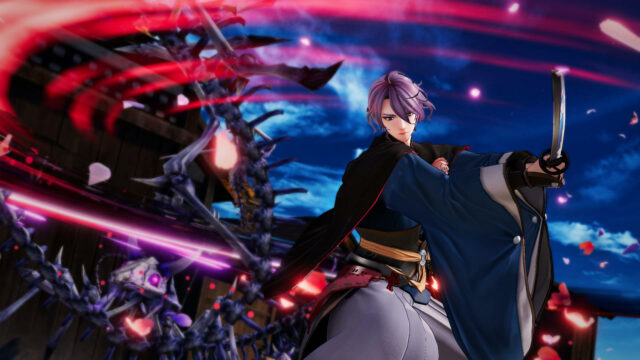 AF: Are there any unique elements that Touken Ranbu Warriors has given you the opportunity to include?

In addition, the ‘damaged state’ is another major point, which is a distinctive feature of Touken Ranbu. When damaged, the camera can change and the gameplay can be paused to take a look, which are things that aren’t typically done in regular action games but are things that could be incorporated in particular for this title.

AF: How does the game’s story structure work with the five different teams?

ME/TS: Each chapter features one of the teams, and each character of that team fights on the battlefield and from there the story advances, so the first chapter focuses on the Fifth Team, the second is the Fourth Team, the third is the Third Team, the fourth is the Second Team, and the fifth is the First Team. However, there is not just one singular path in the game, but a Touken Danshi from another team can be used as a ‘support’ character, and in the Replay mode players can select any Touken Danshi to play in a battle that has been cleared.

AF: How have you made the game approachable to different types of players?

ME/TS: We made sure the tutorial was carefully made so that people who may not have ever held a game controller would feel at ease in starting the game. Also, we have equipped the game with an Easy Mode where pressing the Y button repeatedly will automatically attack or evade depending on the situation so the AI supports the player, and the difficulty can be set to Easy.

At the opposite end, in order for those who have played Warriors series games to enjoy the game, we have included a Regular Mode for controls that are close to what conventional Warriors games provide, a Hard difficulty, the ability to turn off hints on the battlefield, and made other settings available. 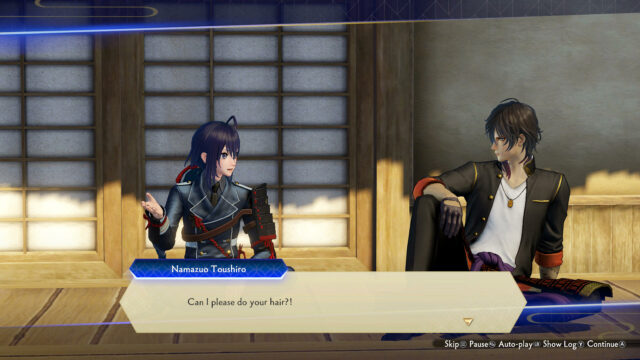 AF: Can you describe the game’s partner system and the ideas behind it?

ME/TS: It is a system where there is an AI partner character who will battle alongside and assist the main character controlled by the player. With the partner, the player can perform cooperative attacks such as Partner Mode, Souto Mode, and special Souto Hissatsu attacks.

When the two characters battle together, their Bond Level increases, and when bonds are deepened the partner character will risk his life to protect the player during battle. Also, in the honmaru, bond conversations between the characters can be enjoyed. For this game, showing the relationships between the various characters is one of the important points of the game, so we made sure that their bonds can be enjoyed during and outside of battles.

AF: Are there many ways for players get to know the characters or spend time with them outside of combat?

ME/TS: In the base, known as the honmaru, players can enjoy another side of the Touken Danshi in 3D that is different than when in battle. The characters can be placed in the inner chambers, kitchen, garden, veranda or recreation room within the honmaru, so please take a look at how they spend their time in each of these areas. Also, we have prepared many fun mini-games and bond conversations between the Touken Danshi.

AF: How challenging/satisfying was it getting all of the strong visual elements and touches from Touken Ranbu into the game?

ME/TS: In order to reach our desired visuals, we tried many different depictions such as toon-styled and photorealistic touches. Also, since there are many different illustrators working on the original IP Touken Ranbu -ONLINE-, the visual tastes and head-to-body ratios of the various Touken Danshi are different. So we made sure to create the characters in a way that retained the taste of the original designs but made adjustments so that the head-to-body ratios were balanced among them to create a uniform world.

RPGamer would like to extend our deepest thanks to Mei Erikawa and Tomohiko Sho for taking the time to answer our questions, as well as to ONE PR Studio for setting up the interview. Touken Ranbu Warriors releases for PC and Nintendo Switch on May 24, 2022, with a demo available now.