Square Enix has launched the official website for Final Fantasy XVI. The website offers new information are artwork for the game’s world and three main characters.

Final Fantasy XVI is set on the land of Valisthea, which is dotted with Mothercrystals, towering structures that spread aether. People have built up around the crystals, using the aether for magic and to help them live in comfort. A number of powerful nations have built up around the crystals and attained an uneasy peace; however, that peace falters as a Blight emerges. Valisthea is also home to incredibly powerful beings called Eikons. Each Eikon resides within a person called a Dominant, who is able to call upon their power. Each nation treats their Dominant differently; some are treated as royalty, while others are forced to become tools of war. 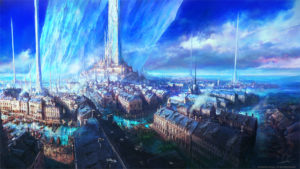 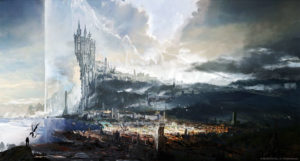 There are six main powers in Valisthea. The Grand Duchy of Rosaria is in the western region and was formed by a group of formerly independent provinces. It draws aether from the Drake’s Breath Mothercrystal that lies on a volcanic island, and the Dominant of the Phoenix, the Eikon of Fire, is made the Archduke when they come of age. The Holy Empire of Sanbreque is a theocratic nation, with the capital Oriflamme built around the Drake’s Head Mothercrystal. Its Dominant, of which the Eikon is currently unknown, serves as its champion in times of war. The Kingdom of Waloed claims the entire eastern half of Valisthea as its own and is often threatened by orcs and other beastmen who reside there. Its ruler is also its Dominant, the Eikon behind them also currently unknown, and has built up a large army using the power of the Drake’s Spine Mothercrystal.

The Dhalmekian Republic is made up of five states in the southern part of Valisthea. Its Mothercrystal, Drake’s Fang, is in the heart of a mountain range, and the Dominant of Titan, the Eikon of Earth, has an influential role as an advisor to its parliament. The Iron Kingdom is a collection of islands off the coast in the western region ruled by the Crystalline Orthodox, a religion that heavily worships the crystals. The Drake’s Breath Mothercrystal is on one of its islands, causing tension with Rosaria. The Orthodox considers Dominants to be abominations and executes any Dominants who are born within it. Finally, the Crystalline Dominion sits at the centre of Valisthea around the tallest Mothercrystal, Drake’s Tail. Many battles have been fought for control over the region, but an armistice has established it as an autonomous dominion with a council made up of representatives from the neighbouring nations. 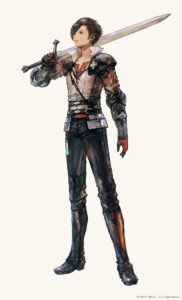 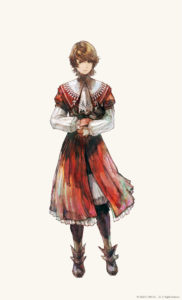 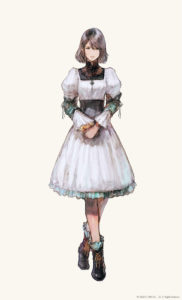 The three main characters revealed are Clive Rosfield, Joshua Rosfield, and Jill Warrick. Clive is the eldest son of the Archduke of Rosaria; he was expected to become the Dominant of the Phoenix but instead his younger brother Joshua was chosen. Clive instead devoted himself to mastering the blade and became the First Shield of Rosaria, tasked with guarding the Phoenix; however, his role takes a turn when he becomes involved with the dark Eikon Ifrit. Joshua, meanwhile, often laments that he was selected as the Dominant instead of his braver and stronger brother. Finally, Jill was taken from her home in the Northern Territories to become a ward of Rosaria as part of a peace settlement. The Archduke insisted that she be raised alongside his sons and she is considered part of the Rosfield household.

Final Fantasy XVI is currently planned for release on PlayStation 5, though no release window has been announced. The next major information update is expected in 2021.