Cthulhu Saves the World and Cosmic Star Heroine developer Zeboyd Games has announced a follow-up to the former title. Cthulhu Saves Christmas will once again put players in the role of the cosmic horror as he rescues Santa Claus from the clutches of the League of Christmas Evil. Cthulhu will be joined by Belsnickel, the Snow Maiden, and Baba Yaga-chan in his fight against the Krampus, Mari Lwyd, and other villains.

Few details about the game are available at this time, though Zeboyd Games has confirmed the game will feature turn-based combat. Neither platforms nor a release window have been announced. 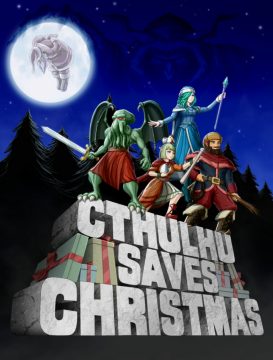