The first DLC expansion for C Prompt Games’ “narrative strategy RPG” Heretic Operative releases tomorrow for PC via Steam. The Blood Cult DLC adds the eponymous faction to the game as a new enemy deck. The Blood Cult is designed to offer a high level of difficulty with its members using blood magic and being largely immune to physical damage. Meanwhile the cult’s sites are able to destroy allies and replace them with dopplegangers.

In addition to the Blood Cult DLC, developer C Prompt Games will also add a new operative to the game: Aethys the Enduring. Aethys will be avilable for free to all players, even if they have not purchased Blood Cult.

Heretic Operative is billed as a “narrative strategy RPG” and combines board game and strategy RPG mechanics. Those looking to read more can check out Johnathan Stringer’s interview with studio founders Ian Fischer and Robert Fermier. 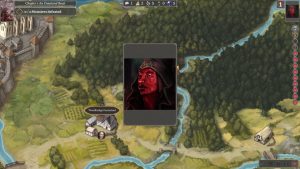 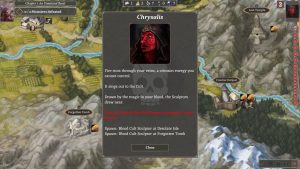