Having reviewed the first two titles in NeoCore Games’ The Incredible Adventures of Van Helsing series, it’s difficult to analyse The Incredible Adventures of Van Helsing III without a heavy focus on comparisons between the games. The gameplay changes make it feel like the most streamlined of the three titles, but the story and setting are starting to wear thin and it feels the weakest so far by way of overall content. However, there is still good enjoyment to be had in adventuring through Borgova and its Inky underworld, leaving mounds of monster parts in the wake. Fans of the series will still get more of what they had fun with before, but those yet to get involved in Borgova’s troubles are best served starting at an earlier point.

Players are effectively required to be familiar with the second game before diving in here. This is mostly because the various gameplay aspects, particularly within Van Helsing’s secret lair, are just thrown out there without any in-game refreshers. Attacking the trilogy from the beginning is likely the ideal option anyway, if only to get the complete set of steampunk craziness that is present in abundance. For those that do want to dive in here, the overall story of the previous games is straightforward enough. Van Helsing and his ghostly companion Lady Katarina journey to defeat an evil opponent, vanquishing thousands of minions and other threats in the process of getting to them. The template is continued here, with Van Helsing chasing after the creature our adventurer has determined to be his nemesis into the deep occult realms of the corrupting Ink.

The series has always made up for lack of a deep plot with plenty of engaging, snark-fuelled banter, but its effect here is somewhat diminished and doesn’t quite reach the levels of its forerunners. The supporting cast also fails to provide the same support that helped make those conversations so amusing. At least the reveal of some of Lady Katarina’s hitherto untold history is a nice touch for those that have enjoyed the back and forth between the two throughout the trilogy, and gives a bit more backbone to the pair’s entertaining relationship. 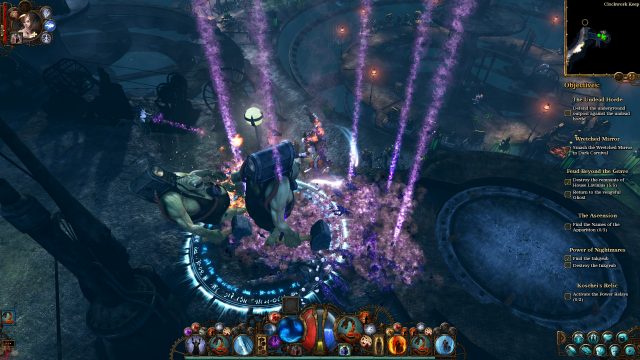 That quest list length is only possible if you actively don’t complete them.

Although available in the second game, there is no full carryover of previous characters to Van Helsing III. This is made up for by reworking all the classes into a new batch of six, which gives players a fresh experience and feels better for it when considering how similarly combat plays compared to II. A major strength that has been present throughout the trilogy is the large locations that encourage lots of exploration, and while still decent, it’s just not quite at the same level in this final entry. The game provides more locations than previous iterations, but individually they are considerably shorter and more linear than before. There are still some side paths to venture into for more monster and treasure hunting, but there seems to be considerably less in terms of sidequests or other such content to wander into.

The greater set of locales at least allows for a bit more enemy variation, though that’s not something the series has scrimped on in the past. Location designs are pretty varied, with Van Helsing’s venturing into the deep parts of the Ink allowing the developers to create an array of interesting backgrounds. Those playing on PCs with lower specs will likely see the game struggling a bit on frame rate, particularly when the game’s impressive visual effects are working overtime. However, toning down the graphical settings helped with that on my personal machine, and the game’s visuals still held up well on these lower settings. Music and voice acting does a decent job, with Van Helsing and Lady Katarina helping bring those snarky conversations to life once more, although there are often similar voices for many of the incidental characters.

One of the things the third game adds is full controller support from the outset, something that was patched into the second after release, which I personally found made it a lot easier to just relax and blast through enemies. However, it takes a bit of playing around to fully figure out the gamepad controls. Annoyingly there is no override to utilize the mouse for certain things, a particular grievance for certain parts of the UI and menus. There are five difficulty levels in the game, which can be switched between at any time or combined with a hardcore mode for those who really want a challenge. Those that don’t appreciate losing progress on death, however, will be happy to note that respawning without losing progress is easy: it simply requires spending between zero and ten percent of the player’s gold depending on where they wish to respawn. 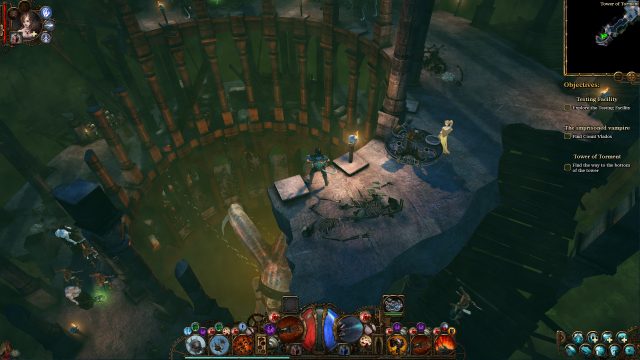 Borgova is not considered a premier tourist destination.

The hack-and-slash combat is everything one would expect from the series, very much along the lines of Diablo and Torchlight, and matches the very high level of fun that came with the first two games, despite similarities. The six new classes are all nicely varied, allowing players to choose one that matches their play style, though the skill sets are less open in allowing customisation within each class. Virtually everything else on the combat front works much the same as it did the prior entry, although this is far from a bad thing.

There is no longer a need to stock up on potions, and equipment is now grouped by type. While this makes things a bit easier to manage, the earlier inventory systems felt more interesting. Much of the optional content from the second game is present, such as sending allies on a limited selection of missions, but it feels even more of a passing thought this time out. There is little reason for most players to get deeply involved with it.

The Incredible Adventures of Van Helsing III is still lots of fun to play through, but it is now time to move on from Borgova. NeoCore Games can be pleased with what it has achieved in this trilogy, which altogether is a highly entertaining campaign through Borgova’s many waves of monstrous inhabitants and machinations. Fans of the trilogy so far will get much the same from this title, even if they perhaps hoped for a more bombastic and content-full entry for its finale. It’s difficult to recommend this particular title to newcomers in the series — they would be best served jumping in with an earlier entry — but easy to recommend the series as a whole. 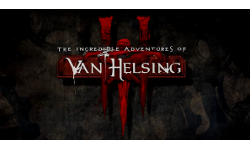