The future of the Sacred series was looking shaky when developer Ascaron went insolvent after the console release of Sacred 2: Fallen Angel in 2009. Publisher Deep Silver stepped in, taking over support for the final expansion on PC, before giving development duties for a third game in the series to Keen Games. Sadly, Sacred 3 looks like it is miles from the game that fans of the series were hoping for. It’s an action RPG at its most basic, with little to make it worth recommending.

There are four different characters to choose from (five with a pre-order DLC bonus), and although Sacred 3 tries to extol differences between them in the flavour text, they all play in much the same way. Battles are a matter of constantly alternating between dodging and attacking, occasionally interspersed with use of the two special skills that players can equip. A few items can be used, although the limited carriable amount limits these to emergencies.

While the limited options do make for an easy to learn and straightforward control scheme, baring the ease of accidentally quitting the game in a vain attempt to skip the many start-up logos, it just doesn’t provide enough interest or variation to last. There are two types of standard attack: a standard damage-dealing attack and a heavy stunning attack. The heavy attack comes into play when enemies arrive with a shield or a continuous special attack, which the heavy attack can break through before players go back to flailing with the standard attack. 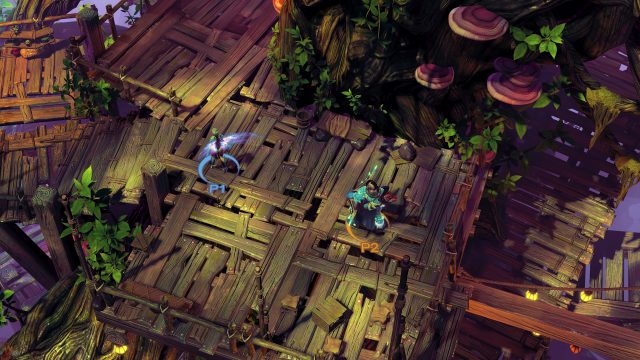 Leaves have never been prettier.

The simplicity of the battle system is followed through in virtually all other parts of the game, which is split into around forty missions, around sixty percent of which are optional side missions. These optional engagements are very short, usually taking less than five minutes, while story missions simply entail players running through corridors defeating waves of enemies before taking on a boss at the end. Sometimes an extra aspect will be offered, such as environmental traps or the requirement to defend an object, but these simply don’t do enough to distract from the otherwise monotonous experience.

Multiplayer is another aspect that’s easy to get into and use, but despite the suggestions that it would be a key selling point it’s not as engaging as it really needs to be. Difficulty is appropriately scaled to cover additional combatants, but battles just become more chaotic without any tactical nous needed on the part of the players. While Sacred 2 had two different campaigns, 3 offers just the one that can easily be taken down in under ten hours. It’s clear from the high level cap and unlockable Deity difficulty setting that there was an idea that players would replay through things, either in multiplayer or on the higher difficulty levels, but honestly it’s difficult to see any reason why one would. The default difficulty offers a minor challenge, but it is more a test of dodging reflexes rather than requiring much tactical thought or thinking. Game overs aren’t an issue, with a wipe merely resulting in players being dumped back to the most recent of the very frequent checkpoints minus a small portion of the gold collected.

Those hoping that an interesting equipment or loot system could help counter the simple battle system will be disappointed. Enemies simply drop a number of health and power-replenishing orbs, plus some bits of gold. Armour and weaponry upgrades are simply unlocked and then paid for as the player’s character levels up, but even then the choices are highly limited and upgrades are very linear. The same linearity applies to the single-digit skills that each character gets, with all of the aforementioned upgrades costing gold. Players also equip one of the various spirits, which can be found during the course of progressing through missions, to offer a passive bonus primarily for multiplayer in addition to adding extra commentary to battles. 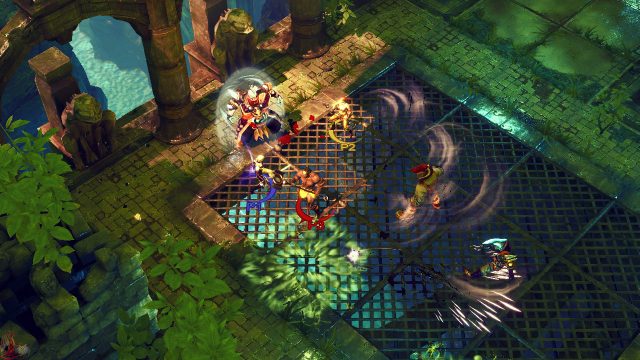 The best tactical plan? Sod it, everyone swing wildly.

The game’s story features a group of heroes coming to save the world-protecting Heart of Ancaria from the legions of Ashen Emperor Zane, which are under the command of generals with unsubtle names like Zep’tik and Karr Tel. The story is very basic, with story based missions prefaced by the latest thing that Zane has done which needs destroying or fixing. No reasons for attachment to any of the characters or the world are offered. It’s clear that the story was never planned to be serious, hoping to gain fans through attempted humour in the frequent commentary offered during missions. Unfortunately, most of the attempts fall flat, providing a few mindless laughs and a lot more groans.

Sacred 3‘s visuals try and provide some distraction, and do a nice job of it. Locations are detailed, vibrant, and varied, often with plenty happening in the background to help bring the areas to life. Enemies aren’t too interesting and often are kept to just the same few types in an individual area, though that can be levelled against every action RPG that features large waves of opponents. The game’s music and sound effects are unremarkable, doing the job required but not doing anything to illicit notice. Audio mediocrity is avoided by the voice acting, but perhaps not in the way many would hope. Thankfully Aria, who receives the most voicing thanks to working as mission control, just about holds up. However, the rest features a mixture of ineffective humour, downright annoyance, and awful accents, although admittedly trying to play the script straight could quite easily have managed to be even worse. The worst offenders are the spirits, which each provide a selection of generally inappropriate and frankly stupid comments, such as the battlemage’s odd cry of “SEXYPANTS” when a wave of enemies is beaten.

It’s hard to find any reason to place Sacred 3 above the majority of action RPGs released recently. It doesn’t do anything particularly well, with every aspect having been done considerably better elsewhere. Fans of the first two games in the series will likely prefer to pretend this never happened. 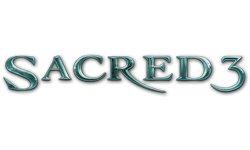