Vita-owning dungeon crawling fans are well taken care of right now, with two releases from developer Experience happening within a week of each other. However, the two cover rather different bases. While NIS America’s release of Stranger of Sword City is definitely an appeal to the developer’s more hardcore followers, acttil’s provision of Ray Gigant looks to open up the subgenre with a much more welcoming structure and feature set. Ray Gigant is an accommodating offering for newer players and those of a more casual disposition, keeping enough depth so as not to run dry but without requiring players to leap into and keep on top of an excessive array of numbers.

Ray Gigant‘s doomsday scenario involves the mysterious appearance of the titular Gigants in many of Earth’s cities. Standard military attempts to prevent the giants from laying waste to the surroundings prove fruitless until a young boy suddenly emerges with incredibly powers on par with the invaders. These powers were bestowed unto him by a mysterious force called the Yomigami, and soon after other compatible young people are discovered, or more often artificially imbued with compatibility. The story takes a more prominent role than other recent Experience titles, helped by the fact that players are working with a party of actual personalities rather than the usual blank slates. Ray Gigant takes an interesting approach in dividing its narrative up into three chapters, each with its own set of characters and three-member party (though various cast members sidle across the globe) before everything comes together at the end.

Many aspects of the story will be familiar to fans of other Japanese media. However, it does a nice job with those tropes, keeping things moving along at a good pace with plenty of twists and turns at the cost of having certain aspects feel a bit glossed over. The cast’s oddly limited size also seems a bit odd, with the lack of acknowledgement of any regular staff giving the impression that mankind’s last lines of defence are each operated by just five or so people, and most of those are rather young. That said, those that are present are interesting enough and the game offers a good amount of character development between them all, particularly on the three protagonists of each chapter. There are noticeable grammatical errors in the localised text, but fortunately not enough to leave a lasting impact on things overall. 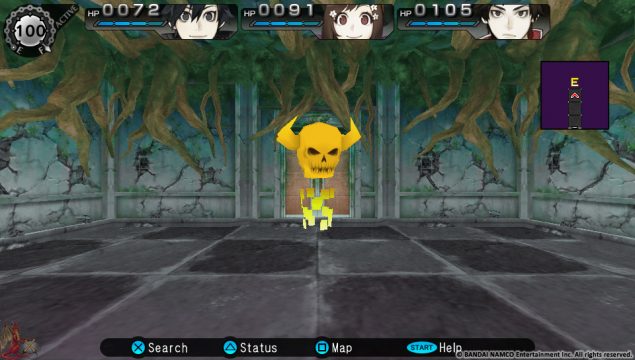 Most of the gameplay time is spent visiting Megalosites, from whence the smaller variants of the Gigants appear, with a few dimensional rifts thrown in for good measure. These dungeons fit in well with the overall pacing of the story, never feeling too long but often requiring a fair bit of exploration from the player. Early dungeons are straightforward, with later ones introducing traps, hidden doors, and a few puzzles. When these aspects are added it’s a welcome mix-up to the formula, and the game does a good job preventing too much repetition from occurring throughout.

Dungeons feature various encounters dispersed across the map, some of which are mandatory for progress but a lot of which can be avoided. Ray Gigant‘s turn-based combat system features a shared Action Point counter for the party, with each individual action using some AP. Different encounters also affect AP usage. Light encounters are indicated with blue map icons and feature half-usage while the red heavy encounters use double. The three-way combat system gives each character access to a trio of actions assigned to either the triangle, circle, or square buttons, with a second set of actions unlocked fairly quickly to bring the total up to six. These actions can be swapped out in the menu outside of combat, though there are restrictions about which types can fit into which slot. Effective use of AP, which is restored when an enemy attacks or a character chooses to wait, is one of the key parts of combat and it greatly helps in linking individual battles within dungeons and keeping players thinking strategically on even the simplest generic encounters.

With Ray Gigant‘s appeal to the masses comes a considerably easier overall difficulty, including such help as a full health restore after each battle, and sadly no option to bump it up for those who would like more challenge. As long as players are paying enough attention, game overs should be very rare. Even the major bosses, where players are fighting against Gigants hundreds of feet tall, can be dealt with swiftly by those who know what they’re doing. The second playthrough offers a step up in difficulty and the option to not carry things over for a considerably higher challenge (as well as a God Mode option), but this will very likely be too late for many. 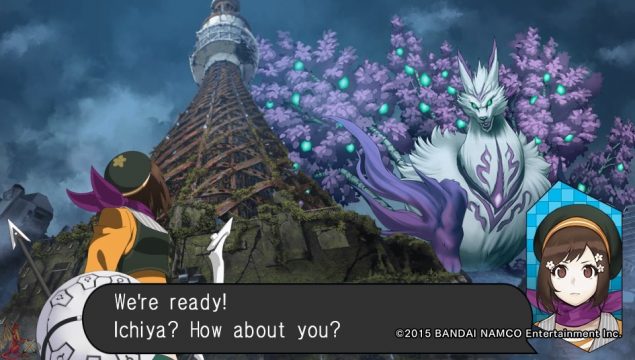 Three against one? I think we can take him.

Character progression is another area where things are fairly straightforward on the surface but with enough depth to last the game’s thirty-hour length. Upon defeating Gigants or finding item locations in the dungeon, the party receives three types of resources to spend on a like number of progression trees for a quartet of equipment and item sets, a trio of base attributes, or various skills and actions. Another interesting part of the game focuses on food and character weight. Due to the Yorigami’s influence, party members’ weight can fluctuate wildly. Eating battle items or doing nothing in combat can increase their weight, while actions reduce it. A lower weight can offer bonuses to hit and evade chances, while a higher weight can boost defence and attack power. The boosts aren’t enough to cause a huge difference in combat, but it gives keen players another area of mechanics to explore.

Ray Gigant offers a distinct and effective visual style. The character art helps make each person memorable and there are nice designs in the various locations and backgrounds. Of particular note is the perspective-based combat view that really is effective at giving the impression of the party facing off against the massive bosses, but that works well against the regular fodder as well. The music score also does a good job standing out, working with the visuals to provide a good up-tempo beat to combat. The Japanese-only voice-acting is immediately ignorable, however, and while not a distraction, it doesn’t really add anything when it comes in.

For those looking for a fun dungeon-crawler, or those just looking for an enjoyable story and gameplay combination, it’s easy to recommend Ray Gigant. The game is straightforward to get into and adds new aspects at an engaging pace without becoming bogged down in too much repetition. However, its lack of challenge will make it almost trivial and what depth is present likely won’t be enough for dungeon-crawler veterans. Experience has them covered elsewhere though. 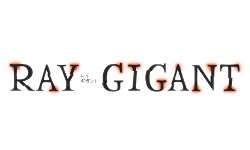