LBX: Little Battlers eXperience is a game very much in Level-5’s recent mould of multimedia franchises along with Inazuma Eleven and Yo-kai Watch. Offering a cast of young characters thrust into situations of unlikely importance and consequence, the company just invites players to roll with its bonkers Saturday-morning cartoon style escapades. However, while those who’ve enjoyed Level-5’s previous experiences should still find much to like, LBX‘s tale just feels like a weaker proposition than the comparable Inazuma Eleven series, particularly in its first half.

While Inazuma Eleven is all about football, LBX is all about fighting with the titular four-inch tall robots. Naturally, this includes using them as the exclusive resource for assassination attempts or corporate espionage missions. The story kicks off when Van is given a special LBX, his first, by a woman who has snuck it out of a secret facility. This LBX, created by Van’s supposedly-dead father and original inventor of the LBX, houses a revolutionary new energy source that bad people are trying to get at for various nefarious means surrounding the global energy market.

Despite its general fun Saturday-morning cartoon feel, LBX’s biggest drawback is its story, particularly a very weak first half. Van Yamano is simply a designated young hero character who doesn’t really do anything other than be that generic hero, though at least the cast around him is a bit more interesting and engaging. Unfortunately, the entire first half just feels completely unbelievable even when approaching it with a forgiving attitude. The heroes get suddenly thrown into ridiculous situations without any real build-up. While the Inazuma Eleven series isn’t exactly shy on ridiculous plot twists either, it does a much better job of building them up. In the second half at least, LBX works a lot better as the overall plot moves along at a greater pace and different threads now have a chance to tie together instead of the suddenness of the early situations. 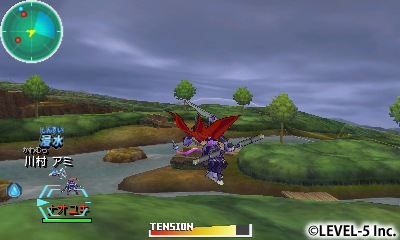 All of the coolest robots have capes.

The vast majority of battles are either undertaken as solo one-on-one fights or with up to three LBX on each side. A few special story missions mix things up slightly, usually by throwing waves of weaker enemies or setting players against a larger enemy. Within these flavours there are also three rule sets. Standard Regulations, where each side is required to rack up three kills (with automatic respawns); Street Regulations, which do not feature respawns; and finally Unlimited Regulations, which work the same as Street Regulations but see the LBX’s limiters deactivated, multiplying their power three-fold, with party LBX considered “broken” if taken down. Broken LBXs are a trivial item use away from being fixed, however.

Battles themselves are generally very quick and enjoyable, with an awful lot of them to be found. Along with a good number from the main story, there are a large number of side quests as well as a whole load of random townsfolk who all appear to scale their level in line with story progression, with card collection and ranking-based modes adding even more options later on. That said, these battles can become repetitive and many should expect to tire of doing these long before the end, particularly as actually getting into battle can often take longer than the battle itself. The vast majority of available battles are entirely optional though, giving players who want more plenty of it but not holding back those who just want to get through to the end of the game, which can be done in around twenty hours. Various multiplayer options are available to allow up to six players to play together, but through local wireless only. The lack of online multiplayer feels like a big miss for the game, as it’s easy to see massive appeal in being able to battle these small robots with or against friends across the globe.

The controls for the action-packed combat are relatively simple and effective. Along with standard dash, jump, and guard options, players get a standard attack with the Y button, with repeated taps unleashing combos with melee weaponry, but can also charge up an attack by holding it down instead. All-out offense is sure to fail however, as enemies get both a short period of effective invulnerability following being knocked down and a tension bar rendering future attacks ineffective once drained. Players need to defend and move out of the way while it recharges, allowing for a fun flow back and forth. There is also the opportunity to use items in battle, but these must be set beforehand. The same applies for special attacks that can help turn the tide of battle. Enemies also get access to special attacks and when they are unleashed the opposing LBX gets the chance to react by guarding, jumping, or dodging to the side, the effectiveness of each dependent on which special attack is being used. There are also more powerful special moves that require a charge up time, during which opponents can try and knock the enemy over before the attack is unleashed or simply attempt to guard through it. 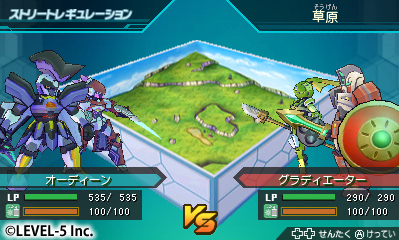 It’s amazing what they can do with cardboard nowadays.

Outside of battles there is ample opportunity to customise the party’s LBX, though this isn’t as interesting as some might hope. The selection of parts on offer is decent but not spectacular, and the lack of colouring options means Frankenstein loadouts are rarely visually appealing. There’s also not as much variation between opposing enemies outside of special story battles as one might like. While the game’s UI does the job well enough, there’s certainly room to make customising more enjoyable, perhaps by being quicker and more streamlined in terms of swapping out and sorting through parts, which players will collect in abundance.

LBX looks fine but is not top-drawer, unsurprisingly sharing the colourful visual style with similar 3D character models to the recent Inazuma Eleven GO titles. The music provides a good background to things that fails to be recalled and the intermittent periods of event voice acting is solid fare, with a good amount of generic battle chatter adding a bit more flavour to the action.

LBX: Little Battlers eXperience is generally a fun game, but has a fair share of missed potential. The game doesn’t provide the best impression early on, failing to suck me in the way the Inazuma Eleven series managed to. When it finally realises the type of story it wants to tell and starts giving the cast outside of Van more chances to shine there’s a marked improvement but it just takes too long getting there. That said, the inherent appeal of battling with robots is present in spades and the strength of how it handles that basic premise alone will be enough for many. 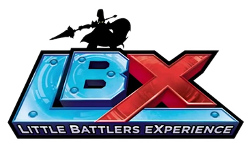