Your Home Inside Your Home

As an avid reviewer of RPGs, I feel that I must start this review with the following disclaimer: Final Fantasy XI is my first real experience with a Massively Multiplayer Online RPG (MMORPG). While I have played other MMORPGs before, none of them have been able to hold on to my attention long enough that I could write a review — until now.

Final Fantasy XI takes place in the world of Vana’diel. Vana’diel has been a place of conflict for many years, but is currently enjoying a relatively peaceful time. Three nations, Bastok, San d’Oria, and Windurst, hire leagues of adventurers to fight with their symbol, or signet, in order to gain control of the many regions of Vana’diel, thus avoiding a direct conflict with the other nations. This is the role for the thousands of players to fill.

The world is divided into many different regions, which are then sub-divided into several zones. Each one of these zones contains a good amount of real estate. It takes an average of five minutes to run from one side of a zone to the other. There are other ways to get around Vana’diel, but they only open up as the player advances through the game. 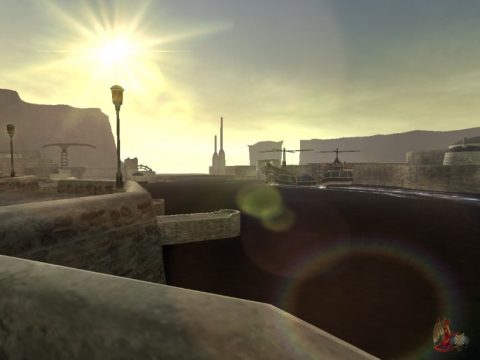 I wish I had an airship

Final Fantasy XI is driven by a conquest system. Each week the three nations are ranked, with the top nation enjoying larger shops and more items to trade for, while the lowest nation has only a few items. To try and create a balance, the amount of time the signet lasts is greater for a player of a lower ranked nation. Once the signet spell has run out, the player must return to one of the major cities, or an outpost in their country’s control to renew it. All battles fought without signet will not gain points for the country’s conquest ranking. If one nation has a strong hold on the conquest, it makes the game more difficult for players of the other nations.

Final Fantasy XI, like all MMORPGs, is a very slow-paced game. At the time of this review, I have played over 150 hours since the release (more than the past three Final Fantasy games combined), and have yet to open any advanced jobs, and have only procured the Chocobo as a faster means of transportation. Compared to my experiences during the beta, this is actually an above average pace for advancement. This is not a game where someone can be done with it in a month or two.

However, there is a story to be told. Unlike most of my reviews, I can’t actually explain the story, which has been a real stopping point on writing the review. The story picks up around the 10th mission for each nation, but I have only completed six at the time of review. The expansion included in the North American release, Rise of the Zilart, adds even more missions, but as of this review, there is no ending to the story. Square Enix has hinted of a conclusion with another expansion pack sometime next year. 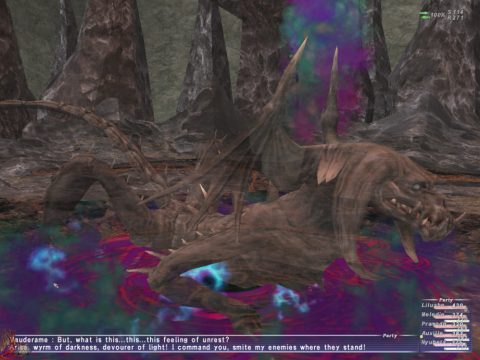 With all this slowing down the game, there has to be something that keeps players going. While there is the unusual person who can dedicate their life to gaming, the rest of us need that extra something to push forward. That would be the other people. Since everyone is already fighting for their nation, Square Enix did not want to further divide those nations into factions, so instead of clans, they created linkshells. Linkshells are only a form of communication with others. They are used for a variety of reasons, but most players treat them as a community; a haven for people with a common goal. While Vana’diel has been unusual as not having a large amount of annoying people overall, there are enough in any online game that it’s always better to have a community in which to pool information and find parties, instead of relying on the kindness of the random passer-by. This is assuming they can speak the same language in the first place.

Which brings me to the strongest reason not to play Final Fantasy XI. Square Enix decided to leave PlayOnline as a multilingual experience. There is no in-game separation between the Japanese and the English-speaking players. This has created a lot of resentment on both sides. The Japanese players feel that the English players are obnoxious and cause the game to lag. The North American players are unhappy that the Japanese were able to have such a head start on every single server. There was no accommodation given to creating a level playing field for both sides to have a fair start on even one of over 25 available servers.

Whether Square Enix never foresaw the division that would take place, or that they thought that their auto-translation system would be able to compensate for the lack of unity is unknown. The translation system is very hard to use. In order to find a phrase, first a phrase category must be selected, and then the closest matching text chosen. In a time-critical situation, it’s simply not possible to get a message across in time. The vocabulary available is very limited, and since the messages can’t be edited, the system is more frustrating than useful. It also doesn’t naturally occur to most people that what they are saying has to be translated until it’s too late. 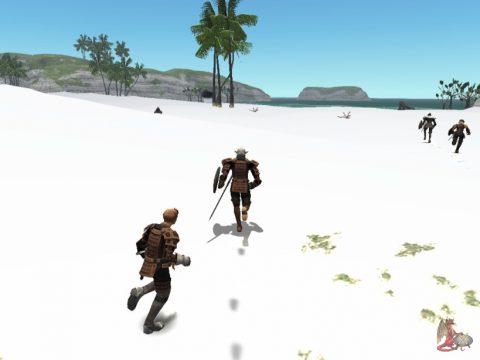 Where are we going?

With that, the two cultures typically keep to themselves, though a small minority of players try to bridge the gap for the sake of their friends. For the most part, a player who does not want to speak to the other side will not face any particular hardships. Since parties are an important part of the game, communication between players should have been given a lot more consideration than it was.

The battle system is instantly familiar to a veteran of the Final Fantasy series, but players more accustomed to MMORPGs instead find the menu system cumbersome. The Final Fantasy veteran has to adjust to the fact that one has to rely on other people to do their job instead of controlling everything. While this has significant advantages in the heat of battle, an entire party can be wiped out quickly if the White Mage decides to get a soda and forgets to mention they did so.

Final Fantasy has gone online with the release of Final Fantasy XI for Windows, and there is no turning back. With only marginal success in Japan, many RPGamers have watched news and media for this game with a detached interest. News about people becoming addicted to EverQuest adds to the apprehension of starting an online journey. Final Fantasy XI is not for everyone, but it does show promise in pulling a hardcore console RPGamer like myself into the online world. With the release of the PlayStation 2 version this March, even more people are going to want to explore an online game for the first time. Whether this will be good or bad for Vana’diel… we’ll just have to see.