A Flower Searching for Sunshine

A ruined kingdom, a malevolent curse, and only one person that can pick up the pieces and try to somehow fix everything are part of the premise for Adglobe and Live Wire’s Ender Lilies: Quietus of the Knights. Although this setting is a familiar one, this Metroidvania published by Binary Haze Interactive still manages to carve its own place thanks to its presentation, soundtrack, and action-filled gameplay.

Ender Lilies: Quietus of the Knights stars Lily, an amnesiac young girl that is awakened from her slumber by the spirit of an ancient knight who informs her of the mission she has to undertake. A cursed rain has transformed all the residents of the kingdom of Land’s End into Blighted, mindless and violent undead monsters. As the last White Priestess alive, Lily has the power to purify the Blighted and give them their final rest, hopefully ending the Blight that has taken over the land. The girl and the knight then leave the ruined chapel’s grounds to start off their adventure. 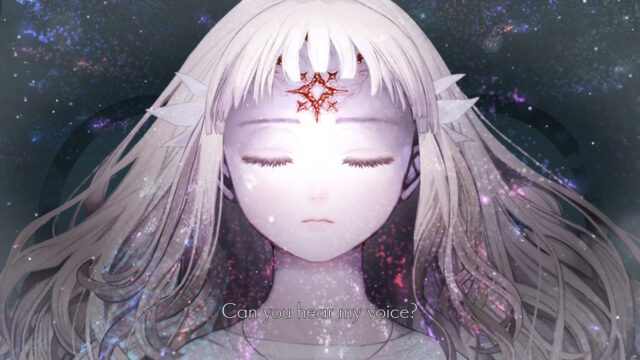 The game’s quality art style is evident right from the beginning.

The knight’s spirit isn’t a passive spectator though, as he can be called forth by Lily to attack and defend her from her foes, while the girl can only move or dodge out of harm’s way. Some of the enemies, usually the game’s tougher challenges, will also join her cause after being defeated and purified. After being tamed, their spirits will become available to be equipped onto one of two available loadouts. Switching between them on the fly is possible, a welcome feature since each of them comes with different kinds of attacks, like a mushroom mage that can bring forth a poisonous mist over a small area, a headless knight able to parry enemy attacks with its shield, and a crow that can fire projectiles.

As Lily’s arsenal widens, so will the tactics available to face the enemies that try to stop her. Players will be able to develop their own strategies to quickly dispatch their foes. If Lily’s life happens to be in danger, she can pray to restore a fraction of her health, but only a limited number of times. Upgrading the spirits and their attack power is also a way to improve her chances of survival, provided that the necessary amount of Blight residue is available, which can be gathered by exploring the world and defeating enemies. Recovering prayer uses and upgrading spirits are both done at respites, safe zones of the world map where Lily can take a rest and players can save their progress before heading out to brave the dangers that lurk in Land’s End. 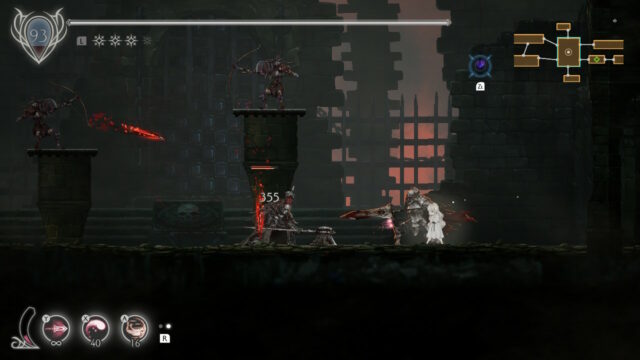 Managing multiple foes at once is a skill that players will have to develop throughout the game.

Thoroughly surveying the world is mandatory, in true Metroidvania fashion. Upgrades that alter Lily’s movement capabilities like double jumping or latching onto walls are usually unlocked by defeating bosses, which can be faced for the most part in any order players want, and are consistently doled out so that players will always have new mechanics to tinker and explore with. Backtracking to previously unavailable areas isn’t at all frustrating, since instant-travelling between respites is available, and their positioning makes it so that every corner of the world can be easily accessed. Being observant in one’s search for items pays off most of the time, since many hidden paths and hard-to-reach areas hide extra Blight residue, lore tidbits, and relics that can improve Lily’s abilities in many ways, like boosting her attack or defense, adding more prayer uses, or making her move faster. Each relic needs a number of free slots to be equipped, and more can be unlocked by finding items called Chains of Sorcery scattered throughout the world.

With so much to find in Land’s End, it is a fortune that the game’s world is so well-realized. All the different 2D environments feature a foreground, where all the action takes place, and a background filled to the brim with details: an abandoned castle’s broken walls and windows with drapes dangling in the wind, the run-down shacks of a destroyed village, and the flooded branches of the woods where a coven of witches once resided. They all manage to give the sense of walking through a finely made portrait, but they also help in the storytelling department through visual elements that match the world’s lore. The experience is heightened by the audio component, with a primarily piano-based soundtrack composed by indie Japanese band Mili accompanying the adventure, when the task isn’t left to the simple sounds of pouring rain, blowing snow, or just Lily’s footsteps echoing throughout a cave. Singer Cassie Wei lends her voice for a few of the soundtrack’s tunes, which are always a joy to listen to whenever they pop up. 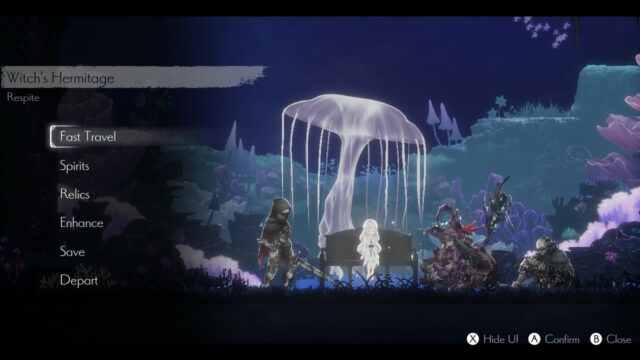 Respites also happen to be located in some of the game’s best-looking environments.

The same care is given to telling Ender Lilies‘ story and revealing the lore of Land’s End. While the premise isn’t exactly original, the execution shows effort. Leftover letters, old diary entries, and the relics’ descriptions themselves all work together to paint the picture of a sorrowful world that has been left to wither and rot, with its inhabitants only acting out of madness and spite. When given their last rites, major enemies will tell their tragic past through brief black-and-white cutscenes, another reward for slaying the game’s tough-as-nails bosses. All this information is given at the right pace to entice players to find out what is really happening in the ruined kingdom, right until reaching the game’s true ending after a little under 20 hours.

Ender Lilies: Quietus of the Knights is a solid game all around, with a fun and always evolving combat system, a well-crafted world with tons of secrets to find, and a sober soundtrack accompanying its traversal acting as the title’s highlights. A word of caution should be given regarding the difficulty, since both regular enemies and bosses can prove to be quite hard to beat, especially during the final act. The story doesn’t shine for its originality but still manages to be well worth uncovering thanks to its characters and setting, making this bleak but ultimately endearing Metroidvania a strong recommendation for anyone that is up for the challenge.