As part of celebrating the game’s 18th anniversary, Square Enix is holding a Return to Vana’diel campaign. The campaign will run from 1am PDT on August 7, 2020, to 1am PDT on August 17, 2020, and will let those who have previously subscribed to the game play it free of charge.

Final Fantasy XI was originally released in Japan in 2002 for PlayStation 2 with a PC version released later in the year. North America received the PC version in 2003 and the PlayStation 2 version in 2004, with Europe receiving the PC version in 2004. An Xbox 360 version was released worldwide in 2006. The game received five official expansions — Rise of the Zilart, Chains of Promathia, Treasures of Aht Urhgan, Wings of the Goddess, and Seekers of Adoulin — with Rhapsodies of Vana’diel released in 2015 and intended to be the game’s final main scenario content. The PlayStation 2 and Xbox 360 versions were shut down in 2016. Square Enix announced a mobile version of the game in 2015, being created with Korean developer Nexon, but no further official details have released since.

Update — Square Enix has released the official website for the new story content. The new content is titled The Voracious Resurgence, and is available for free by requires that players own all of the previous expansions and has completed Rhapsodies of Vana’diel. A new piece of key artwork from Akihiro Yamada for The Voracious Resurgence can be seen below. 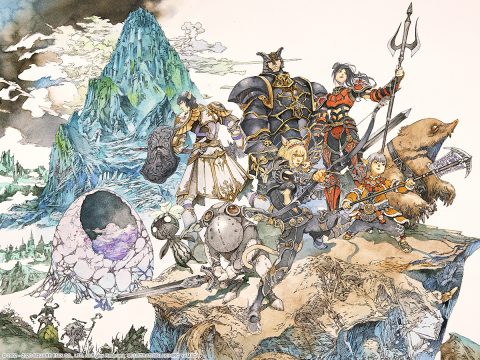