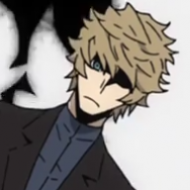 severinmira
Alex joined RPGamer in 2011 as a Previewer before moving onto Reviews, News Director, and Managing Editor. Became Acting Editor-in-Chief in 2018.
This user account status is Approved
About About
Comments Comments

I first started following RPGamer in 2010 where I was instantly taken by the community and obvious love for RPGs. When the opportunity to join the staff came around in 2011 I was more than happy to leap at it and become a Previewer for the site. I have mostly divided my time so far on the site between Previewing and Reviewing, and have actually managed to maintain an average review score around the middle of the scale, a rare feat in video games! Starting around 2013 I have taken a more active role in the regular news updates side of the site, eventually taking over the News Director role in Summer 2014 in addition to contiuing to review titles. At some point in late 2015, I took on the role of Managing Editor, effectively becoming Mac's second-in-command.

I have always been a video gamer, starting with an Atari 2600 when I was around 4, before working my way through most of the Nintendo consoles, up until this generation where I have been able to step out of the shadows and sample all the various consoles. While I have been playing RPGs for a number of years before — notably Final Fantasy IX, Pokemon and Golden Sun — I didn't actually realise the existence of RPG as a genre until after I'd played Tales of Symphonia and Baten Kaitos. Since then I've been correcting this ignorance and thoroughly enjoying myself doing so.

While the majority of RPGs I have played are JRPGs, I am always more than happy to play either them or WRPGs and often divide my time equally between handheld and console gaming. Outside of RPGs I predominantely play sports games, having always been entertained by sport both in real-life and video game form. In addition to sports gaming I also play hockey (the non-ice kind) for Milton Keynes HC and think it is clearly the most superior sport, although I certainly have plenty of fondness for the mighty Canadian version.

Outside of gaming, I also enjoy watching anime, mostly the mecha/sci-fi ones, and reading fantasy (at least when I've not distracted by the shiny videogame). I'm a Brit, although I've got no idea how much an accent I have and I've lived in Milton Keynes most of my life, the main exception being when I went to Keele University where I came away with a BSc in Maths and Computer Science. One final random fact: I'm 6'7" (2m) tall.