Despite the loss of Monster Hunter to Nintendo, Sony has not been lacking for games of its ilk on its devices. Toukiden: The Age of Demons was one such title, providing a decent, if not spectacular, beast-slaying experience on Vita. However, as is so often the case with the sub-genre, Koei Tecmo and Omega Force have returned to the title to enhance it and add more content in the form of Toukiden Kiwami, which also brings the game to RPGamers on the PlayStation 4. Although the gameplay enhancements are relatively minor, the significant amount of new content and excellent fit for the game on both handheld and console serve to make Toukiden Kiwami a more enticing product.

Toukiden puts players in the role of a new Slayer in the village of Utakata. Mankind is fighting what seems like a losing battle against the hordes of Oni, vicious beasts that suddenly appeared eight years prior. Slayers are the traditional protectors of the world and are now called into service almost exclusively as repellers of the hordes. Players get to fully customise the looks of their created Slayer, with a good number of colourful NPC Slayers already present in the village to bring the newbie up to speed before they are naturally surpassed in the pecking order by this promising new arrival.

The original game is present in its entirety, which serves mostly to introduce and develop its main cast before making players prevent further catastrophe in the world that would spell the end of everything. This came to a fairly satisfying conclusion, although that particular ending point made it feel like a story only partly told. The new story content works to double the game’s time to completion, now up to around fifty hours, as well as serving up much more closure to the tale. It’s not at the apex of storytelling, but is great at keeping the feeling of progress flowing, provides fairly strong and highly likeable characters the player grows to care about, and is generally worth its time. Some questions are left unanswered, perhaps intended as to warrant another title down the line. 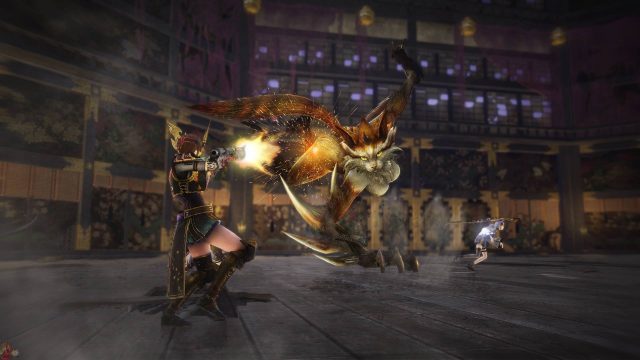 The combat in Toukiden Kiwami is strong, not rocking the boat any from the highly enjoyable action present in the original release. Early missions focus on defeating various smaller Oni, that go down very quickly in maps made up of a number of interconnected arenas, but these quickly make way for the true meat of the game — battles against the much larger and more threatening boss-type Oni. While the smaller varieties are effectively cannon-fodder, the larger beasts are unsurprisingly much tougher to vanquish. Players will notice early on that the health gauge, visible in focus mode, for these creatures seems not to go down at the start, however, once the Slayers start breaking off body parts, the Oni’s true form is revealed in translucent regenerations of those parts and its life starts getting sapped away. Oni also have the propensity to go berserk, during which time their attacks become considerably more dangerous, but at the cost of being a lot more susceptible to damage. Keeping an eye on the Oni for tell-tale signs of upcoming attacks and dodging out of the way is key to success, as it’s all too easy for careless attackers to be swiftly wiped out.

For most missions players are accompanied by up to three NPCs, which are more than capable at holding their own and supporting the player, with it being highly noticeable in how much tougher things can be when they aren’t present. The controls are consistent across both PS4 and Vita versions, and work equally well with both of them. Square and triangle are used for general attacking and combos, with the circle button offering more powerful, ability gauge-draining moves, and X providing the ever-useful dodge-and-roll. Basic instructions can be applied to each of the NPC companions, though these are limited to a choice of free, attack, aid, and follow behaviours, with the AI plenty intelligent and able to not actually need anything further.

There are no usable items to speak of, however, a loadout providing similar effects is provided depending on the Mitama (souls of past heroes) a player has equipped. Players equip their weapon with one main Mitama, which affects which skill they have in their loadout. For example a Healing-type Mitama will provide skills that heal the player or their allies and some passive bonuses while there are one or two additional Mitama that just provide their passive bonuses. More Mitama are picked up by slaying the Oni, having been consumed at their time of defeat, and these can all be upgraded by an NPC in town when certain conditions have been met. Each upgrade grants a new passive ability, though only three can be held by each Mitama.

The main issue is that things get repetitive. While there is a lot of variation in the different types of Oni and their attacks, there’s never much change in strategy needed to defeat them. Possibly the best way to avoid the repetitive nature of the game is for players to switch up on their weapon type. There’s a lot of variation in weapons, including the two-handed sword, bow-and-arrow, and more unusual offerings like the chain-and-sickle, with Kiwami itself adding three new types, including personal new favourite, the rifle. A few new Oni type bring a bit of freshness to proceedings but again relies more than ideally on simply providing different elemental variants of each types. The lack in necessary strategy adjustment and strong ability of the NPCs means that getting through the story battles will not provide much difficulty for experienced action RPGamers, though there are plenty of challenging optional encounters on offer, particularly those that must be conquered solo. 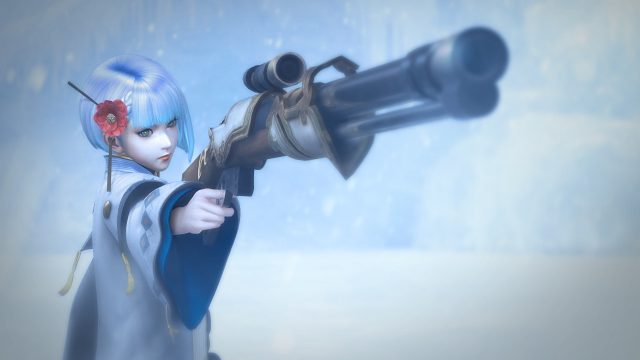 This is one of many boomsticks.

As is the norm, there are many different sets of weapons and armour to craft from the materials dropped from the various Oni or lying around in the battle arenas. Other areas provide a quick distraction between battles, such as being able to send the fluffy Tenko companion out to gather extra materials and a relationship system that is mostly superficial, though it does provide an extra passive bonus should players be on good enough terms for an NPC to allow them to bathe together in the village’s hot spring. Multiplayer is another area that could provide more enjoyment for RPGamers with up to four Slayers able to go through any of the game’s missions, provided all players have them unlocked.

Toukiden: The Age of Demons already looked very nice on Vita, and playing it on PlayStation 4 allows the game to show off its technically-impressive visuals more so, particularly in the game’s fully CG cutscenes. More Oni and a few new locations with generic layouts countered by pretty design adds some more variation between the backdrops in later fights, although perhaps not as much as some may hope. The audio remains Japanese-only. It’s by no means a major issue, but it removes any potential gains from the in-battle chatter, and the few in-battle story lines that are subtitled are very easy to miss in the chaos of fighting Oni. The game’s music is very good at providing appropriate or exciting background to the locations and when in combat, though is quite forgettable after the fact.

Toukiden Kiwami is easily a superior product to its predecessor. The new content is more than substantial enough for fans of the first game to find the new release worthwhile, although it won’t change the minds of those who weren’t sold originally. Toukiden Kiwami holds much appeal for fans of taking down large opponents, particularly those who have been patiently waiting for the sub-genre to escape its recent handheld exclusivity. It’s a highly enjoyable beast-slayer that feels right at home on both handheld and console. 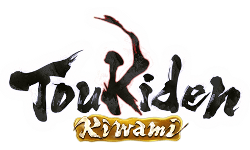