How often do you find yourself going back to your favourite childhood RPGs? Considering all the RPGs coming out in 2010, don’t you wish you could go back in time to the 1990s or earlier and relive your childhood RPGs the way you did when you first played them? Robert Boyd and William Stiernberg clearly had a mission when they created their Xbox Live indie game Breath of Death VII: The Beginning. This particular title is an homage to the games of yesteryear, but it showcases a unique sense of humor that is completely its own.

The world of Breath of Death VII is one that’s in ruins. After the world was destroyed by a devastating weapon of mass destruction, life as people once knew it is no more. An undead civilization rose and created life anew, until evil invaded the lands to terrorize the world. Enter Dem, a skeleton knight who fills the role of the silent protagonist; although his twist is that the player can see his thoughts on the screen. Upon accidentally meeting Sara, the Ghost Historian, Dem’s dull life is turned upside down as the hyperactive mage decides that she seeks adventure, and drags him with her. While exploring an old ruin, Dem and Sara meet Lita, a vampire techie who happens to be looking for old junk to tinker with, although she’s not very cautious or careful. Then finally, when a kingdom is under siege by a tyrant ruler, the gang meets their final party member, Erik, a zombie prince who sports a faux French accent. During their quest they will storm castles, explore old ruins of the former civilization, and wander through dungeons where mighty Ooze Dragons and chemistry sets may lurk.

Breath of Death VII is a one of a kind gem. Very seldom does one see parody RPGs on the market, especially in North America. It’s a game that doesn’t take itself seriously, nor does it want the player to feel that their quest is actually a serious matter. The writing is impeccable, sharp, and one will find themselves in gigglefits throughout, especially when they begin to recognize many of the references being made to older games, and the vast number of play-on-words. From classic RPGs such as Phantasy Star, Lufia, and Earthbound, to new titles like Mass Effect, and even a few non-RPGs such as Super Mario Bros., Breath of Death constantly shows its love to all sorts of games, old and new. This of course could not be achieved without the game’s cast of zany characters, the hilarious and awkward NPCs they encounter, the constant breaking of the fourth wall, and the strength of what’s being poked fun at. Breath of Death‘s story and originality is really what makes this gem shine from beyond the grave. 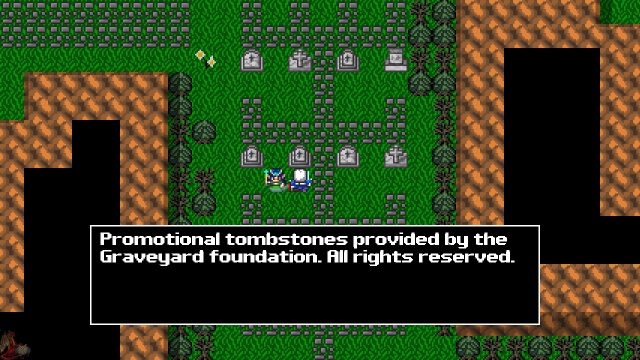 Of course, every good RPG has to have a well-crafted combat system. While Breath of Death‘s isn’t perfect, it’s one that has a lot of depth… providing you’re paying close enough attention. The combat is presented in first person, and is similar to that of Retro Game Challenges‘ Guadia Quest. Characters and attacks are not visible on screen, but enemies have visible hit points. Unlike Guadia Quest, Breath of Death has a unique combo system that isn’t seen in most turn-based RPGs. Certain usable skills do far more damage depending on how high the combo counter is. Combos are gained by using different attacks, though when a player uses a combo attack specifically, the counter is immediately reset to zero. There is also Unite attacks that can be used providing the characters have enough MP to perform them, and these attacks will often do double or even triple the amount of damage than a regular skill. Each character also has a wide arrangement of attacks they can perform, and experience is gained quite rapidly. However, considering the speed of random encounters, players will find themselves tapping A quite quickly, and sometimes not even pay attention to the commands being implemented. This will often lead to accidental errors in judgment, thus resulting in a DEFEATED screen.

Although combat moves at a fast pace and leveling is a breeze, one fantastic addition in the combat system is the branch level-up bonus. When a character levels up they are given the option of picking A or B, each showcasing two different types of level-up bonuses that can be acquired, allowing players to customize their party to tailor to his or her play style. Another nice feature is that after every battle, health is replenished, making usable items nearly non-existent. The exception are potions which have the ability to revive any fallen ally. This latter feature in particular is a godsend, because more often than not there are many tough battles where the results may be the player winning by the skin of their teeth.

That being said, one issue that may raise a concern is that mana points are a lot trickier to revive. After every battle, players will be rewarded with a small amount of mana restored. It’s only when the player finds an inn or a save point that mana can be fully restored. This becomes problematic in some dungeons and areas as the save points are often so far apart that if one dies, they lose all the progress they’ve made. This can be somewhat avoided should players grind next to a save point, or hit the “Fight” command in the menu for instant grinding. Also, the number of random encounters in each dungeon is limited, and the menu can inform the player of how many are left before it’s been cleared of enemies. This feature is fantastic for those who love to explore without hassle, as this allows the player to fully explore dungeons without the risk of possible death or constant interruption. 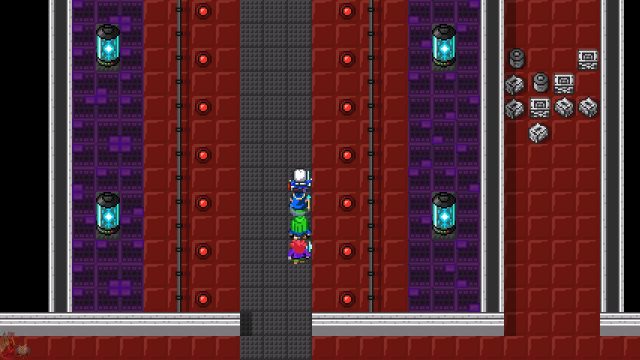 This area will make your head spin!

Another smaller gripe comes from the games visuals. While they look awesome in their retro 16-bit nature, the environments in some areas are cluttered with lots of objects on the screen, sometimes making it tricky to figure out where one needs to go to make progress. There were numerous occasions where I couldn’t tell if I could pass through an area due to the amount of stuff on screen. While I enjoy the visuals, some of the dungeon designs are hard on the eyes, especially the final dungeon which in itself is an epic maze. Still, the design is to replicate a 16-bit era RPG, and it does that for the most part successfully. The music is also reminiscent of the good old days of gaming, sporting several catchy tracks along the way. While the music gets a tad repetitive, and there isn’t a lot of variety, the tracks that are displayed in the game are strong pieces that are catchy and fun to listen to.

Breath of Death is a very short title, clocking in at just over four hours to complete, though it can stretch closer to six depending on how much of the game’s content is explored. There is additional post-game content that includes a score attack mode for those who wish to show off how much they’ve mastered the game’s combat system. There’s also two difficulty modes, Normal and Hard, although the game can be pretty challenging even on Normal, as the combat system can make players a bit careless in their actions. However, for a dollar or 80 Microsoft Points, this game is worth every penny, no matter how reckless one’s actions may be.

Robert Boyd and William Stiernberg should be immensely proud of their efforts. They’ve created a novel little title that is a shining example of what made RPGs in the ’90’s so much fun. While I’m sad my time with the game was so short, I enjoyed everything that the game attempts to accomplish in its manifesto of parody. It’s truly fun to play a game that can remind someone of their childhood, and further remind them of what makes old school games such a joy to remember. Breath of Death is by no means a perfect experience, as it does appeal to a very specific audience with its retro style. Still, it displays plenty of humor and heart, and this makes it worth playing. Like an elementary school crush, Breath of Death has lasting appeal that leaves it memorable.