The Pokémon Company released new information, screenshots, and a trailer for the latest generation of Pokémon titles, Pokémon Scarlet and Violet. The update covers the game’s three interconnected storylines, as well as introducing new characters and Pokémon appearing in the games.

Pokémon Scarlet and Violet have three different story threads: Victory Road, Path of Legends, and Starfall Street. Victory Road features the traditional Pokémon League challenge of players heading to Gyms to challenge their leaders, collect badges by beating them, and become Pokémon Champion. Path of Legends sees players go out to look for the Herba Mystica, a set of rare ingredients, with their upperclassman Arven. Finally, Starfall Street has players taking on a group of trouble-causing delinquents called Team Star.

Scarlet and Violet will purportedly let players tackle different areas in its open world in whatever order they wish. The games will let players walk in the field with one of their Pokémon, and will include a new “Let’s Go!” feature that lets them send that Pokémon off in an indicated direction. The Pokémon will pick up any items it comes across and potentially automatically battle other Pokémon it encounters.

The update introduces three new Pokémon unique to the Paldea region. Armarouge can only be found in Pokémon Scarlet, while Ceruledge can only be encounter in Pokémon Violet, though Klawf can be found in both games. Armarouge is a Fire/Psychic-type Fire Warrior Pokémon, and Ceruledge is a Fire/Ghost-type Fire Blades Pokémon, with both donning their own set of stylised armour. Finally, Klawf is a Rock-type Ambush Pokémon that likes to cling upside down in high places, though cannot do so for very long. 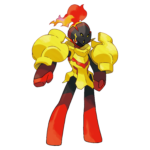 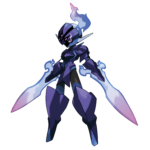 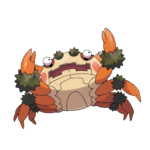 Pokémon Scarlet and Violet will release worldwide for Nintendo Switch on November 18, 2022. They will be available physically and digitally, including in a physical bundle containing both games, with European copies for the dual pack including a SteelBook case. In addition, Nintendo has announced a new special Pokémon Scarlet and Violet-styled Nintendo Switch OLED Model console. The console will release on November 4, 2022.