Histories of the Emblem

by Cassandra Ramos and Joshua Carpenter

The Fire Emblem series has witnessed a radical reversal in fortune over the course of the past generation. At the beginning of the 3DS era, things looked bleak for the series as the two DS remakes that constituted Intelligent System’s most recent efforts were met with limited interest. Fast forward six years and now Fire Emblem is one of Nintendo’s crown jewels; garnering big media pushes and spawning mobile games and spinoffs. With the main series poised to make a return to a television-compatible platform for the first time in over a decade, it seems like an appropriate time to take stock of where the series is at and speculate a little about the future of Fire Emblem on the Switch.

We start by looking back at the last time Fire Emblem graced television screens, Path of Radiance and Radiant Dawn. After exploring those inexorably-linked games, we take a tour through the 3DS Fire Emblem catalog: Awakening, Fates, and Echoes: Shadows of Valentia. With this extensive grounding in the current state of the series, we look forward to where Fire Emblem is headed in the future on the Switch. Now, let’s return to the GameCube and Wii era, the last time a mainline Fire Emblem graced a home console. 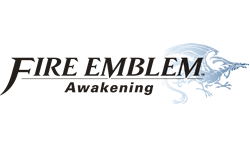