Nintendo has revealed some more details about the latest update for Xenoblade Chronicles 2, including two new rare Blades being added to the game. The 1.4.0 update — which releases on Friday, April 27, 2018 — also features NPCs who will trade experience points for Poppi parts for those playing a second (or later) playthrough and a new sorting option.

The first of the new Blades, weaponised life forms who are linked to a Driver and augment the Driver’s combat abilities, is Poppibuster, a giant robot that has a yellow-haired Poppi riding on it. Poppibuster is available only for those who have purchased the game’s Expansion Pass and unlocked through a special quest. The second Blade is T-elos Re:, a rival character to KOS-MOS in the Xenosaga trilogy, with the latter already being a rare Blade in Xenoblade Chronicles 2. T-elos Re: can be obtained by anyone who has completed the game (denoted by a star mark on the clear file) and is obtained through Blade resonance.

Nintendo also mentioned its plans for upcoming updates, confirmed that forthcoming releases will include new rare Blades, challenge battles, a new harder difficulty mode, and more Expansion Pass content. Xenoblade Chronicles 2 is available now for Nintendo Switch and is the third Xenoblade game, following Xenoblade Chronicles and Xenoblade Chronicles X, though all of the titles are standalone. Those looking to read more can check out RPGamer’s spoiler-free review. The game also won Best Switch RPG and achieved third place for Game of the Year in RPGamer’s 2017 awards. 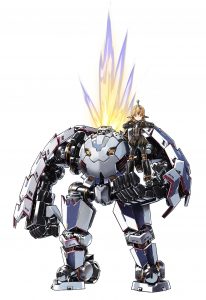 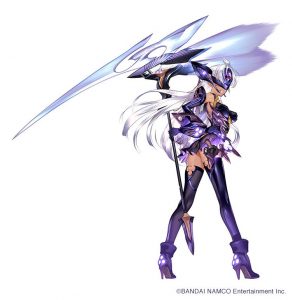