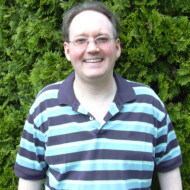 Thuroros
Michael joined RPGamer as a columnist in 2020. He started playing games when for his 8th birthday, he got a Nintendo Entertainment System. His first RPG was Final Fantasy. Along the way Michael found other RPG franchises he liked, including Dragon Age, Ys, Dragon Quest, and Tales. Michael works in the entertainment industry, is a published poet on Amazon, a digital preacher on SoundCloud, and a beginning guitar player.
This user account status is Approved
About About
Comments Comments

When I started playing video games back in 1988, it was because of Nintendo. When I got a NES for my 8th birthday, and started playing games like Super Mario Bros., Duck Hunt, Kung Fu, and Rad Racer, I fell in love with the home console market. Really, that's how it all got started.

The first RPG I remember playing was Final Fantasy. I didn't know at the time that I had to "equip" gear after I bought it. Once I realized that the capital "E" meant equipped, I got hooked on Final Fantasy, and then RPG's in general.

What I value the most in an RPG (or any game really) is whether it is fun to play. If the game isn't fun to play, I can't play it. Don't get me wrong, I value a good story, the graphics, the soundtrack, and level design. But as a gamer I don't want to be too frustrated playing a game.

These days I'm hoping to venture into new arenas for RPG's, titles I haven't tried before. If you want to suggest any, hit me up on my Twitter and we can hold a conversation. I've been gaming over 30 years, so I do have a catalogue of games. But, that doesn't mean I won't try something out and see if I like it.

Along with doing RPG stuff here, I'm also a published poet and I work in the entertainment industry. I'm learning the guitar and I'm interested in different religious topics too, if that's your cup of tea.

I do hope you enjoy your stay here at RPGamer.com.

Oh, one last thing. The origin of my Gamertag/PSN ID is that I found the word Thuroros in the Greek Translation of the Old Testament, and it means "gatekeeper." I thought that sounded like a powerful position to have, so I've used that for many years now.