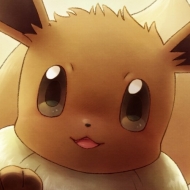 Clix
Former RPGamer staff member and current Listmaster of the Completed Games List located on the forums.
This user account status is Approved
About About
Comments Comments

I am regularly expanding my music collection.

I started with Pokemon Yellow Version in 2000, but I did not know that Pokemon were RPGs. The first RPG that I played with the intent of playing an RPG was .hack//Infection in 2003. I got into the Final Fantasy franchise in 2004 and eventually caught up on all of the offline, numbered titles by 2010, just as Final Fantasy XIII launched in the West. I have yet to play a Western RPG, though I do have the Mass Effect trilogy downloaded onto my PS3 for some distant rainy day.