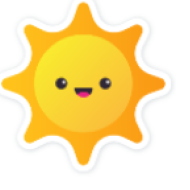 Thuroros
Michael joined RPGamer as a columnist in 2020. He has an interest in games and their presented worldviews about topics such as government, society, and religion. He is also a fan of battle systems that are easy to understand but hard to master.
This user account status is Approved
About About
Comments Comments

My favorite sport is baseball. My favorite team is the New York Yankees.

I also have enjoyed a number of sports games over the years, games like Tecmo Bowl, Madden 92 & 93, and NHL 94. Contra was a very important game in my childhood growing up. I have practically memorized the first level in Ninja Gaiden on the NES.

I sometimes like to play a variety of fighting games, while my favorite is Mortal Kombat. I like to check out the FGC on Twitch from time to time.

Thanks for reading. I hope you will like some of the content that I will bring to RPGamer.

Re:ZERO - Starting Life in Another World: The Prophecy of the Throne