Hogwarts Legacy Delayed Until Next Year

Warner Bros. has announced that Hogwarts Legacy will be delayed until 2022. The game was originally announced during Sony’s PlayStation 5 event in September 2020 and initially expected to launch this year.

Hogwarts Legacy is an upcoming game set in the Wizarding World of the 1800s. It’s being developed by Avalanche and published by Warner Bros. under the Portkey Games label. It is in development for PlayStation 5, PlayStation 4, Xbox Series X, Xbox One, and PC. 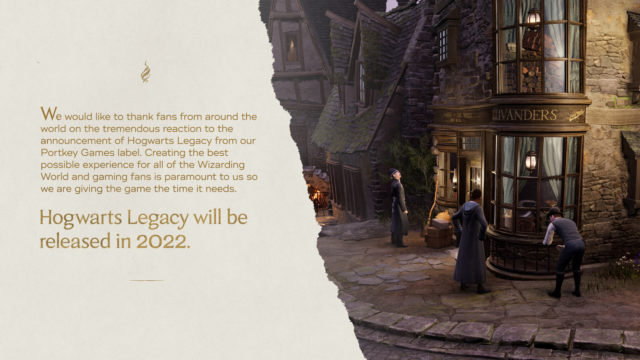